Do you remember the Missing Woman Found Alive in a Wrecked Car After 8 Days? See her new look

It was September of 2007, Tanya Rider who lived in Seattle, Washington, had stopped showing up to work. Her husband, Tom, hadn’t heard from her or seen her in over two days. This wasn’t strange for Tom because it wasn’t unusual for them to not see each other for a few days as they were both working two jobs and often their shifts would overlap with each other. 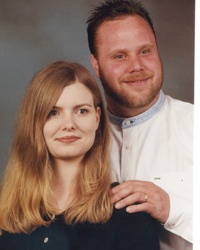 However, when Tanya’s manager called Tom asking him if Tanya was okay because she hadn’t shown up to work in last two days, he knew something was not right. He hastily called all of their friends and relatives to see if anyone had heard from Tanya over the past 2 days. But no one knew anything at all. He finally realized that Tanya was missing and called 911 to report her as a missing person. However, the operator he got hold of for some reason wasn’t too keen on registering his case. The operator asked him if she was an adult, he said yes. Then he asked him if she has dementia or if she is suicidal, he said no. So, the operator said that they cannot register her as a missing person as she was an adult with no medical history. He was shocked! He pleaded and begged them to please check her cellphone records to see if it can help them trace her location. But the King county’s sheriff department refused.

But Tom was adamant. He kept bugging the 911 operators and the sheriff’s department, and he also tried to get the local news’ attention on his wife’s case. Finally, after a lot of effort from Tom and some media pressure, the cops decided to take a look at the case. They looked at her bank activity, but there was nothing unusual. They speculated that she had run away, but Tom said, “Listen, I know my wife. If she’s going to run away, she’s definitely going to take stuff with her. At least some of the money.” After ruling out the voluntarily running away theory, they decided to check her phone records and her cell phone location. And boom! they got a ping. Her phone was still active and they were able to trace the location. When officers reached the location, which was 20 feet down the roadside ravine, they were shocked to their core! They had found her blue Honda crushed, behind the bushes. And when they got closer, they couldn’t believe their eyes. Tanya was alive!!! Barely, but alive after being stuck inside her car for nearly 8 days! Her legs were crushed under her dashboard and she was brutally injured. Her kidneys were failing from dehydration and a buildup of toxins caused by muscle damage. Her clavicle and ribs were broken, her shoulder dislocated, her left leg severely hurt. Her lung was punctured and she was in so much pain that she had to be put in a medically-induced coma. 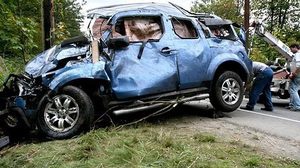 When she finally woke up, she had no recollection of what had happened, or how she ended up in an accident. There has been speculation that her hectic work schedule had led her to fall asleep at the wheel, and some have been saying that she might have been texting while driving leading to her accident. But whatever the reason, the fact that she was able to survive after being trapped injured with no food and water for almost 8 days is a survival feat!