Strain streams in the territory of Ago-Iwoye as Mob irately beats driver to stupor in the wake of pounding a motorcyclist to death.

The mishap happened at old Round-About, region of Ago-Iwoye Ogun State on Saturday morning at precisely 8:00 am. At the point when a truck driver lost control because of overspeed and knockdown a motorcyclist, squashing the rider to pieces. 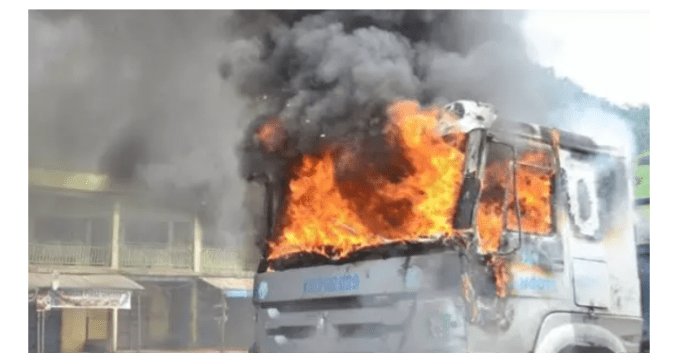 Representative of the Traffic Compliance and Enforcement Corps (TRACE), Babatunde revealed in the wake of affirming the occurrence expressing that the truck driver was originating from Ago-Iwoye when he lost control with overspeeding and hit a motorcyclist to death. Enraged by the incident, a Mob hurried to the street where it happened and beat the driver mercilessly and set the truck on fire. 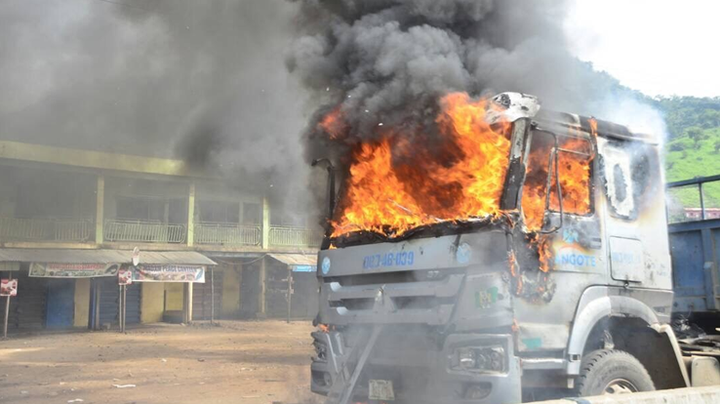 Babatunde said; "This truck driver was originating from Ago-Iwoye with high speed, and because of that he lost his control and squashed a motorcyclist to death before an angry Mob blocked the street and pursued the driver when he attempted to run away. The driver was genuinely beaten and the truck was burnt down by the Mob. The truck driver would have lost his life due to serious beaten if we had not come to his rescue. He has been arrested alongside his motor boy." 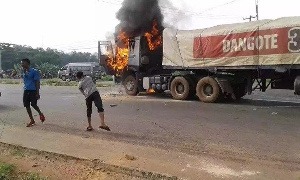 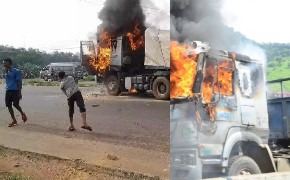 Remain favored as you do so. PEACE!!!