Tolulope Arotile Died As a Result of Head Injuries - NAF

By GistMikeWorld (self media writer) | 1 year ago

The Nigerian Air Force[NAF] has released a report on the preliminary investigation on Late flying Officer Tolulope Arotile.

Different news have been coming up about Arotile death who died on Thursday,Jyly 14 2020. The news that everybody wants to know about death has been explained by the NAF spokesmen.

The spokesman of the service has addressed journalists on Thursday and give detailed explanation of what happened.

He explained that Arotile was returning from the marketplace near the military bases at about 4.30 pm when the incident occured.

"Three of her for former schoolmates at the Air Force Secondary School,Kaduna;Mr Nehemiah Adejoh, Mr Igbekele Folorunsho and Mr Festus Gbayegun drove past her on Kia Sorento SUV,with Registration Number AZ 478 MKA. It is noteworthy that Messrs Adejoh, Folorunsho and Gbayegun are all civilians who live outside NAF Base Kaduna, but were on their way to visit one Mrs Chioma Ugwu, wife of Squadron Leader Chukwemeka Ugwu, who lives at Ekagbo quarters on the base". He explained.

He further said " Upon recognising their schoolmate, Arotile after passing her, Mr Adejoh, who was driving,reversed the vehicle,ostensibly in an attempt to quickly meet up with the deceased who was walking in the opposite direction".

"In the Process, the Vehicle struck Flying Officer Arotile from the rear, knocking her down with significant force and causing her to hit her head on the pavement". 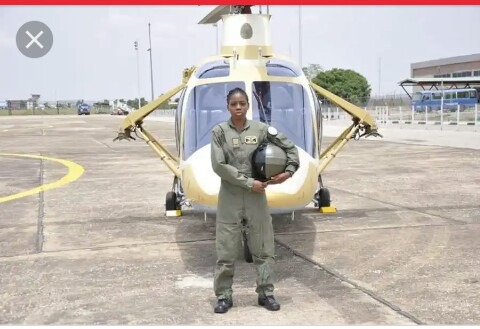 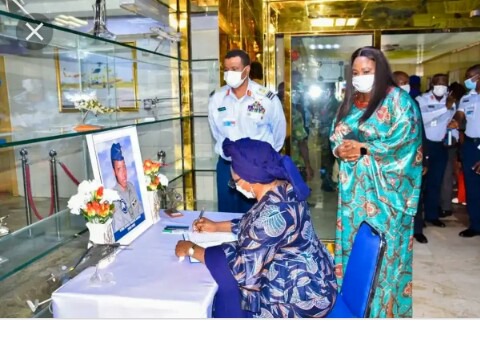 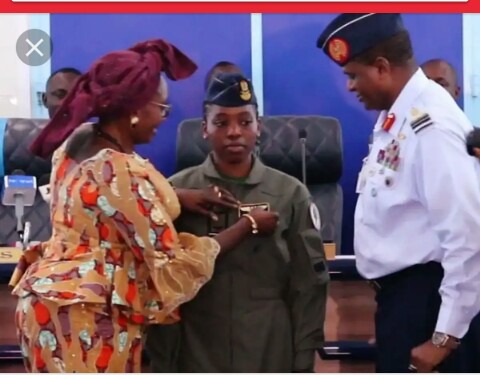 " The vehicle then ran over the parts off her body as it veered off the road beyond the kerb and onto the pavement, causing her further injuries. Flying officer Arotile was subsequently rushed to 461 NAF Hospital Kaduna for treatment,while Mr Folorunsho(One of the occupants of the Vehicle) who is also an Accident & Emergency Nurse at the St Gerard Catholic Hospital Kaduna, adminiatered First Aid".

He then later said the men in the vehicle were immediately detained at the Air Provost Wing,453 Base services Group Kaduna as investigations began. 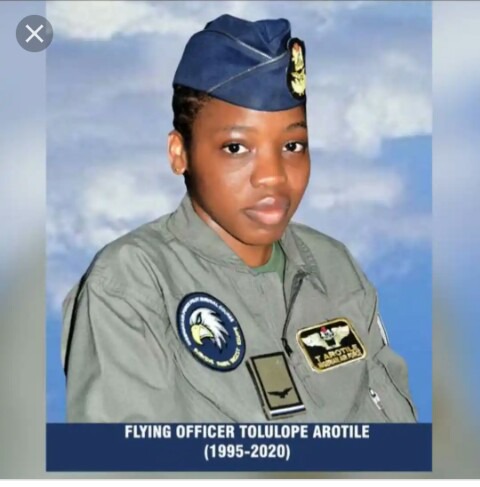 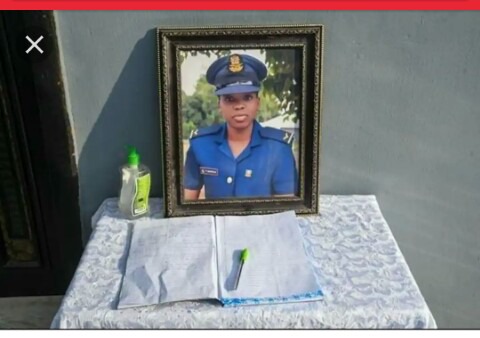 He further said they were tested to see maybe they were drunk but they didn't see any traces of Alcohol. He confirmed she was dead because of the head trauma from the hit from the car and the investigation will be handed over to the police.

When I read this news,I just felt it was not worth it. For a woman having good career and more to give to her Father's land, to have been killed by head trauma due to an hit from a car is so sad and disheartened.

R.I.P to this courageous woman.

What more can we say than you give her the last goodbye wishes.