Father of late Pilot Tolulope Arotile : I spoke to my daughter few hours to her death

By Priscyyy (self media writer) | 2 years ago

Father of late Tolulope Arotile ,the first combat helicopter pilot in Nigeria has recalled how he spoke to his daughter few hours before her death.

The father of the deceased has narrated his ordeal speaking with NAN on Wednesday on how being devastated is an understatement of how he feels about the death of his daughter.

The late Tolulope who was said to have died from head injuries sustained from an accident.

He said he spoke to his daughter around 1pm and recalled how he told her to come home on time not knowing his daughter won't return home.

Around 5pm he said he received a call and someone asked him if he had called his daughter and he said yes,the person then told him to call her again which he did but no response ,so he called her colleagues and they were crying on phone then one of their boss told him she was in the mortuary

'someone I spoke with four hours ago is in the mortuary and I was wondering how' he said,

He said he thanks God that she was able to achieve her dreams before her death. 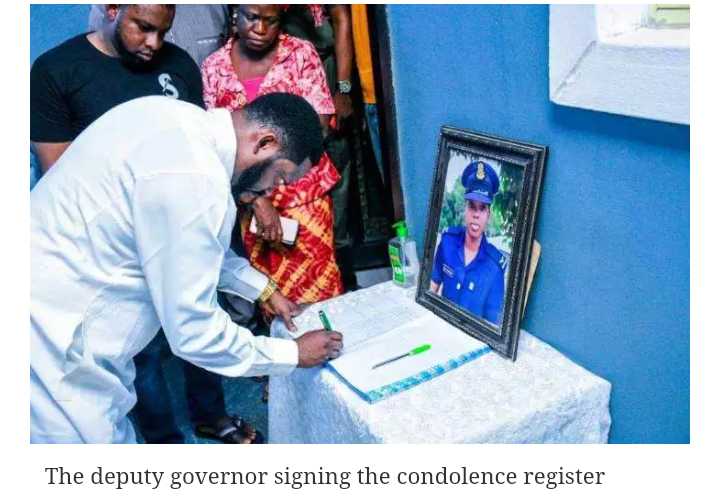 Content created and supplied by: Priscyyy (via Opera News )