What killed Nigeria's first female combat helicopter pilot Tolutope Aritotile and how to avoid it. 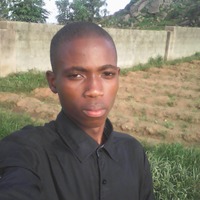 By [email protected]#ME.NOBEL | self meida writer
Published 7 months ago - 5195 views

Tolutope Aritotile was a valuable asset to the nation as a whole, she actively participated in the fight against insurgency and banditry in the north central states, manning several combat missions, air attacks in a bid to secure lives and property. 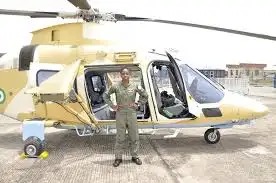 She broke the 55 years jinx when she was decorated on 15th of October, 2019 as a combat helicopter pilot in the Nigerian Air Force. 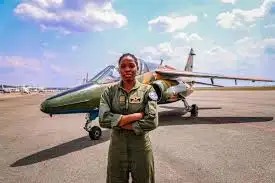 Tolutope Aritotile died on the 14th of July, 2020 from head injuries sustained from a road accident. Although the cause of the accident is not widely known, there are measures you can take to prevent to the bearest minimum the chances of road accidents and the casualties that follows it. 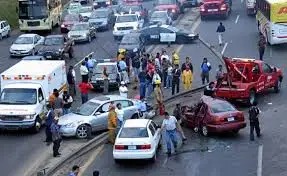 Relevant agencies like the Federal Road Safety Corps(FRSC) and the Vehicle Inspection Officers (VIO) have been put in place to ensure that only road worthy vehicles ply the roads. There are some precautions and tips that when followed the rate of car accidents will be greatly diminished. 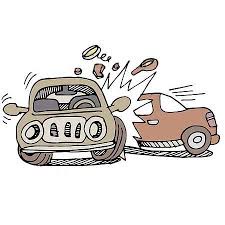 Carry the essentials: Things like fire extinguishers, seat belts, helmets should be present in vehicles as they apply. The presence of these and more is a risk, sunce the future is not predictable it is better to be prepared.

Vehicle Maintenance :Every vehicle should be routinely checked and serviced. 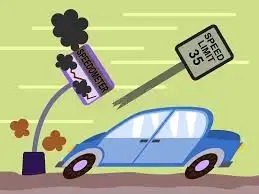 Before usage things like tyres, car radiators, fuel, brakes and the likes shiuld be checked before using the road, if a vehicle is using the road without this, the vehicle should not be boarded by a commuter. This point cannot be overemphasized, overspeeding has caused alot of people their lives, it is to check this that some roads have speed bumps. It is said that speed is a 5- lettered word and so is death while slow and life are both 4- lettered words, slow and steady not only wins the race but survives it.

Do not drink or eat and drive: Apart from alcohol, food or any other consummables should not be taken when driving, this is dangerous and will most likely increase the chances for an accident, therefore they should be avoided.

Distractions should be avoided: The road demands your complete and total attention, making calls, watching movies or listening to loud music are highly warned against. 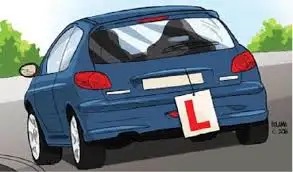 A learners permit and a driving license should be gotten before the person is allowed to drive a car and the same applies to other vehicles. 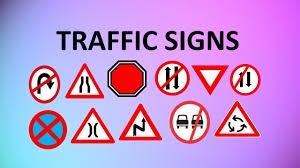 Traffic signs are meant to give a road user a mental idea of the road and it's vehicular flow. Although traffic lights may not be functional in some places, in places where they are present they should be obeyed. 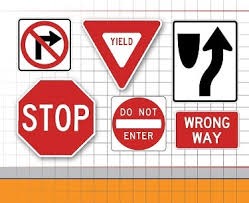 Conclusively, relevant bodies should perform their duties to make our roads safer, commuters should not board any vehicle that compromises any of the above tips. The road has caused the death of many, do not be another casualty.

Content created and supplied by: [email protected]#ME.NOBEL (via Opera News )

efcc office in lagos emir how to prepare coconut rice latest hair style in nigeria seun onigbinde
Opera News is a free to use platform and the views and opinions expressed herein are solely those of the author and do not represent, reflect or express the views of Opera News. Any/all written content and images displayed are provided by the blogger/author, appear herein as submitted by the blogger/author and are unedited by Opera News. Opera News does not consent to nor does it condone the posting of any content that violates the rights (including the copyrights) of any third party, nor content that may malign, inter alia, any religion, ethnic group, organization, gender, company, or individual. Opera News furthermore does not condone the use of our platform for the purposes encouraging/endorsing hate speech, violation of human rights and/or utterances of a defamatory nature. If the content contained herein violates any of your rights, including those of copyright, and/or violates any the above mentioned factors, you are requested to immediately notify us using via the following email address operanews-external(at)opera.com and/or report the article using the available reporting functionality built into our Platform 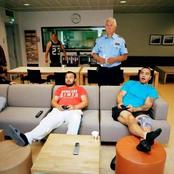 Opinion: Conspiracies behind the Backstage of Development in Nigeria 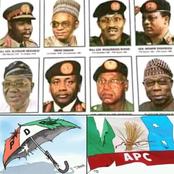 See What This Hausa Muslim Lady Posted That Got People Talking. Photos