By Infinite,Ideas (self media writer) | 1 year ago

The Earth has been around for a long time, and we're constantly making new (or old!) discoveries that have been lost or forgotten over the years. Here are 5 of the strangest things that have been discovered throughout history: 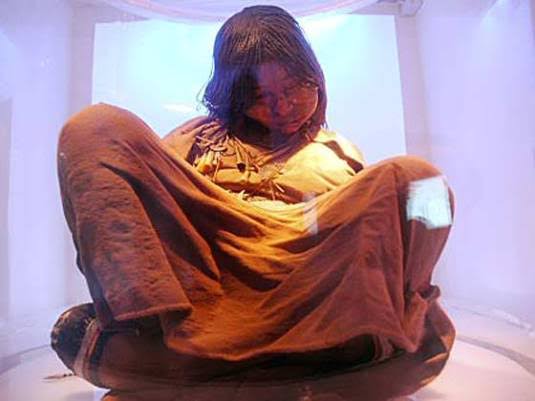 The mummy called la Doncellar ( the maiden ) was found frozen in ice in Argentina in 1999. The girl was found alongside two other children, they were all left to freeze to death on the Andes mountain as a ritual sacrifice to the gods, they were said to have died 500yrs ago. 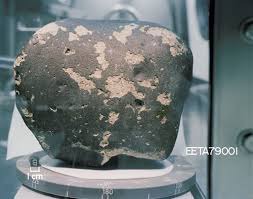 A rock from Mars was found frozen in ice in Antarctica, this metorite was called EETA 79001. It was partially covered by a black glassy layer. It was considered the second largest Martian meteorite found on Earth, at approximately 7900 grams, only the Zagami meteorite is larger. It is a very young rock, by geologic standards, dating to only about 180 million years ago, and was ejected from the Martian surface about 600 thousand years ago. 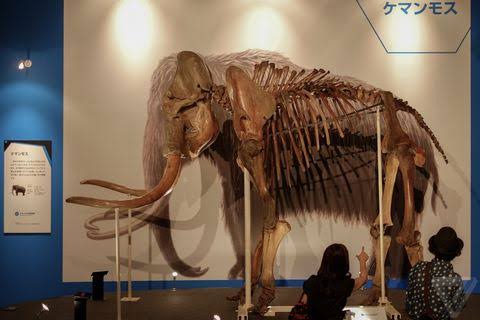 Yuka us the best preserved willy mammoth ever found and is currently being displayed in Moscow. The Mammoth was discovered in 2014 in Siberia along the oyogos yar coast approximately 30 kilometres west of the mouth of the kondratievo river. 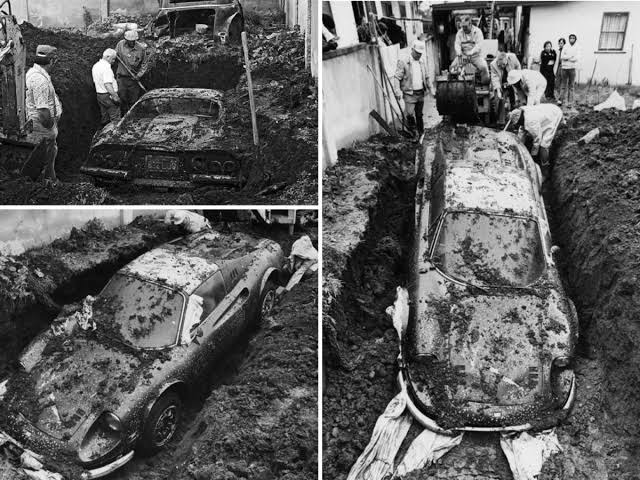 In February 1978 a group of young boys were digging in the yard of their new home when they came across a huge metallic object , it appeared that the boys had actually discoved a ferrari, After much speculation and media attention with very few leads, it was concluded that the car, which had been declared stolen four years prior by its owners, had been buried there by thieves. The then-current residents had only moved into the property a few months earlier – but amazingly none of the neighbours reported ever seeing the car being buried.

The car was returned to the insurance company that had covered the original owners’ loss and it was put up for private auction.

In 1974 a huge fire destroyed part of the Betz family's woodland, as they examined the damages they came across a strange metal orb. The ball was very smooth but had a single elongated triangle, they decided to take it home thinking it was some sort of space junk. After about 2 weeks they began to notice some strange activities with the orb, somtimes the orb would resonate with certain sounds and frequencies such as a playing guitar causing it to him and vibrate.What’s more, the Betz's discovered that if the orb was pushed across the floor, it would change direction of its own accord and often return to its original starting position.

The Betz's decided to go to the media, and photojournalist Lon Enger, of the St. Petersburg Times, corroborated the claims:

“[Mrs. Betz] told me to put it on the floor and give it a push. It rolled a ways and stopped. So what? She said, ‘just wait a minute’. It turned by itself and rolled to the right about four feet. It stopped. Then it turned again and rolled to the left about eight feet, made a big arc and came back right to my feet.”

A media frenzy ensued. Respected papers such as the New York Times and the London Daily sent reporters to witness the sphere, which repeated its tricks to countless people.

To this day, it’s still not known for certain what the Betz Mystery Sphere is – and we might never know because its current whereabouts are allegedly unknown. However, there have been many theories attempting to explain its possible nature, from an alien artefact to a plain and simple ball valve bearing.

Content created and supplied by: Infinite,Ideas (via Opera News )