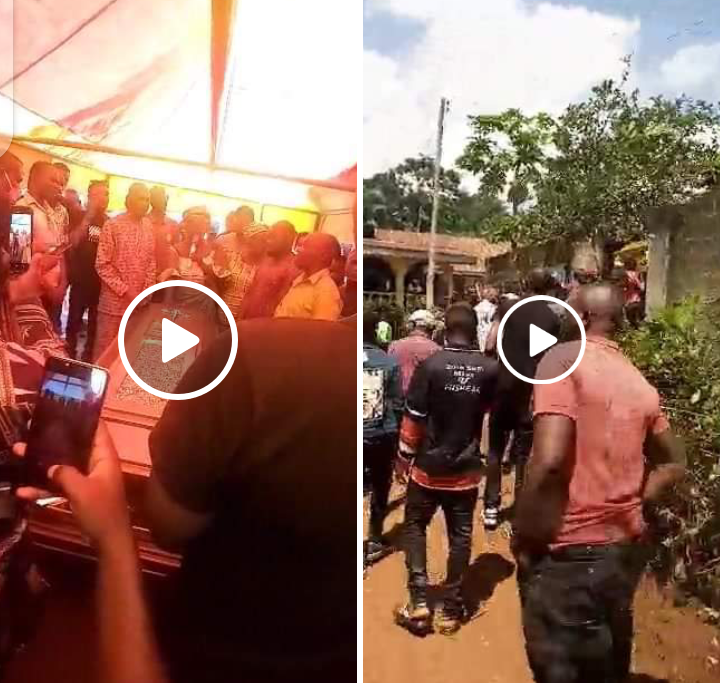 Remember the young guy identified as Mr. Mishaeqql Chinaza, reportedly died shortly after hanging out with some of his friends. He was laid to eternal rest yesterday amid tears.

Mitshael was buried yesterday 18th July, at his home town Ahiazu, Mbaise LGA, Imo state, leaving his bereaved loved ones in tears and heartbroken as they grieve over his sudden death.

One NWOSU BRIGHT (a Facebook user), a final student of Computer Science Department of Akanu Ibiam Federal Polytechnic, Unwana (AIFPU), who was confirmed to be a close friend to the deceased grieves as he shares a heartbroken bereavement. "TO A BROTHER I'VE LOST ON THE WAY

"The mystery of this life is really beyond human comprehension. You were a mate, friend and above all a brother. You were nice to yourself and entire people around you. You were intelligent, smart and courageous. We've been on this journey of life together from our very first year in school. Naturally and academically you were an embodiment of wisdom. Together we had dreams, dreams for better days, a better living and a better ending.

"Therefore, our solace is on him. Rest in peace is hard for me to say!

"Your body might have been laid today But you are FOREVER in my heart! - NWOSU BRIGHT" Bright in his note described the deceased with his smartness, loving, outstanding, braveness and brilliance. Adding that his demise have caused him many sorry.

Meanwhile, the late Mishael passed away on a black Sunday, 12th July 2020. Which left the family of Okorie-Ocha of Ahiazu, Mbaise LGA, Imo state, and the students of Akanu Ibiam Federal Polytechnic, Unwana (AIFPU), especially, the Department of Computer Science, as the sudden demise of their beloved Mr. Mishael Chinaza, was announced in the early hour of last Sunday. 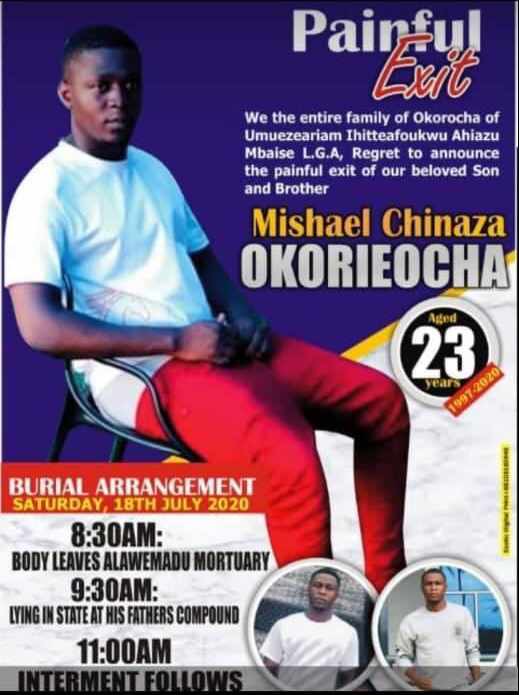 However as his body is laid yesterday, I pray that our Heavenly Father may assuage the anguish of bereavement, and leave his loved ones only with the cherished memory of the loved and lost. IJN...!

REST IN PEACE THE GREAT NACOSSIT