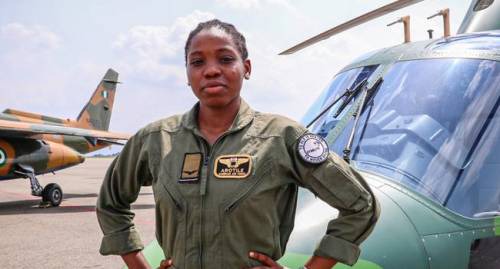 The Nigerian Air Force (NAF) has insisted that Flying Officer Tolulope Arotile, the first combat female helicopter was a result of accident caused by her excited former mate.

Director Of Public Relations and Information of The Nigerian Air Force(NAF), Air Commodore Ibikunle Daramola stated this at the NAF headquarters in Abuja.

The spokesman said Arotile was knocked down by her schoolmates and primonounced dead at the medical center at the NAF base, in Kaduna where she was rushed to.

Daramola gave the names of her old three school mates who drove the KIA SUV vehicle as Festus Bayegun, Nehemiah Adejoro and Igbele all from Kogi State.

He explained further that the accident happened around Mammy market of the barrack where Arotile went to make a photocopy, toxicology test has been conducted on the driver of the KIA SUV, he added.

Daramola urged the general public not to be sentimental about Arotile death but pray for the family and the repost of the deceased. 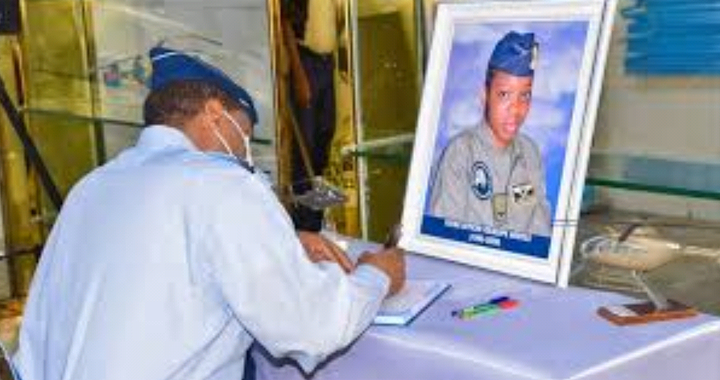 He maintained that the NAF is a disciplined organization that will never toy with the life of its officer.

His words reads in part:

“The Nigerian Air Force, being a highly professional and disciplined organization, will not join issues with any individuals or groups regarding the spurious allegations of ‘foul play’ espoused in some quarters. Suffice it to say that Flying Officer Arotile was a pride of the NAF in whom the Service had invested massively in terms of resources, time and energy. Consequently, it is ludicrous for anyone to even remotely insinuate malevolent intent on the part of the Service against one of its most prized assets.”

Recalled that Nigeria Air Force (NAF) on Tuesday, July 14 announced the tragic loss of its first female combatant helicopter pilot, Tolulope Arotile, who died barely eight months after she was winged and conferred with a special recognition.

She was said to have died in a road crash in Kaduna but many notable Nigerians and groups has queried the circumstances arounding her death.