When some folks were thinking on how to enjoy themselves in the unusual weekend, alas it was a dark moment for some on the other side. Waking up to the unfortunate news of an explosion in the northern part of the country was not pleasing to the ears and knowing that little children were at the central of such tragic incident melts my heart. 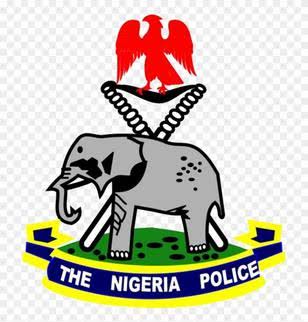 At about 11:30 am in a village called Yammama located somewhere around Malumfashi Local Government Area of Katsina State, a heavy noise struck like a thunder. The sound became more lound and intense that the Divisional Police Officer of Malumfashi led his boys, Operation Puff Adder to the scene.

Getting to the scene, there were presumptions on what could have caused such a terrible explosion on a farmland. This farm is owned by one Alhaji Hussaini Mai Kwai, an indigene of the community. During this time, the police were thinking towards a suspected case of bomb explosion.

Subsequently, the rescue team came to recover the dead bodies of five(5) children, while six(6) other children were severely injured. These five children were confirmed to be siblings and born by one Alhaji Adamu. It was gathered that the children had all gone to cut grass for animals' feed. The injured children are currently receiving treatment at the Malumfashi General Hospital.

After a thorough investigation had been conducted by the Police Explosive Ordinance Department and the Criminal Investigation Department(CID) respectively, it was later discovered that the explosive was a grenade that had been planted on the farm. They went further by confirming that the grenade was picked by the children while they were fiddling around with it.

While we urge the Nigerian Police force to do a more thorough investigation on this incident, we hope the following questions will be answered at the end of day.

1. Who planted the grenade on the farm?.

3. Where did they get the denoted grenades or who are the producers?

Some of the pictures of the survivors receiving treatment and the trigger of the hand grenade are shown below. 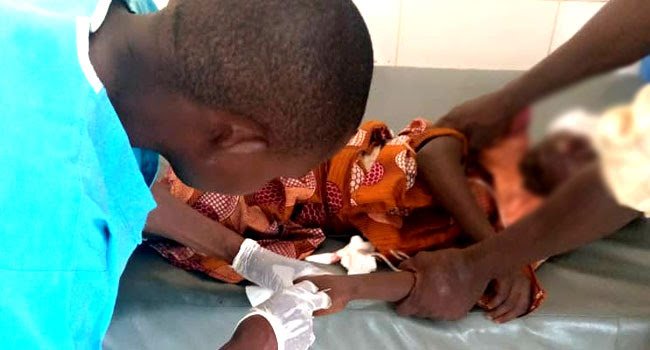 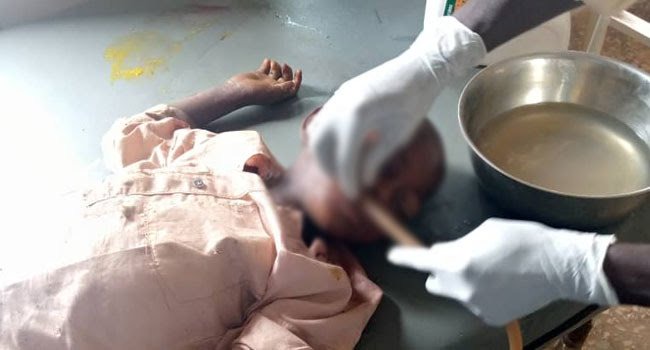 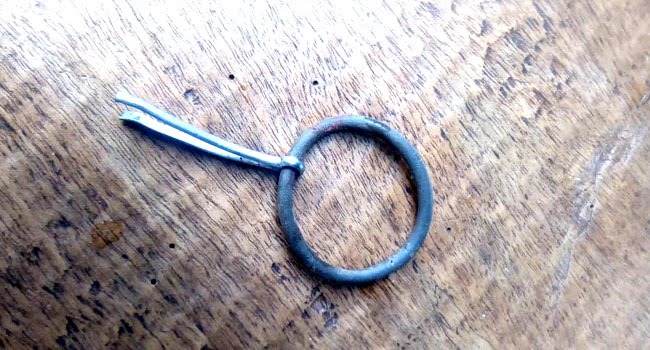 May Almighty Allah grant the family the fortitude to bear the loss.

Over to you audience..