Nigerians tackle each other over the truth behind Air-Combatant Tolulope Arotile's death. 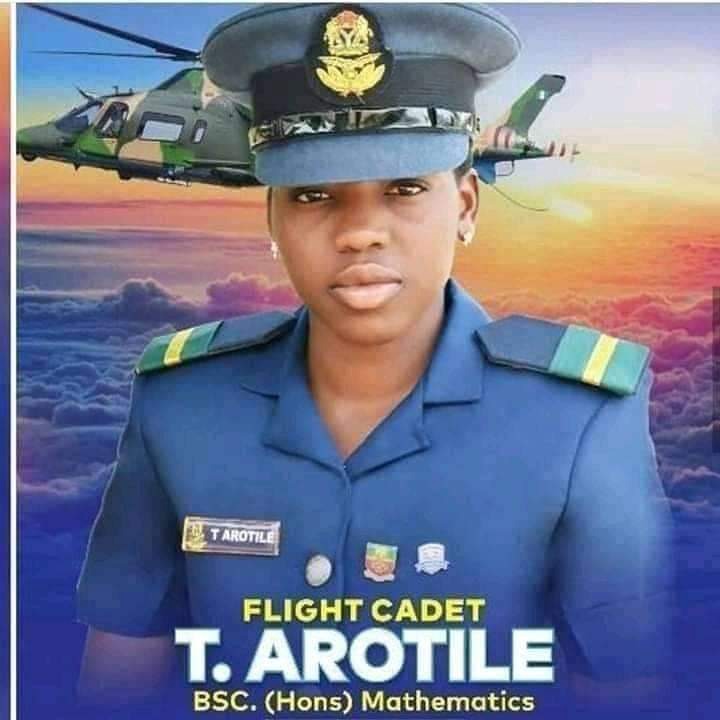 Nigerians on social media are tackling each other as they continue to argue and disagree over the truth behind the death of Air Combatant Tolulope Arotile. Most of them have refused to believe the reason given by the Nigerian Air Force, and that has led into arguments, blame and counter blame amongst some Nigerians.

Recall that the deceased was said to have died from head injuries and other complications after she was hit by her old friends who ran into her. The said friends were said to have recognized her along the road and in an attempt to reverse their car to meet up with her, then she was hit from behind, subsequently resulting into her unfortunate death. 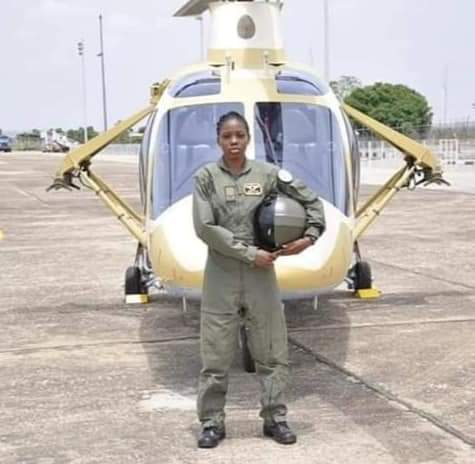 But that story has raised a lot of controversies and questions amongst Nigerians who refused to believe that story, as they believe the actual cause of the death of the 25 year old Flight Cadet.

Air combatant Tolulope Arotile was said to have had many altercations with her superiors. A moving car was said to have run over her inside the Air Force Base Kaduna..." one Kay DGreat wrote. 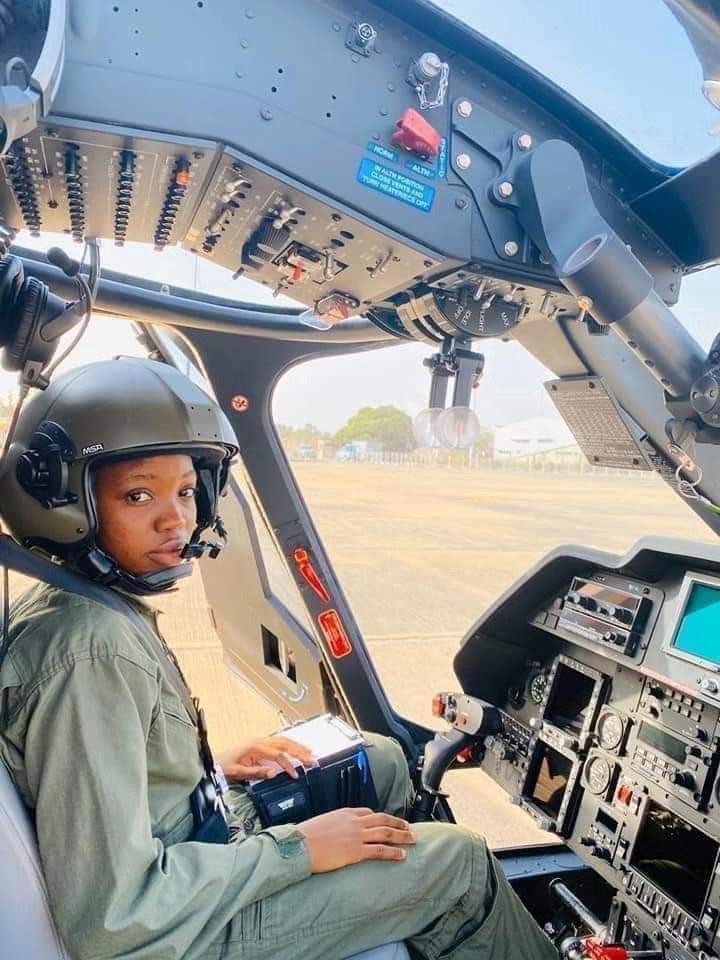 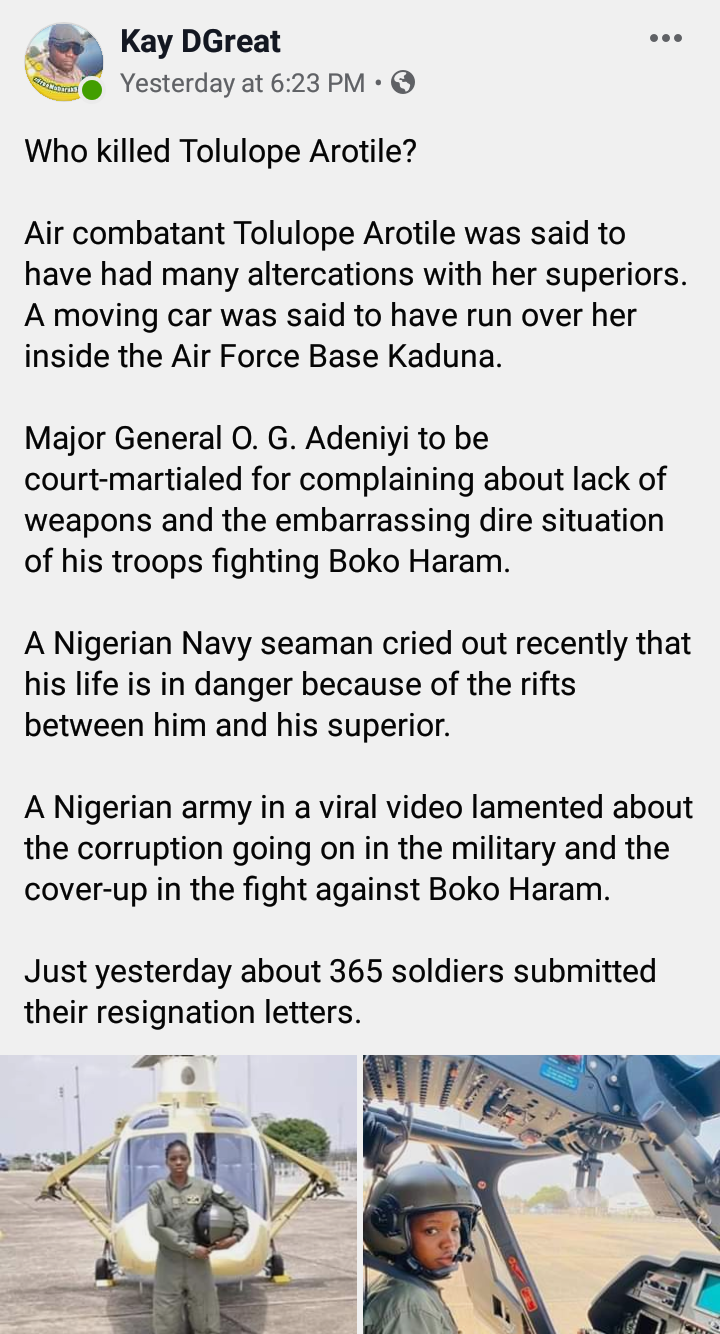 "This matter tire me. So many things sorrounding it. An Igbo friend of mine said something around his death been ochestrated, I refused to believe it until when my Dad send me a press statement yesterday. This is scary," Taiwo Ademola Eagle wrote.

"I truly wish her death will be investigated.

Is the base so big that cars can speed high enough to kill?

But what do I know," Zainab Hassan wrote

"There is no conspiracy in this case. It was just an unfortunate accident," Tracy Adole reacted. And this reaction from Tracy lead into several other disagreement. 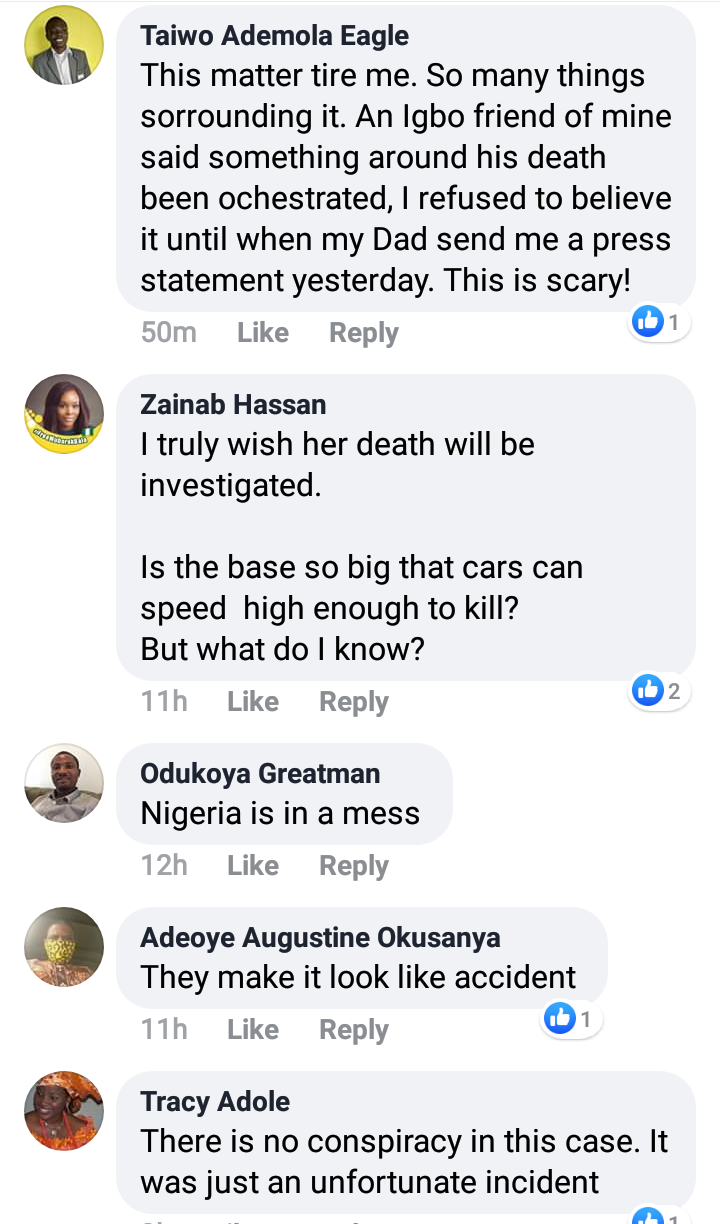 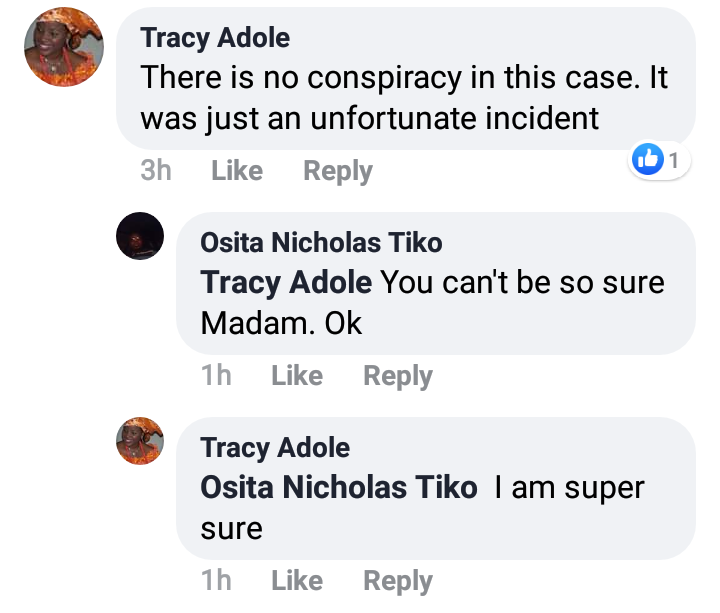 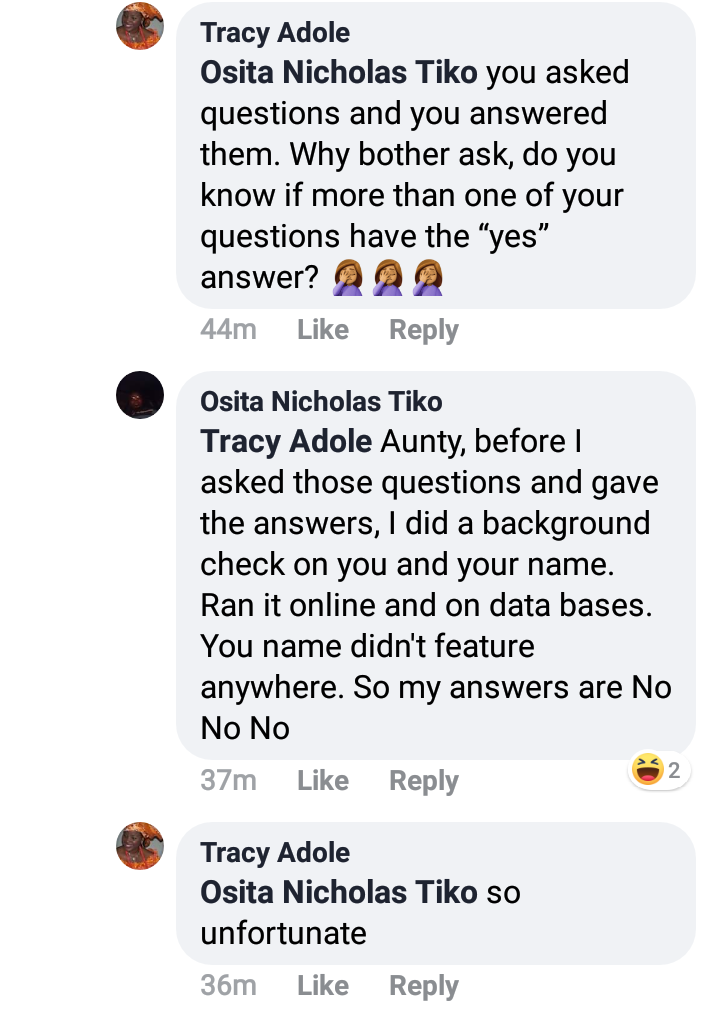 Well, the whole scenario is confusing and I do not blame any one who becomes suspicious of the circumstances leading to her death.