We can't believe you are no more - friends of the 23-year-old Man who died mysteriously cries out after seeing the date of his burial. 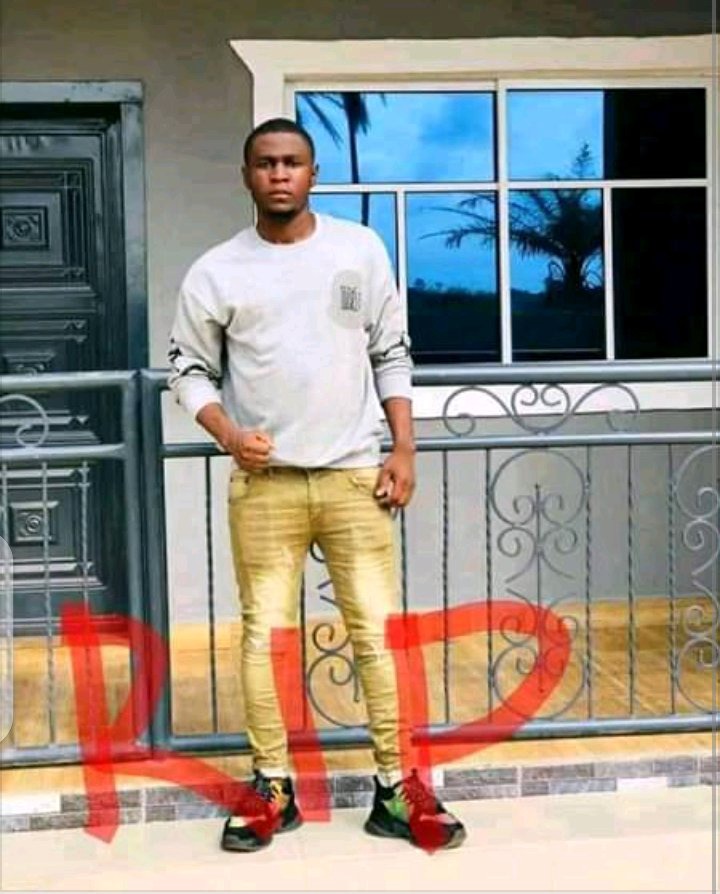 The rate of mortality in this recent time is quite alarming. During this covid-19 period, a lot of people have passed on , some not even because of coronavirus. Some died through accident, suicide. While some were murdered and others died mysteriously.

This alarming death rate should be of a great concern for everyone, owning to the facts that no one knows who's next to die. Indeed death awaits everyone one of us but God's promise to his people is that they shall die unfulfilled. Of late, many young Men and Women, some at the peak of their lives have suddenly passed away prematurely.

Therefore, we cannot question God on why he allowed such fate on us. But in submission to his will, we shall stand strong.

Although, it's painful , but we can't question God on why he allowed Misheal to die. Indeed , his family are in pain because of the death of this 23-year-old man, Misheal Friday , whose the circumstances surrounding his death is still unknown to everyone. Although, it was rumored that the late Misheal Friday died mysterious without any sign of sickness, after it was reported that he visited his friends.

Meanwhile, sequel to his death, a lot of his friends have really expressed shock over his sudden demise. Even his course mates in Akanu Ibiam Federal polytechnics, Unwana, where he was studying computer science,were not left out of the shock as everyone of them has taken their time to send across their condolences to their departmental group and the school page on Facebook.

Their condolences are so numerous, but here's few of them below . 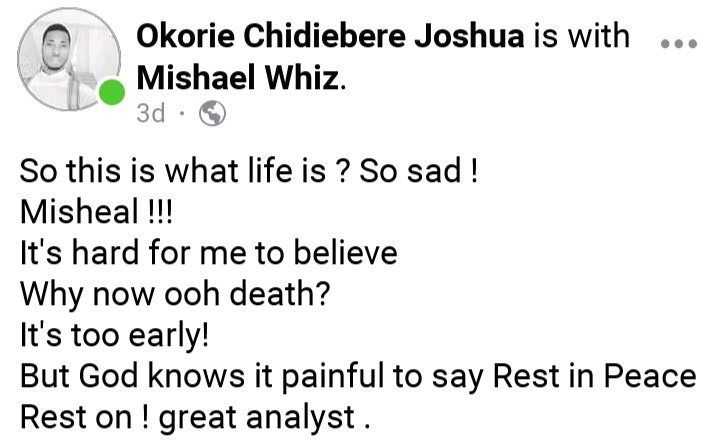 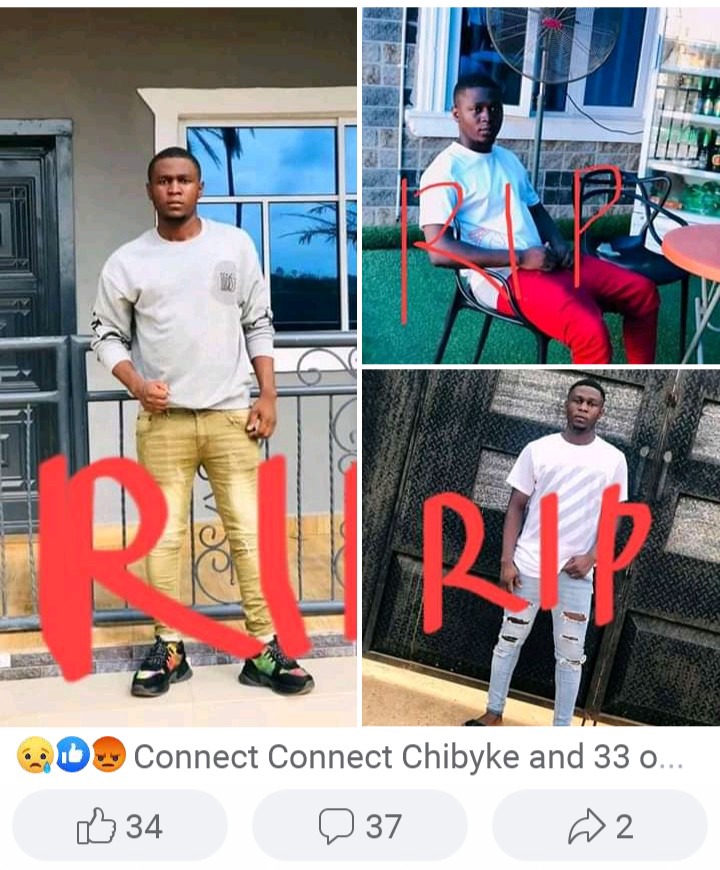 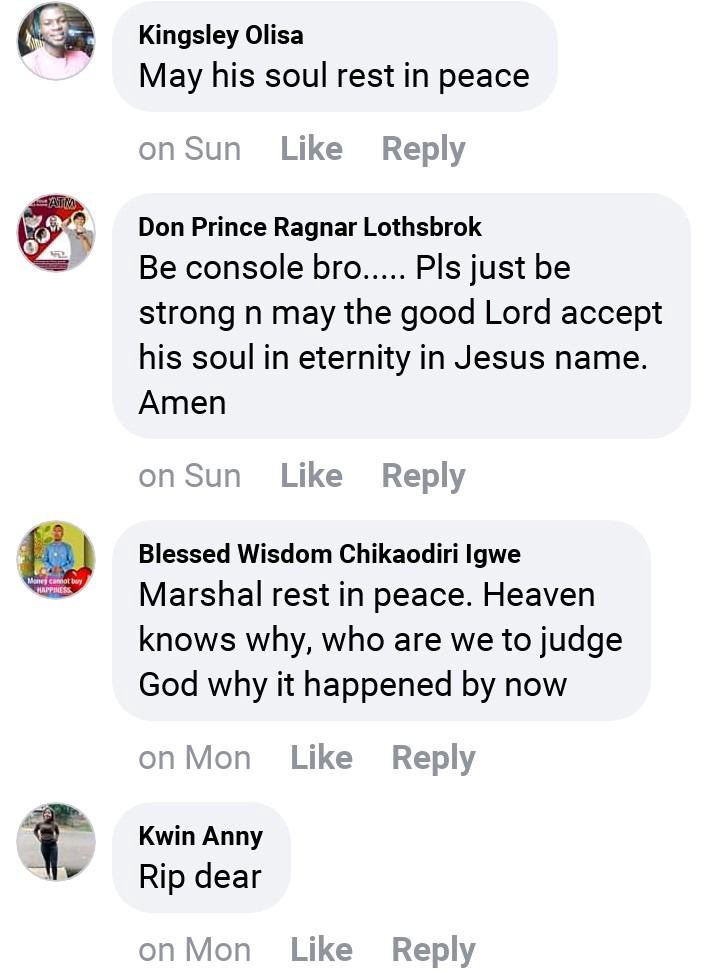 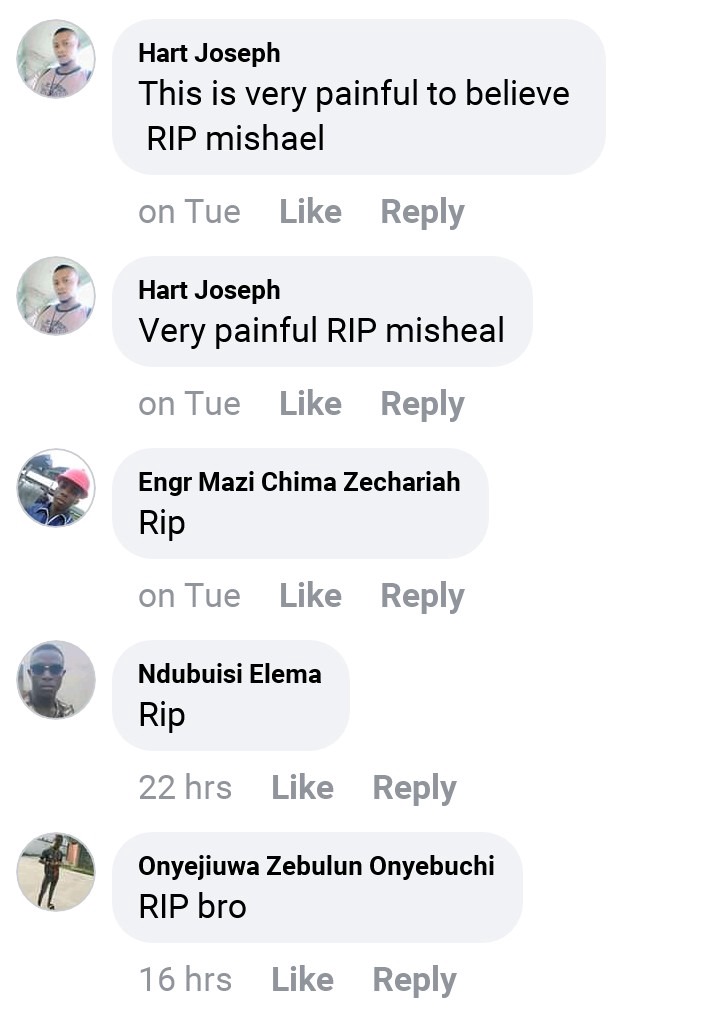 Out of the deep wounds in the hearts of the entire family members of Mr Okorocha Umuezeariam Ihietteafoukwu of Ahiazu Mbaise in Imo State, regret to announce the painful exit of their beloved son and brother, whose burial has been scheduled to hold on Saturday July 18th . 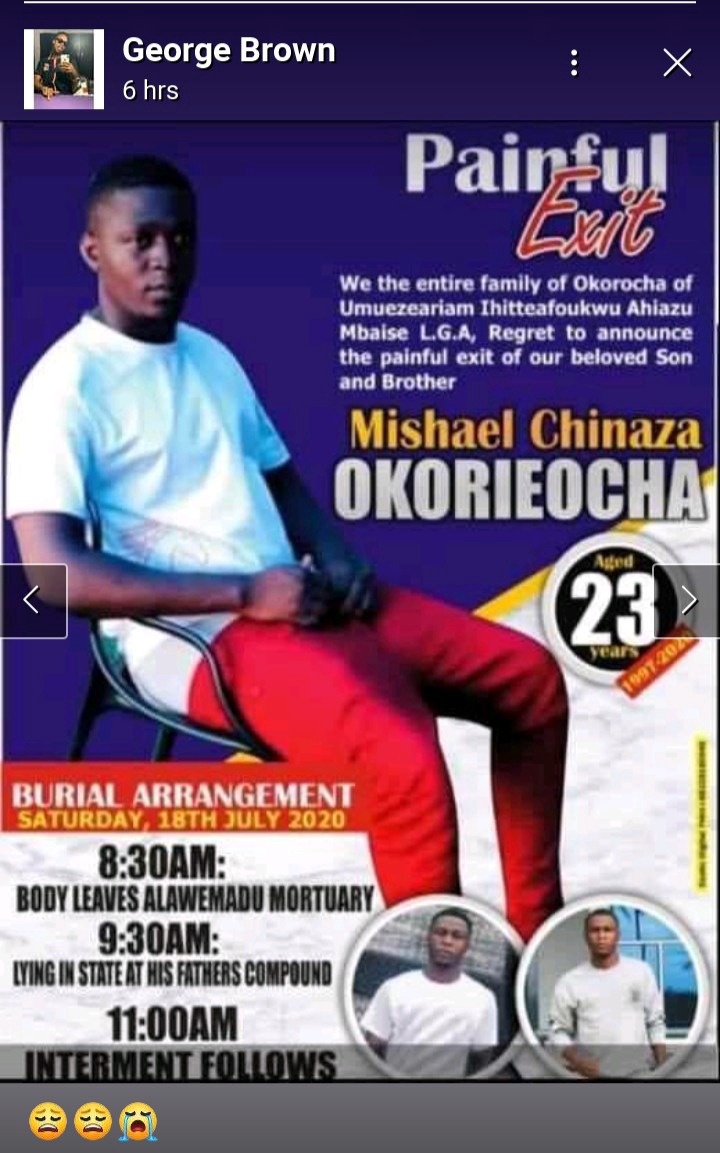 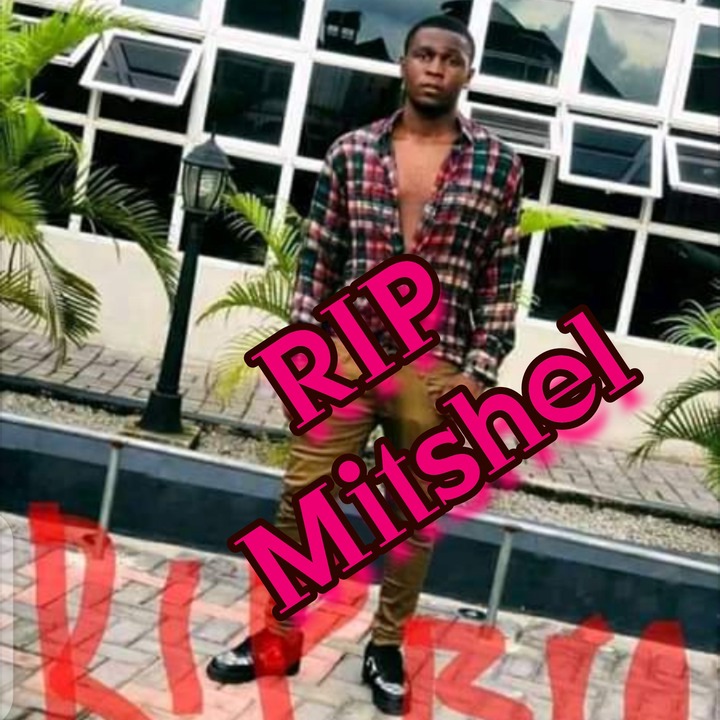 The Late Misheal was a very hard working young man in his early 20s, he was fond of his friends, most especially his course mates, who always address him as "analyst".

Just like when one of his course mate wrote on Facebook "We can't believe you are no more ", yes it hard to believe, but we humans have no other option than to hold God tight , because only him can give us the fortitude to bear this great loss.

Meanwhile, as his family and friends, courses mates and the entire Polyunwana mourn him, may his soul rest in peace .