Family Demands For Investigation Into The Death Of Tolulope Arotile 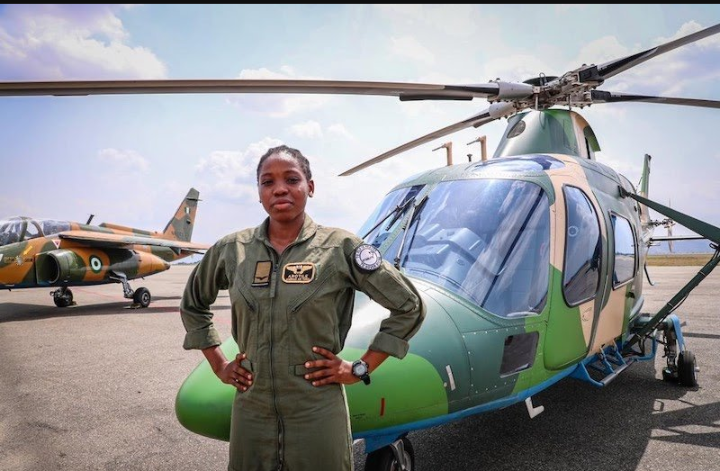 The family of Late Tolulope Arotile , Nigerian first ever female female pilot had on Thursday rejected the reasons behind the death of their beloved daughter, thereby calling for a probe into the accident theory by the Nigerian Air Force to know whether it is the actual cause of her death or not.

Recall that the late combat pilot was confirmed dead on Tuesday July 14, after it was acclaimed that she was hit by a vehicle on reverse.

However, the deceased elder sister, Damilola Adegboye has disclosed to journalist that the family is still in shock and surprise as to how a reversing vehicle could kill Tolulope.

She argued that her late sister could not have died under such conditions. She also claimed that she was in the same room with the deceased the day she died.

She recalled that on that faithful day, Tolulope received a call from someone who asked her to come to come to the Air Force base immediately, an order that she was reluctant to obey.

However, an hour later she heard that her sister who she dropped off a while ago was involved in a car reverse accident and died.

According to her, the Nigerian military is properly trained to investigate crime and must do so to prove beyond doubts that the accident was the actual cause of the death of Tolulope.