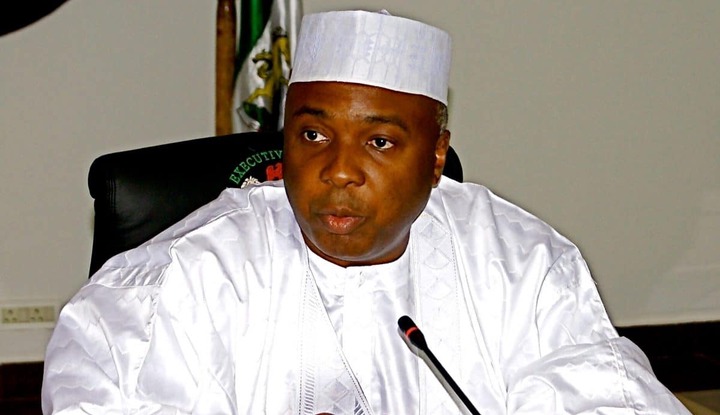 Former Senate President, Bukola Saraki, has said the suspended acting chairman of the Economic and Financial Crimes Commission (EFCC), Ibrahim Magu, took the refusal of the Senate to confirm him personal.

Saraki revealed this in a reaction to a court order on Thursday, which directed the federal government to return his houses in Kwara State to him.

The court had granted an interim order of forfeiture following an application by the EFCC.

The 8th Senate led by Saraki rejected Magu’s nomination twice, based on a security report by the Department of State Services (DSS).

Magu is now being investigated for allegedly mismanaging recovered funds from looters by the anti-graft agency.

In a statement, Saraki said: “Today, as always, I thank Almighty Allah as I welcome the judgement of the Federal High Court, Lagos, by the Honorable Justice Rilwan M. Aikawa in which the court dismissed in its totality the application by the Economic and Financial Crimes Commission (EFCC) for a forfeiture order on my home in Ilorin, Kwara state. 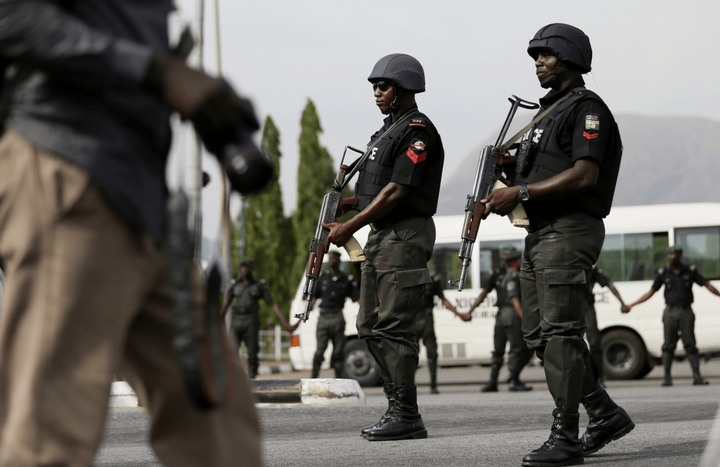 The Rivers State Police Command has rubbished reports that the armed operatives who attempted to arrest the former Managing Director of NDDC, Joi Nunieh were not sanctioned by the Inspector General of Police and the Commissioner of Police in Rivers State.

But the Rivers Police Command in a statement released by SP Nnamdi Omoni, the Public Relations Officer, said the operatives were on legitimate duty.

Omoni confirmed that the personnel at Nunieh’s residence were from the IGP Monitoring Team in Abuja and were in Port Harcourt on official assignment.

The statement added that before the officers proceeded to her residence, they observed due protocols and requisite standard operating procedures, including going through the processes of arriving themselves at the Headquarters with their Investigation Activities duly signed and approved by the Commissioner of Police, CP Joseph Mukan.

“The attention of the Rivers State Police Command has been drawn to an Online Publication, credited to Vanguardngr.com, where it was erroneously reported that ‘the MOPOL presence at the residence of Joi Nunieh was not the directive of the Command’.

“Ordinarily, such a phantom report should have been ignored but due to the potential danger inherent in keeping silent, the Command is minded to react and state the true position as follows: That they went to her (Nunieh’s) residence with Mobile Policemen, suggesting of course that they were there on official duty and not illegal duty as speculated.

“That, the reference indicating that the Officers were there without the directive of the CP nor the IGP is preposterous and most unfortunate, hence should be discountenanced and disregarded,” the statement read. The Nation gathered that one person was seriously injured while seven others came out unhurt in the accident.

He said: “At about 8.45am today Friday 17 July, 2020 a serious lone Road Traffic Crash (RTC) caused by “tyre burst”, was recorded near Okija Police Check Point, along Ihiala-Onitsha expressway.

“The vehicle involved was a Mitsubishi L300 commercial bus, with registration number NSR774ZF. A total of Eight (8) male adults where involved in the crash. One victim sustained some degree of injury, while the others came out unhurt.

“The injured victim was rushed to ObiJackson Hospital by FRSC rescue team from Ihiala Unit Command. The team also ensured the clearance of obstruction.

“The Sector Commander FRSC, Andrew Kumapayi warns vehicle owners and drivers against the use of substandard or expired tyres.

“They should also ensure they confirm the expiration dates on their tyres and purchase only brand new tyres, to avoid such occurrences.” Governor Emmanuel Udom was described in the charge as being “currently constitutionally immune from prosecution.”

Justice Rilwan Aikawa of the Federal High Court, Lagos, had on May 30, 2019, dismissed an application filed by Udom, seeking to quash the entire charge preferred against Usoro and other defendants by the EFCC.

Justice Aikawa held then that Udom’s application lacked merit because he was not a party to the suit.

Dissatisfied with the ruling, Udom’s lawyer, Dr. Charles Mekwunye filed an appeal against the court’s decision.

The Court of Appeal on Friday in an unanimous judgement read by Justice Bello Aliyu allowed the appeal filed by Udom against the ruling of the Federal High Court.

The court subsequently nullified four of the 10 counts which particularly alluded to Governor Udom’s involvement in the alleged crime.

Remedies to get soft feet