By ZahraGist (self media writer) | 2 years ago 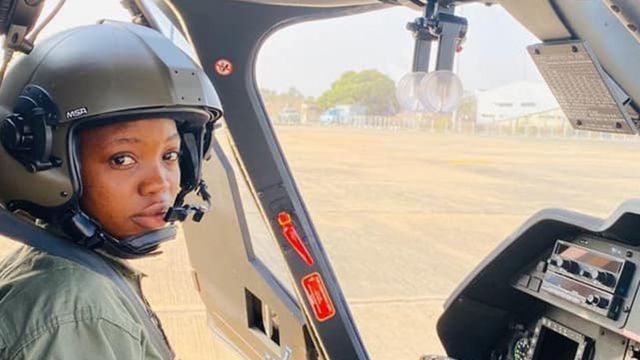 The Nigerian Air Force has released the results of its initial investigation into the death of fighter pilot Tolulope Arotile.

A statement from the force said initial investigations showed that the deceased had died as a result of a knock on her head after some of her secondary school classmates hit her car.

The army made the statement as a result of the ongoing quest for information on Arotile's death by Nigerians. 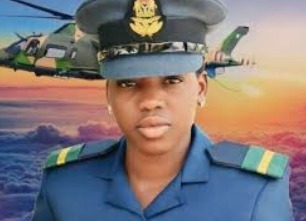 BBC hausa reported that a statement issued by Nigerian Air Force spokesman, Air Commodore Ibikunle Daramola, on Sunday said that the incident took place on July 14, when Tolulope Arotile by 10am received a call from her colleague, Flying Officer Perry Karim, and asked her to come to Kaduna Air Force Base to discuss how they should return to work in Enugu.

According to the statement, the deceased's sister, Mrs Adegboye, took her in a car to the military base to answer the call.

After the Flying Officer Arotile arrived at the base , she plugged her mobile phone to charging at the home of Squadron Leader Alfa Ekele and proceeded to the mammy market for a photocopy of some documents, as reported by the BBC hausa After she is through with the base, on her way returning home at 4:30 pm, three of her secondary school classmates passed her by car.

"When they spotted her, they rushed back to talk to her, and accidentally they hit her in the back at the back of her car, which she consequently hit her head on the side of the road and the driving car drove over her," the statement said.

The statement said the Flying Officer Arotile was immediately rushed to the Kaduna Air Force Hospital, and one of the occupants of the vehicle, who was a nurse, started providing first aid on their way .

The force confirmed that Flying Officer Arotile died as a result of knocking her head on the side of the road and excessive bleeding from her body.

The people suspected were arrested in connection with the car crash, where an investigation was conducted and it was confirmed that the driver did not drink alcohol or anything intoxicating, but the driver was found to have no driver's license according to a statement from the Air Force.

As the case is not an intentional accident , the case will be handed over to the police for further investigation and prosecution of the accused.

The statement also said that the Kawo Police Station, the Kaduna State Police Command and the FRSC all assisted in the investigation. 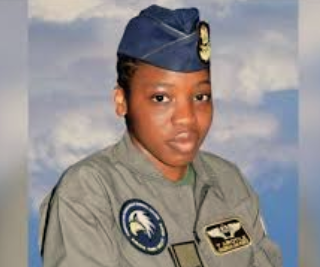 The deceased, a native of Kogi State, is said to have played a key role in the fight against bandits in Niger State, where she was the pilot of Gama Aiki.

Content created and supplied by: ZahraGist (via Opera News )