Married for 24 Hours: The Tragic Tale of The Bride Who Died A Day After Her Wedding

No doubt, this is not the best of time in the society considering the various heart-rending stories making the round about sudden deaths of young ones that have become a regular occurrence.

The sad story of a young lady who died shortly after her wedding appears to be the staple on the social media at the moment which has continued to attract litany of reactions.

The bride was said to have got married on Saturday to her groom in a loud ceremony but by Sunday which was the following day, she reportedly died. 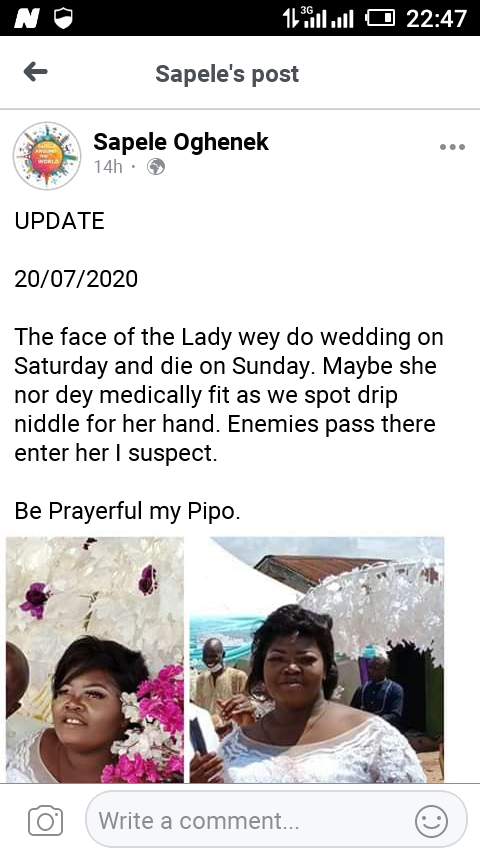 The incident which was posted on Facebook on Monday by Sapele Oghenek had triggered a debate on what could have possibly led to the sad occurence especially at a time when she was supposed to have started the enjoyment of her honeymoon and bliss of matrimony.

It was gathered that the lady had been sick before now and was admitted in the hospital. She was probably discharged to celebrate her wedding, apparently due to the fact that the date could not be altered.

The Facebook user confirmed that she came to the venue with drip line on her hand which indicated that she had been on treatment before the wedding and was supposed to continue with her medication all through the period she was rocking the beauty of love. 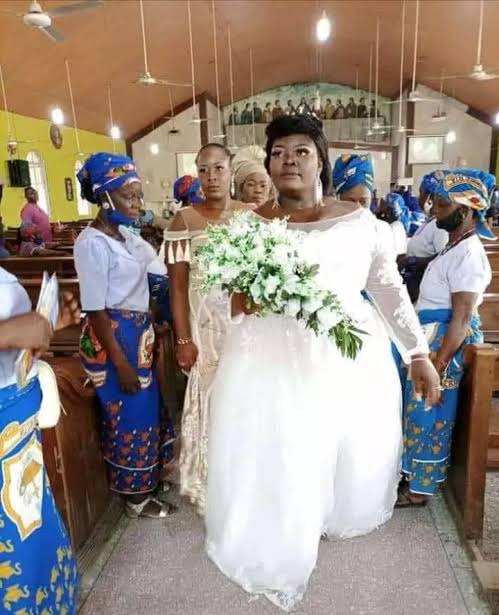 Apparently she was not medically fit for the rigours of conjugal celebration she put herself through which adversely affected her and consequently claimed her life by the following day.

In other words, the young bride merely married for 24 hours before she called it quit with marriage and life.

Perhaps, she already had a premonition she could not make it and decided to fulfill her heart desire by marrying a man of her choice and enlisted her name among the married women of her generation even though she did not wait to taste the sweetness of marriage. 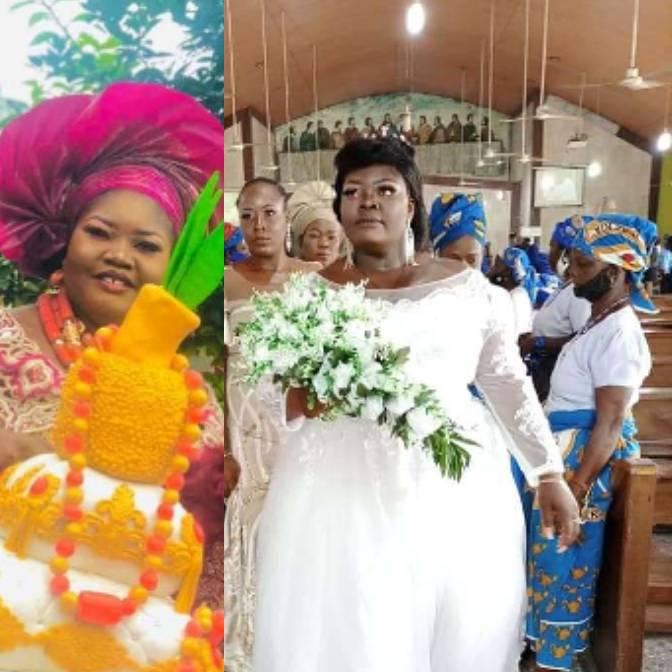 But no one seems to give a second thought and critical look into the medical circumstance that defined her death. Many were of opinions that she was actually killed by those who never wanted her for good thing in life.

These class of sympathizers appeared to have forgotten that she was terribly sick before her wedding and only managed to come from the hospital bed to make it a date with love. 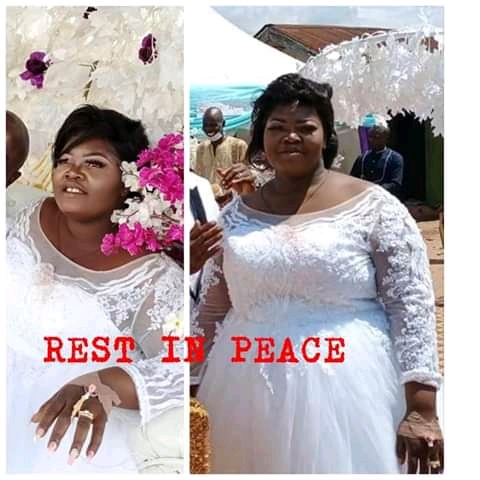 Although, her plus size which was quite deceptive could be responsible for the reasons why it was difficult for people to see the implication of her decision to forgo her treatment for the wedding.

She was married on Saturday July 19th but just for twenty four hours. She died a married woman by the following day Sunday July 20.

Below is the screenshot of comments by people who believed she was killed by her enemies. 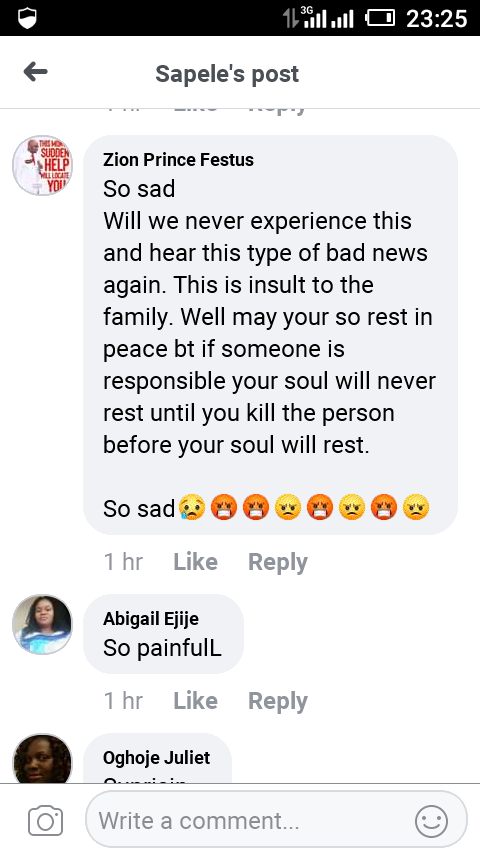 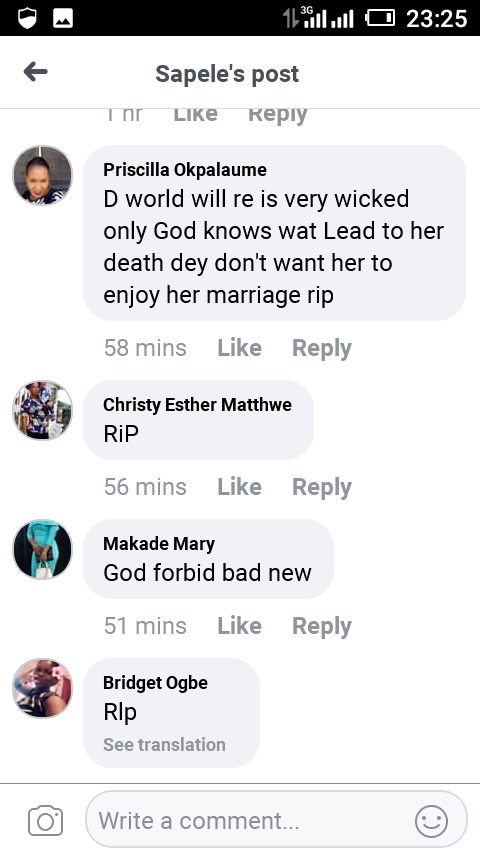 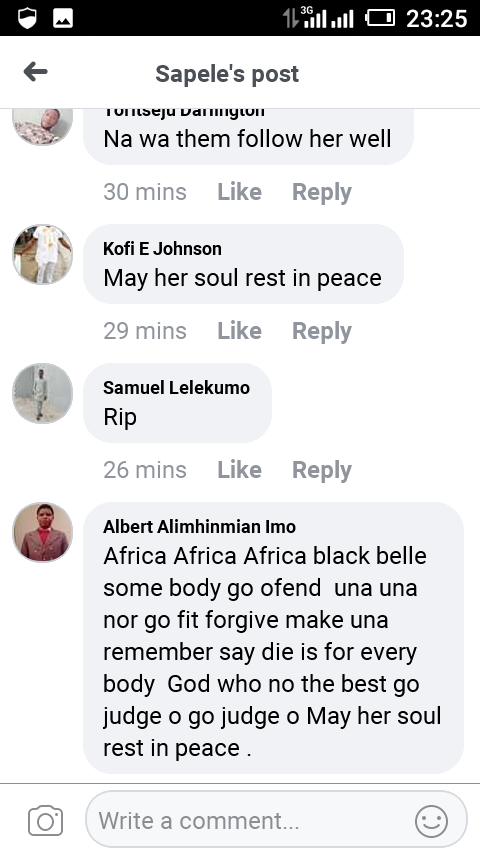 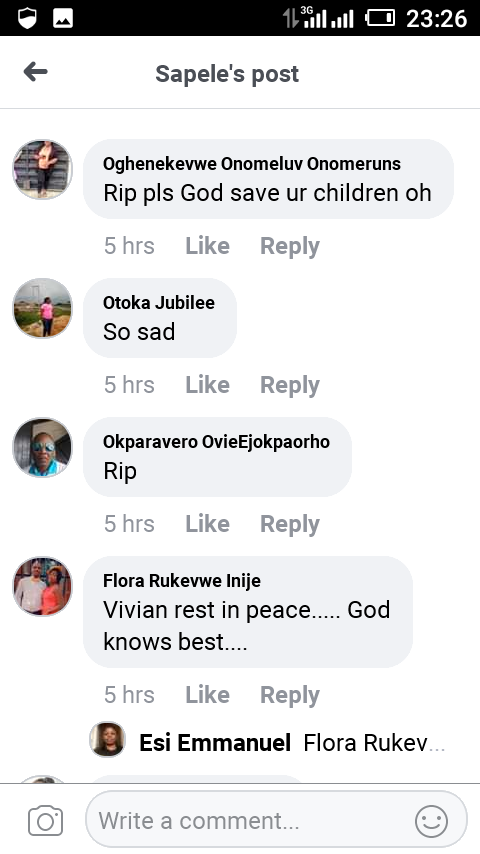 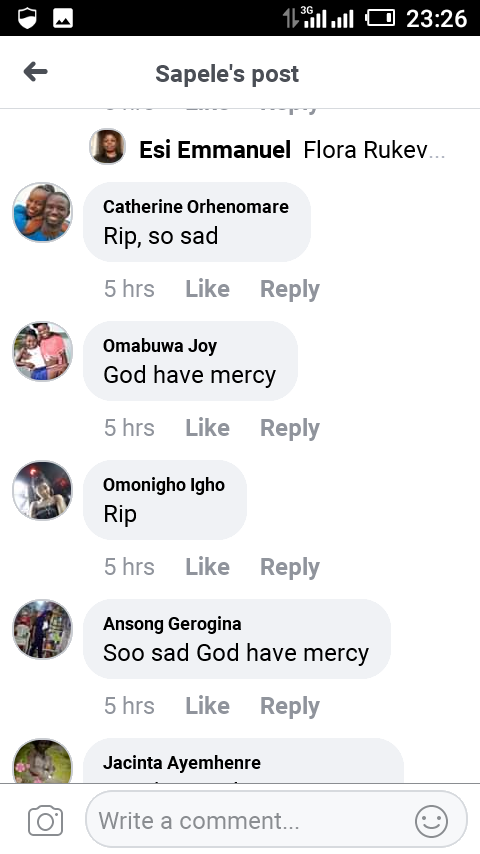 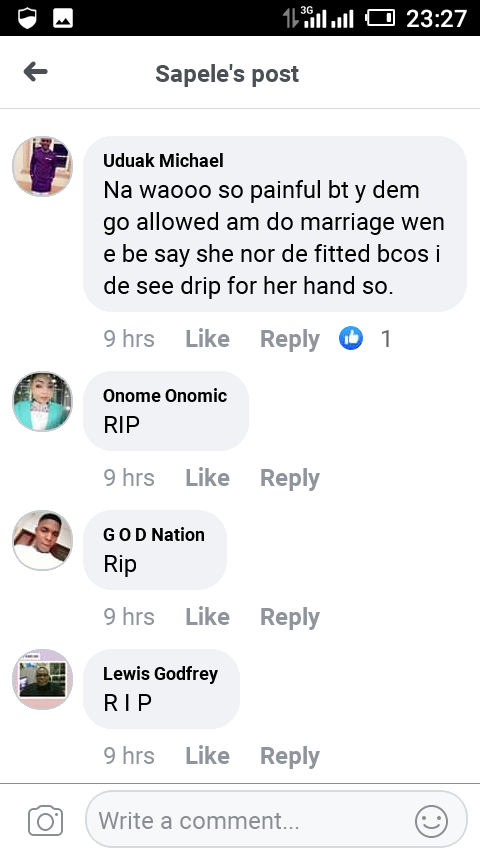 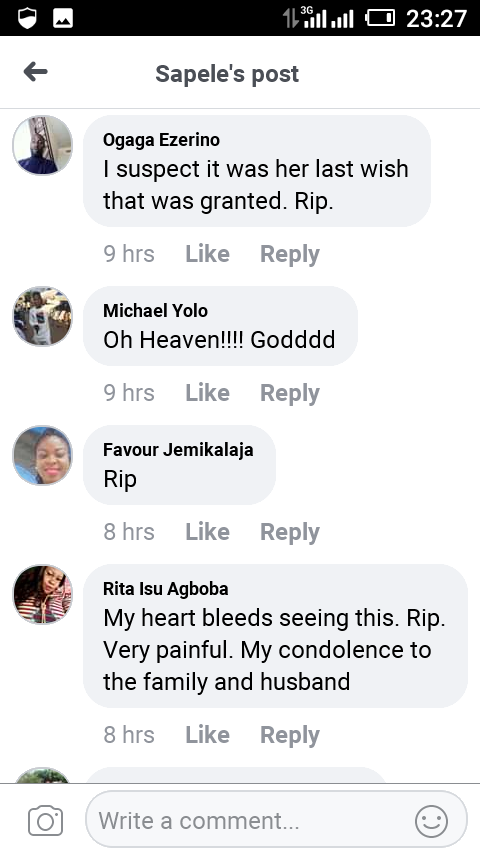