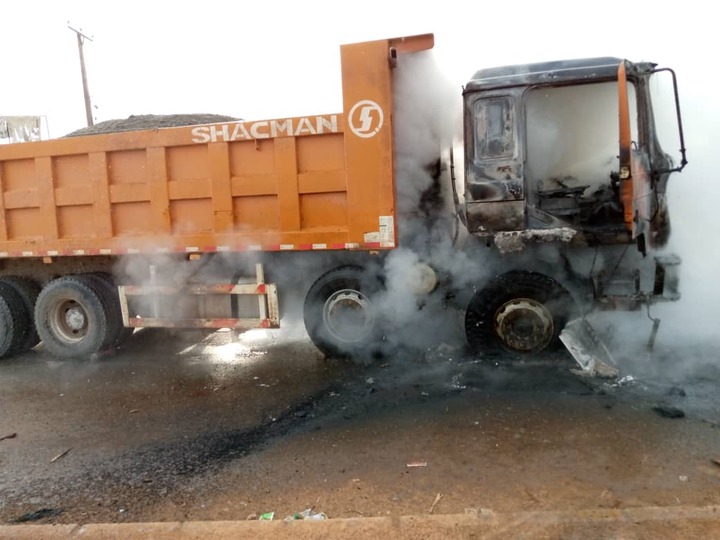 A Dangote truck driver was on Saturday beaten to stupor after he reportedly crushed a motorcycle operator to death in Ogun State.

Angry mob were said to have apprehended the truck driver when he was running away after realising he had killed the Okada rider.

The youths were also said to have set his truck ablaze in protest against the death of the said bike operator.

However, security agents' intervention had restored normalcy as he was taken away.

The accident, it was learnt, occurred at about 8:00am on Saturday on old Ibadan road, Ibadan.garage roundabout, Ijebu-Ode area of Ogun State.

The Ogun State Traffic Compliance and Enforcement (TRACE) Corps has confirmed the incident. 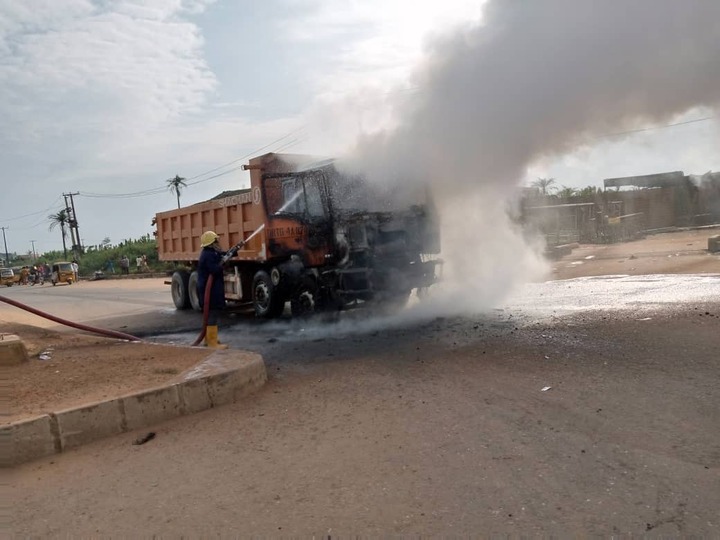 [Fire being put out]

Akinbiyi blamed the accident on too much speeding on the part of the Dangote truck driver, saying the truck ran over a moving motorcycle, killing the rider on the spot.

According to him, “the Dangote truck was coming from Ago-Iwoye inbound Ijebu-Ode, when the driver, due to too much speeding, could not control the vehicle as it approached Ibadan roundabout before running over a Bajaj motorcycle pillion rider(okada rider), who was trying to negotiate the roundabout as that time."

He confirmed that the driver of the Dangote truck was later apprehended after making attempts to run away and was beaten to stupor by an angry mob, who he said, also set the truck on fire.

But for the intervention of TRACE, POLICE, NSCDC and the FRSC, Akinbiyi disclosed that the driver could have been killed and the truck completely burnt down.

“The driver has been arrested and taken to Igbeba Motor Traffic Division, Ijebu-Ode, as well as the motor boy. 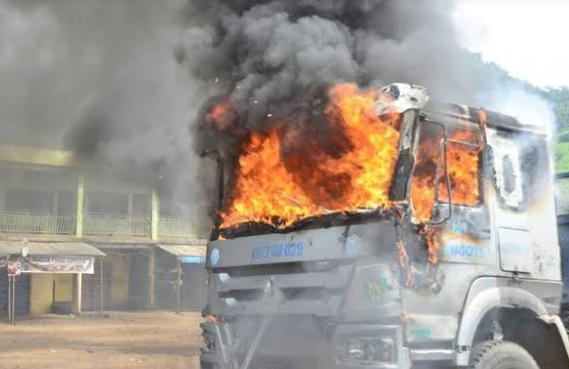 “The body of the deceased has been deposited at the mortuary of Femtop Hospital, Ijebu-Ode, GRA." he said.