History about the first female helicopter pilot who died recently.

By EnochAdeyemi (self media writer) | 1 year ago The death of Tolu Arotile has been shocking and alarming. She is the Nigerian first female combat helicopter pilot . She died on the 14th of July, 2020 in the Nigerian Air force base in Kaduna state.

According to reports, the young lady died from the sustainance of injury from a road accident that happened at the Nigerian Air force base in Kaduna state.

She was born on the 13th of December, 1995 to the family of Mr and Mrs Akintunde Arotile in Kaduna state. She is a native of Iffa area in Ijumu local government area in Kogi state.

One of her former classmates who happens to be her close friend said her death was shocking. He furthered his discussion by saying how friendly she was. He said she had loved military and she was so interested in it that was the reason she went to the Air force school.

Tolu Arotile is a lady who has a promising and bright future. She died less than 8 month after the period she was decorated as the first female pilot the Defence service has gotten from the past 55 years.

The death of the young officer really saddens the Nigerians heart. 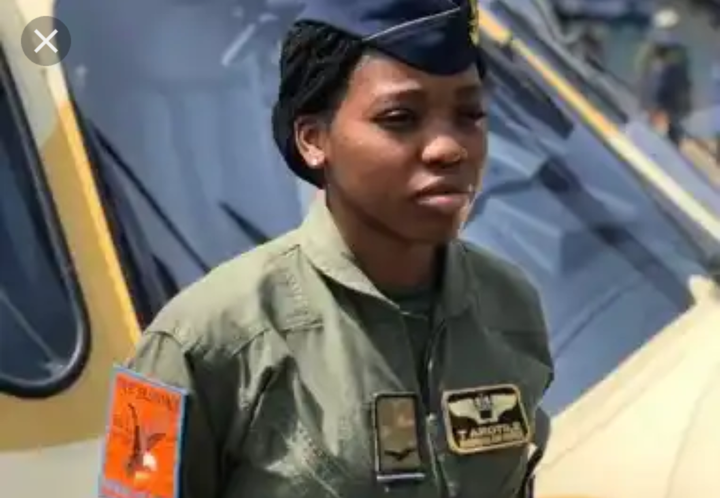