Fiction: Why I sold myself for money and almost died.

By Mindstullingbraingeek (self media writer) | 2 years ago

Fiction: why I sold myself for money

Remember how it is said that the love of money is the root of all evil, this was the same in my case.

I was the oldest of 7 children and I just turned 19 that year, 2007. It was Saturday, the first 2007, I was trying to fix myself a plate to eat, when my sister came to me and she said there’s bad news, although my sister was found of making jokes, she said “dad and mom were involved in an accident and they are dead”, my first reaction was totally insane, I started laughing at her, until I realized she was not joking, at this point my whole life came through my eyes, so they have left me with the responsibility of an adult, How can this be?, so I thought. 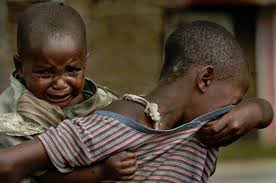 About 2 weeks later all my fathers relative came and they were sharing his properties around as if they were waiting for his death, I told a few of my uncles to take my siblings at the end of the week, It was left to me to take care of 3 more siblings of mine. It was absurd at first but with time it got easier, first I had to take daily work to take care of their feeding, second, I had to raise money to buy necessary things for our day to day use, then I had to raise money for school, it wasn’t easy for me I was already in my final year studying artificial intelligence and data implementation in a university in the western part of Nigeria. With time I couldn’t keep up with the growing demand for more money and with that I got more and more crazy/dubious in the line of thought on how to make money.

Its been almost 2 years since I became a parent by force and I had graduated from school I was able to secure a job outside the country, but I couldn’t accept because of my siblings who were still very young, so I declined the offer and I looked for a moderately paying job in town that was paying around 500k. Because I was hardworking and I was the best in my field working at that job, that amount quickly doubled to 1.3 million a month, this time I saved up some money the rest I used to pay my debts and soon I and my siblings started living okay again. At this point I started sending more money to my other siblings, it felt good being able to finance my life and my family lives, unknown to me that was not going to last long in any way.

At the dawn of 2008, I lost my job, the company I was working for in Lagos had to send me away because It was shutting down, due to government legislation against them for money laundering and immoral practices, Lagos was not forgiving to me, I kept on praying to god to butter my bread, things quickly became red. I had to go to the town to watch my 2 brothers again, since my sister was moving out, she got a job in Kaduna, she was now 18, so it was okay, and even she was smart.

I didn’t let it known that I had lost my job before I knew it things started getting worst I had to pay tuition for 2 children, who were both in secondary school, I had to send pocket money for my siblings living with my uncles. At this point there was nothing I did not do, I was willing to do anything for money, things became too difficult and this was how a new chapter started for my life

It was august of 2008, almost 8 months since I lost my job, since then I have not been able to get another job, we were living hand to mouth, at point I was going through the internet and I saw an advert on my laptop as I was trying to work, it was an outside work in a foreign country, it sounded so promising, I applied 2 weeks later, I was smuggled out of the continent, unknown to me I had just thrown myself into the arms of human traffickers and slave owners, Jesus, I am so stupid, i thought to myself, although unlike other slave trade, my master was actually nice to me at first, after some time he sold me off to another buyer and my life became a living hell, late at night Mr. Pille would wake me to do work, sometimes he would flog me till I bled and I was getting fed. I tried escaping and it was my greatest regret, he made life so tough, he would lock me up in the up in the basement for days unending without food, nor water, I started losing my mind, but God came through for me during this period. Mr. Pille locked me this time for not being able to sell the entire Hard drugs he gave me, I was starving and clinically mad as far as I was concerned. I closed my eyes in pain, I knew I was seriously sick, but I didn’t know what to do to help myself, as soon as I got comfortable an idea just popped in my head, and with that I strategized my escape plan. Around 15 hours later, Mr. Pille came to the basement door and he said “get the hell up, work towards me slowly, you know how we do it, any sudden moves I’ll shoot you”, I went up the ladder and as soon as I was almost out I pulled Pille towards me and I left the ladder, the two of us fell to the basement floor and I knew I could overpower Pille, I was stronger than me, it was clear, I was sure none of his goons were in the house, cos if they were they would have made some noise about business, I kept on kicking Pille until I had no breadth in my lungs and then I ran up the stairs got a pair of clothes a couple thousand pounds wallet and I ran, in five minutes I was at the train station, I knew I was not save where I was, so I got on the train and I left for the next 2 cities.

It was now June 16th, 2016, 1 week after I escaped and also 8 years since I ran away from hardship in my home country, I had just alighted the train and I was headed straight to the embassy when I saw 2 of Pille’s goons standing directly in front me and they told me to just respect myself and follow them, I did that and we got into a fully tinted car, after about 3 hours they stopped the car in the middle of a forest part, they started kicking me and beating me and after a while one of the goons brought out he’s gun and he shot me just above my left lung twice, immediately I was on the ground, and in minutes I was seeing only stars, during the next 12 minutes I was trying to breath in and out, carefully, by now Pille goons had gone I saw myself as a rich man and at that moment on the floor, I had a premonition of how I was going to make my life better, it was business, and I blacked out. “Hello, hello mister, can you hear me”, I nodded my head indicating yes “she said my name is Selina, you’ve been in a coma for 3 weeks now, it’s a miracle you are not dead, a police man saw you in the Greenwich forest, after he heard gunshot where he was, he brought you in and he has paid your bills”. “can you speak, do feel pain?”, Selina asked, I started talking but it was difficult but it soon got easier “who paid my bills Selina?”, sir his name is John Stevenson, the name immediately clicked in my head, I remember John from when we were kids I met him in Canada when my dad took us for vacation when I was very much younger, we were friends for a long time and later we lost contact. “Hello, Rob are you okay now?”, asked a tall man from the end of the door, “that’s Mr. John”, Selina said, I couldn’t even remember him, we got along, I filled him in and soon we were talking uphill again.

2 days later I got discharged and I left with John, we went directly to new York were he gave me a good amount of money to start a business, and soon enough my company was the talk of the moment 9 months later, now 2017 I was opening my second branch in Nigeria, all this while my sister had been taking care of my siblings and I got to her and she brought my other siblings to the opening ceremony and it was heartwarming, I mean after 8 years of inhumane living, we’ve been elevated. Since then our lives changed for the better and it became green pastures for us, I helped better the people who were also suffering by helping them out of poverty and soon I was governor……….

The entire story is to make people who are suffering right now not to rush into conclusion that are not wise, because if present tribulations

The whole story is a work of fiction, and the names used has been reduced to the minimal to prevent controversy in any way, hope you enjoyed the read, if you liked this, please follow, share with your friends also comment your thoughts, thanks for your time.