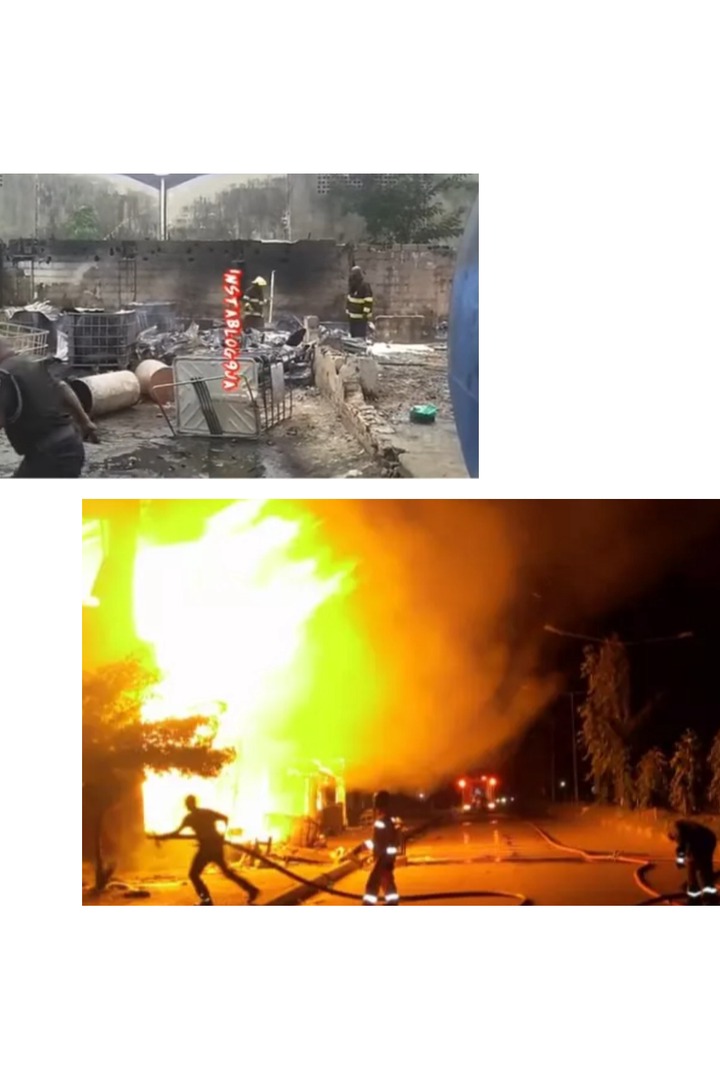 An incident of fire inferno in which an illegal oil storage facility at around 11 p.m. on Tuesday was destroyed by fire in Oregun area of ​​Lagos State.

The unfortunate incident that occurred at Plot 10 Kudirat Abiola Way, Oregun was because of illegal oil bunkers' activities in the area, and the storage facility for bunkers has been there running for years.

Those present at the scene of the inferno were men of the Lagos State Fire Brigade, Civil Defense Corps, Nigeria police, Lagos State Environment Safety Corps and State Emergency Management Agency Lagos were drawn to the scene.

While speaking, Adeseye Margaret, the Acting Head of the Lagos State Fire Service, said that it was the visibility of smoke seen from Alausa that made them trace down the inferno until they discovered a spot where bunkers' activities have been ongoing undeterred for years with some suspects apprehended at the scene of the inferno.

However, it was said that through preliminary finding; the fire emanated from the illegal bunkers' cooking camp because gas stove and pots were objects found at the fire's scene.

Nevertheless, further investigation into the case and activities of the arrested suspects will be conducted to know more about their illegal activities and unravel the cause of the fire inferno.