10 Most Mysterious Accidents Caught On Camera

By Nice-entertainment (self media writer) | 2 years ago 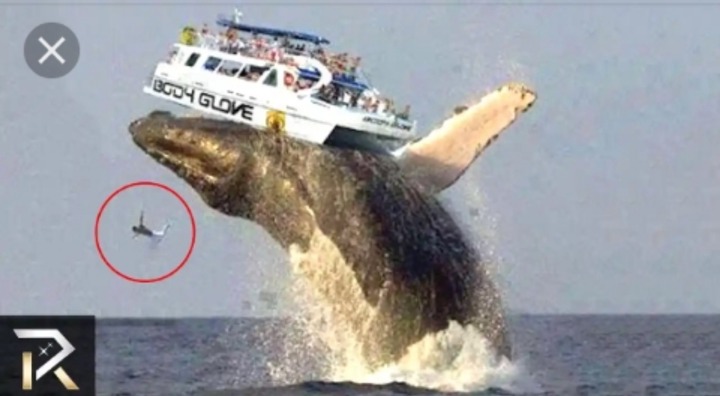 Accidents will alway happen and we hope that when they do, we' re merely spectators and not the victim.

Well, In line with this article, I am going to share with you 10 most shocking accidents caught on camera

In March 2017, in California, a 21-Foot boat was capsized by an 80-Feet long whale. The people in the boat were whale watching off the coast of San Diego when when they saw two blue whales eating some krill. Of course with whale watching you video the experience.

While the camera was rolling, one of the blue whales emerged from the water and lunged at the boat, causing it to capsize. Luckily for them, they were rescued by a nearby boat.

On July 29th, 2016, in De land, Florida. A local business's surveillance camera caught shocking footage of a car going airborne and then rolling across the sidewalk. Luckily, no one else was injured.

Locals rushed to the car to put out the fire, flip the car over and got the driver out.

Miraculously, the driver survived but he definitely had to go to the hospital.

On March 9th, 2017, in Requinoa, Chile. A truck was slowly driving over a railway crossing when a train smashes it to pieces while going at full speed. The truck driver and one of the train controllers died in the accident.

In North Wales, motorcyclist Kevin Thomas Quirk was riding on the road when a van turn across his path. The accident was inevitable and Quirk's screams could be heard on his helmet cam.

Amazingly, he walked away with just a fractured elbow.

On March 2nd, 2017, Footage of a tesla car on a dash cam plowing into the highway barrier in Texas.

There was a driver in the car, and they didn't have their hands on the steering wheel, plus the brake weren't used. We guess it's back to the drawing board.

You can call this an accident that came from a reckless decision.

A 12-year old Alexis Dixon was playing around on the escalator at the local mall in St- Louis County, Missouri when she fell. Luckily, Fate was on her side and Mark Maloy was there to catch her and break her fall.

The incident was caught on the security cameras.

In February 2017, four American Golfers and their pilot died after their chartered plane crashed onto the roof of the Essendom-Direct Factory outlet. The plane exploded and caused extensive damage to the surrounding area. The beechcraft B200 king airplane was descending to the airport when it clipped part of the outlet.

Dashcam foot from a car driving on a nearby highway caught the shocking footage, including the mushroom cloud from the explosion.

In February 2017, on a snowy night, a stolen car crashed into a public bus. After the crash, witnesses saw the driver of the stolen car hop into a new car and take off. The crash was caught on the security cameras Inside the bus.

A 3-year old girl in China had a brush with death in February 2017 when she fell in the gap between the train and the platform. The train was active and her mother, plus onlookers, desperately tried to get the girl out before the train moved. It was truly a parents' worse nightmare. Luckily, an employee at the station managed to get the train to not move while the girl could be rescued. It was certainly a moment that no one will soon forget.

On March 14th 2017, in El Centinela in Baja, California, four rescue workers were retrieving the body of a missing girl who died. All in a helicopter, in front of the news crews, the helicopter got caught in the power lines, and then shattered to pieces as it fell back to the ground ending in a terrifying explosion. All four rescue workers lost their lives.