We are not convinced, We demand an Investigation Into the Cause of Her Death -Arotile's Sister speaks

We are Not Convinced Tolu Can Just Die Like That In a Freak Accident, We Demand An Investigation - Arotile's Sister speaks. 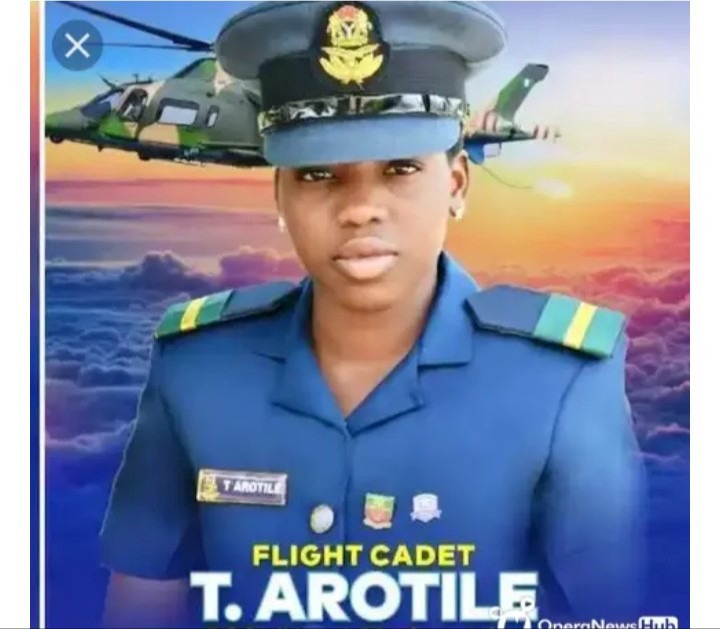 The immediate elder sister of the first female combat helicopter pilot in the history of Nigerian Air Force , who died on Tuesday, has demanded an investigation into the circumstances surrounding Arotile's death.

Damilola Adegboye, who is the elder sister of the deceased, said that their family is not convinced about the report on what led the the death of Arotile.

" We are not convinced Tolu can just die like that In a Freak Accident, We therefore demand a full scale investigation into what led to Tolu's death "- Damilola Adegboye said in an interview with Punch.

Recall that, this came as a result of the statement released by the Nigerian Air Force (NAF), in which they revealed that, the late 20-year-old Tolulope died after she was knocked down by the reversing vehicle of an excited former Air Force Secondary School classmate , while trying to greet her.

Sequel to this, Tolu's elder sister is demanding that the the Nigerian Air Force, should start the process of serious investigation on Arotile's death, so as to convince them against all doubt that it was really the alleged incident that caused her death.

Speaking with Punch, Damilola had explained how she and her late sister were on the same room that day, and Tolu received a call , which she suspected was a senior officer. At first Tolu felt reluctant to answer the call from the office, but she decided to drop her off, then an hour later she heard that something terrible has happened to her.

It is really heartbreaking, the family of the deceased is trying so hard to cope with this unbelievable death news about their gallant soldier, their lovely daughter. Meanwhile, the mother of Arotile had as well remembered how special Tolu was to her, especially Tolu prayer Life which she had helped her build as fondly called prayer warrior because she had made fasting and prayer her hobby.

Only God can console them because it's not easy. At such I pray that God will give the family of the deceased the fortitude to bear their loss.