By GbolahanA (self media writer) | 1 year ago

Mr Akintunde Akotile, father of the young female pilot who died tragically a few days ago in an accident, expressed gratitude to God for Tolulope Arotile's grievous death. 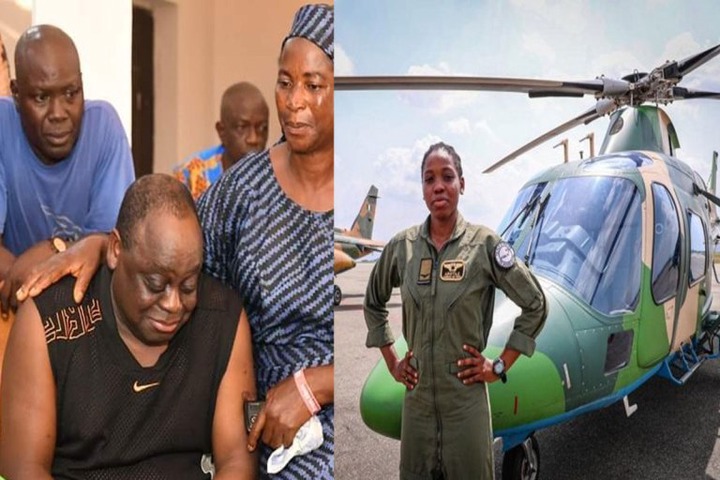 Mr Akintunde said his daughter had been able to fulfill her aspirations as a child before she passed and for that he is grateful to God.

The devastated dad, speaking to reporters, recounted how Tolulope notified him of her dreams of flying a pilot while she was very young.

He said that one day when she was still little, Tolulope pointed to one small aircraft that was just packed on a field and told him that one day she was going to fly it.

He continued saying from that day, she started the works towards getting admitted into the NDA (Nigerian Defence Academy) in Kaduna.

Her father further revealed that the late pilot had a degree in Mathematics and became an Air Force Cadet.

“One day, when she was very small, she pointed to one small aircraft packed on the field and said one day she was going to fly that aircraft, and I said Amen.” 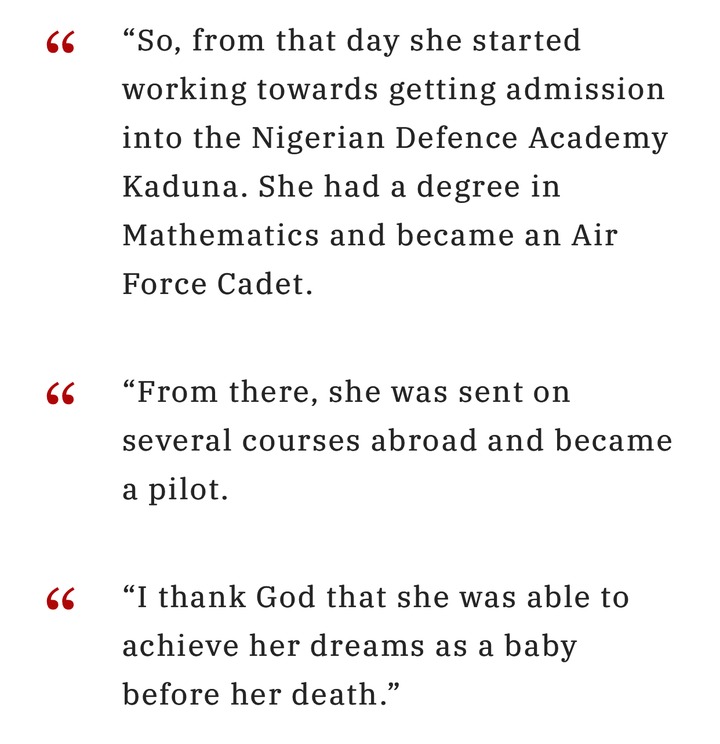 The he spoke on how he he got notified of the death of his 23-year-old daughter. He said:

Content created and supplied by: GbolahanA (via Opera News )