Tolulope Arotiles death : Is it destiny or a product of human error? Whenever anything happen to a man, peoples conclusion always fall into two school of thoughts. While a category believe that all that happens to humanity is purely based on predestination, and that man is just acting out a script, others while not denying the place of destiny also believe that, lots of things that happened to people, are not what God originally destined for them. Instead, they are product or result of human error that spillover into their own course.

Is it the will of God for Tolulope Arosile, Nigeria's first female combat pilot, to die at 24 years old? At the peak of her carrier, when she was like a sun blazing hot at midday? If she had died in a combat, people would have been comforted in a measure, knowing that the nature of the military work can warrant such. However, her death was in a such a gruesome manner, and in the hand of the one that claim to be a friend?

In other to accurately answer such question that defy the best of human wisdom, the best we can do is to turn to the All knowing God Who never lie but speak only the truth. He did not leave us in the dark concerning His will but lay everything plain in His word. In a portion of the scripture, He said, For I know the thoughts that I think toward you, saith the LORD, thoughts of peace, and not of evil, to give you an expected end. This is the revelation of Gods predestination for her. Her death does not reflect Gods thought of peace, but it reflect what God never think about her. In another portion, The Truth went further to say that "with long life will I satisfy him (her), and shew him (her) my salvation. You will agree with me that twenty four years of age is very far from what long life represent. Gods will was further revealed when He said, Thou shalt come to thy grave in a full age, like as a shock of corn cometh in, in his season. Full age is far from the picture that twenty four years of age reflect. The writer went ahead to say that, Lo this, we have searched it, so it is; hear it, and know thou it for thy good. In essence he was trying to say that , what I am telling you is not just a theory.It is what we have seen people practically experiencing. We have it searched and found it to be true. Her death, on the authority of the truth, as revealed by the scripture IS CLEARLY NOT A PRODUCT OF DESTINY. God never want her to go at that period. It is very clear that the unfortunate accident that killed her is purely a human error, which could have been avoided. If Nehemiah Adejoh, the person driving the KIA Sorento SUV that killed her had, simply obey the traffic rule of not driving roughly; if he had gone ahead to obey the government rule which demand that before you drive a car, make sure you are trained by a licenced and an expert driver, or that you attend a government certified driving school, and possess a valid drivers license, the unfortunate incident would have been avoided. If Nehemiah Adejoh has not been surrounded by friends of like character, who will not condone unwholesome lifestyles, maybe the stern warning of one of them would have cautioned him from acting in such an absurd manner.

I cannot just imagine the pain that Nehemiah must have brought to his parents and probably his siblings, if he has one. Was he well brought up or was he a rebellious child who like behaving unruly at home too? Often, the way one conducts oneself at home like a smoke, willbe manifested outside, no matter how well one try to hide it. Some are well brought up but some unfortunate event beyond their own comprehension just manifest. With what we have heard so far, the incident is clearly a mistake but it is a very stupid one. 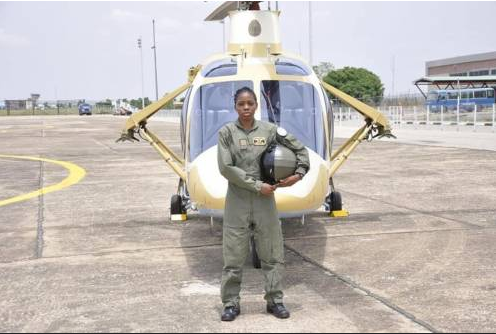 It is our prayer that God will comfort her family and prevent such an evil occurrence from happening again.

Whats your view about her death? Do you think it is her destiny to die young, or you think its just a product of human error? Kindly drop your opinion below. Endeavor to follow and like this page and share with others in other to sample their opinion too. thanks.

3 Reasons Why You Should Avoid Eating Egg As You Grow Older.

Should Nigerian Parents Be Blamed For The High Rise Of Cybercrimes In Nigeria Today?

2023: Ayu Reveals What He Will Do If North Produces PDP's Presidential Candidate

How Your Bags Can Be An Investment Asset

Romantic Things To Do For A Girl To Make Her Accept You Into Her Life.

Gov Seyi reveals what will happen to residents that will be affected with the propose Airforce base.

7 Things You Should Do To Your Wife Whenever She's Pregnant