Is Tolulope Arotile death murder or accident? More doubts as Yoruba of Kogi, others raise questions

By Thejob (self media writer) | 1 year ago 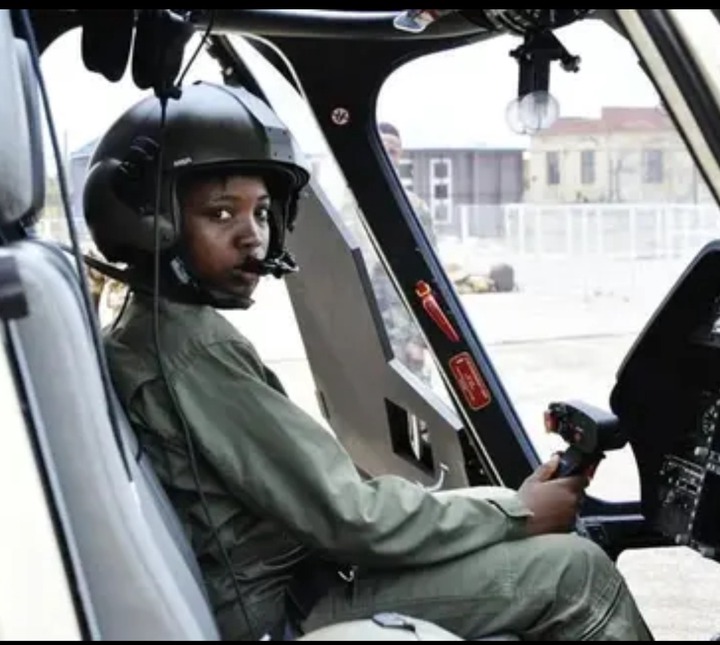 Other questions arose yesterday about the death of the last flight officer, Tolulope Arotile, when the umbrella body of the Yoruba-speaking areas of the state of Kogi, the Okun Development Association, ODA, asked the federal government to order an immediate investigation into The Association described the official explanation of the cause of his death as curious, stating that only an adequate investigation could dispel the growing suspicions on the matter.

As of the day, the news of his death was known, there were almost no details about the accident, but the next day, the Nigerian Air Force, in a statement by the public director of relations and information, Air Commodore Ibikunle Daramola , she said that she was inadvertently hit by the reverse vehicle of an excited ex-classmate from Air Force High School as she tried to greet her.

“Before his untimely death, flight officer Arotile made significant and exceptional contributions to the war on terrorism, armed brigandage and other forms of crime in the country by undertaking various combat missions. Flight officer Arotile joined the Nigerian Air Force out of passion for the job.

In his words: “I enrolled in the army simply out of passion. Being military is a long-standing ambition, transportation and what it represents are simply exceptional. "It is missing too early like a sail in the wind, we will miss the whole Nigerian Air Force family very much," says the statement.

Since the official statement was made, many have called it unsatisfactory.

Among the people and organizations that had spoken about it were the Yoruba World Congress, the WYC, Afenifere, Ona Kakanfo of the Yoruba nation, Iba Gani Adams and the older sister of the deceased, Mrs. Damilola Adegboye, among others.

The 24-year-old deceased agent from Ife, in the Ijumu local government area of ​​the state of Kogi, was a member of the Regular Course 64 and was assigned to the Nigerian Air Force as a pilot officer on September 16, 2017.

Graduated in mathematics at Nigerian Defense Academy, was winged as the first female fighter helicopter pilot in the Nigerian Air Force on October 15, 2019, after completing its flight training in South Africa.

In the latest appeal for an investigation into the circumstances that led to his demise, the national president of the Yoruba umbrella body of Kogi state, chief Femi Mokikan, presented some positions for the federal government. He said, "These are very painful and dark times for us as Okun people. By virtue of the kind of people we are, we deserve to be celebrated, but certainly not in this way as a reflection.

"As for Tolulope's death, she is extremely sad. She was a promising young pioneer. There will be some types of death and no one will raise suspicions. But others have a smell so offensive that you want to know more. Tolulope's death falls into the second category.

"From all the reports we've read and the official explanation from your employers, the story is that a car turned upside down as she tried to greet someone and she fell and hit her head on a stone. inside the air force base.

This is what makes it even more curious. This raises several questions: how could such an "accident" happen in broad daylight inside the air force base? The car was backing up at what speed ? When Air Force Base became a runway? And none of the people around her, including the one she wanted to say goodbye, could scream enough to warn the driver or Tolu herself? "Everyone has witnessed his successes in such a short time. His exploits in his combat rounds with insurgents, particularly in the state of Niger, remain a point of reference for others, as we are told.

"It's just an adequate, transparent and credible investigation that can remove suspicions about Tolulope's death. Her parents want that investigation to be conducted.

" The Okun people support this research. The only way the federal government can honor Tolulope's memory and give some respect to her parents who have been devastated by her death is to order an immediate investigation into her untimely death. "

Meanwhile, the NAF spokesman last Friday said an investigation into the accident had begun, saying two people had been arrested on the matter.

She said, "First, in my first statement, I said she died in a car accident. I further clarified the nature of the car accident in which an excited classmate of hers who saw her reverse her auto., causing him to hit and shoot her down, causing head injuries and many bleeding that eventually resulted in his death.

"The two boys are in custody and NAF will investigate the matter thoroughly. It is a routine process going on because it took place inside an NAF base. At the appropriate time, all the information needed to get out will come out. But we cannot anticipate this investigation process.

“What you need to know will be known. It is standard practice. So we're investigating the circumstances that led to his death from a car accident. It's an investigation because it can go beyond NAF. " Kalu, Sani, Gbadamosi

Meanwhile, Nigerians of all kinds on social media have continued to ask the government for a detailed explanation.

A former president of the National Human Rights Commission, Professor Chidi Odinakulu, on his Twitter account, said: "So Tolulope Arotile, the first female fighter in the history of @NigeriaAirforce, died in an accident at the base of the Kaduna Air Force? !! When did the accident happen? Is there an investigation? When will the report be issued? "Sen Shehu Sani on his Twitter account wrote:" Tolulope Arotile; The authorities should take advantage of the general public with details of the circumstances behind the death of this great Nigerian. The road accident occurs in several forms. "

In addition, a former candidate for governor in Lagos state, Babatunde Gbadamosi, said on Twitter: "The death of Tolulope Arotile, 23, the first Nigerian fighter pilot in a" car accident "at the base of l 'Nigerian Air Force is suspicious.

The death of a Yoruba pilot on the front line has a smell. "However, praise continued for the late arotile of ethnic, political, religious and social Nigerians. It would be buried in Abuja. on July 23, 2020, with all military honors.

Content created and supplied by: Thejob (via Opera News )