Tolulope Arotile's Father Reveals Last Encounter He Had With Her

By Sunday_Writes (self media writer) | 1 year ago

The Father of late Tolulope Arotile, the first-ever Nigerian female pilot who lost her life in a road accident on Tuesday has revealed his last encounter with her. 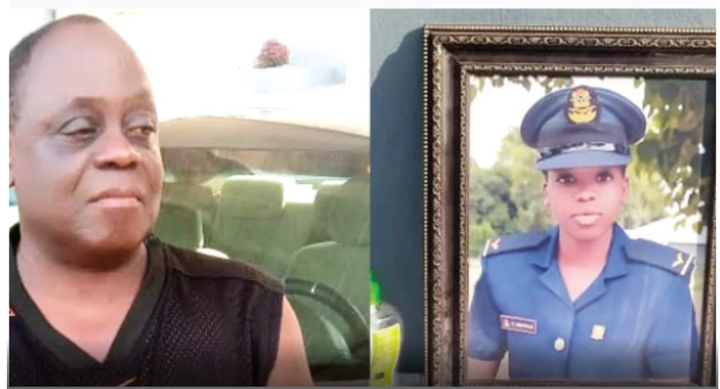 In an interview with Mr Gbenga Odogun, Tolulope Arotile's father who is identified as Akintunde Arotile disclosed that he just thank God that she was able to pursue her dream as a baby before her untimely death.

Narrating his last encounter with her late daughter, He said just yesterday which was Tuesday at around 1PM, He called her because she just returned from an urgent operation against the bandits in Katsina. His late daughter then told him that she will go out to make some photocopies of documents and the father replied her not to be late outside so that she can return back because she was staying with her father's first daughter in Kaduna.

When it was evening time, a strange number called her father and asked if He had called his daughter recently, he replied Yes.

After that, the unknown person told him to call her again which he did immediately but the call proved abortive.

So her father was so confused until he then called his colleagues only for him to start hearing them crying on the phone.

Her father asked what happened but they kept on crying. Tolulope Arotile's father added that he had to call her bosses who told him that his daughter was in the mortuary and he said Ha!

Somebody I spoke with four hours ago and by 5 pm she was in the mortuary. I had to drive to Lokoja from Abuja to enable me to inform her mother physically because I could not break such news on the phone. When I got there, she had gone to the prayer mountain. She came back at 8.30pm and I told her what I heard, but had not confirmed.”