3 Things NAF Should Have Done To Prevent Speculations, Doubts And Conspiracy on the Death of AROTILE

It is unfortunate that Nigeria have lost one of her brightest brains to the unfriendly hands of death who neither consider age nor importance before striking its invisible stick(s). July 14, 2020 would remain in the annals of Nigerian history as one of the darkest moments a heroine was lowered to the mother earth.

Going by the release of the preliminary report of the Nigeria Air Force on Sunday, 19 July 2020, presented by the Air Force spokesperson, Ibikunle Daramola, I believe it was unnecessary for the force to take swipe at the speculators, doubters and conspirators given the circumstance the ugly incident occurred and some questionable handlings of the Nigerian Air Force itself.

Perhaps, If these three(3) things had been professionally done or put in place by NAF, there would have been reduced or no room for speculations, skepticism by Nigerians including some of her family members in the first place. More so, the poor security handlings and internal wrangling within the Nigerian Military in recent times is enough for people to raise such eyebrow, knowing full well the impact of the flying combatant in some of the assignments relating to banditry, insurgency and kidnapping. The very first thing that sent a very wrong signal to members of the public and raised a heavy doubts towards the NAF on the death of Tolulope Arotile, was the way and manner the Nigeria Air Force released its official update on the incident on the fateful day. Calling it a "Road Traffic Accident" shows how unprofessional the Force is with news gathering.

"It is with great sorrow that the @NigAirForce regretfully announces the unfortunate demise of Flying Officer Tolulope Arotile, who died on 14 July 2020, as a result of head injuries sustained from a road traffic accident at NAF Base Kaduna. Until her death, Fg Offr Arotile, who was commissioned into the NAF in Sept 2017 as a member of @HQ_NDA RC 64, was the first ever female combat helicopter pilot in the Service".

Come to think of it, if an accident of such magnitude occurred within the base and the authorities still find it hard to give a proper detail of how it happened, isn't that enough to raise huge doubts among the people. Professionally, what the NAF should have done in this situation was to visit the spot immediately, capture every event before the official release on social media. Therefore, contrary to the position of the Air Chief, the Nigeria Air Force were the first purveyor of such speculations, falsehood,raised doubts and instigated conspiracy moves towards itself. 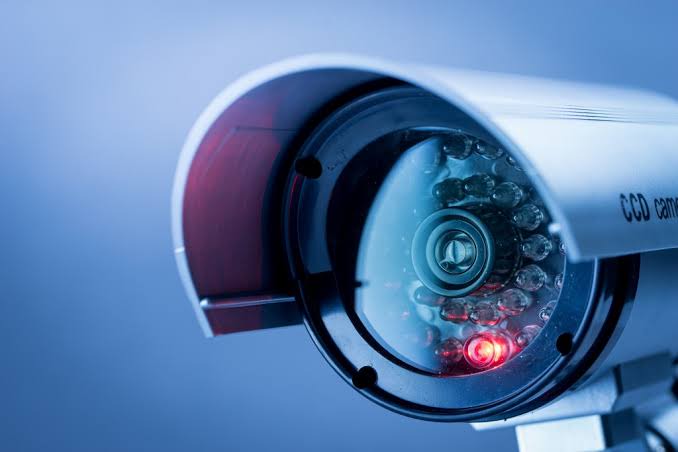 In the world today, suspicious and obscure events are better and faster captured through the use of Closed-circuit television cameras. You would recall that CCTV cameras were used to detect and capture the Offa Bank Robbery criminals which claimed about 33 lives over two years ago. Similarly, the recent killer of Fahim Saleh, owner of GoKada was easily detected through security video of the multimillion dollars building he was staying and some traces were also done through a store camera where he had gone to purchase a cutting saw. The deceased former Personal Assistant , Tyrese Devon Haspil was later uncovered as the killer.

In Arotile's situation, there should have been a CCTV camera in some strategic places of the NAF base including this particular area for easy detection of events. Asides from the physical investigations mechanisms, the digital approach is faster at unraveling events. If NAF haven't done that yet, then I wonder how they would be able to resist the presence of a highly sophisticated but unsuspecting terrorist member in the base or what have they been doing with the monthly security allocations. Although NAF is a highly reputable service but that won't be enough to assure over 100million Nigerians on the death of its first female combat helicopter pilot. An autopsy report should have been included in its preliminary reports or corroborated any of NAF official release.

Therefore, if all these 3 things had been put in place by NAF prior to any of its official release, there is a possibility that the number of speculations, doubts and conspiracies surrounding the death of the gallant officer would have been very minimal compared to what we have now.

I express my deepest and sincerest condolences to the members of the Arotile's Family for the irreparable loss, May Almighty God grant her an eternal rest.

Over to you readers...