Meet the father of genetics. July 22th was his birthday.

By Choice1 (self media writer) | 2 years ago

If you are a science student, biology student precisely you must likely have come across this word "genetics"

The word genetics stems from the

Genetics is a branch of biology concerned with the study of genes, genetic variation, and heredity in organisms.

Gregor Mendel was an Austrian monk who discovered the basic principles of heredity through experiments in his garden. Mendel's observations became the foundation of modern genetics and the study of heredity, and he is widely considered a pioneer in the field of genetics.

Gregor Mendel, known as the "father of modern genetics," was born in Austria in 1822. A monk, Mendel discovered the basic principles of heredity through experiments in his monastery's garden. His experiments showed that the inheritance of certain traits in pea plants follows particular patterns, subsequently becoming the foundation of modern genetics and leading to the study of heredity.

Gregor Johann Mendel was born Johann Mendel on July 22, 1822, to Anton and Rosine Mendel, on his family’s farm, in what was then Heinzendorf, Austria. He spent his early youth in that rural setting, until age 11, when a local schoolmaster who was impressed with his aptitude for learning recommended that he be sent to secondary school in Troppau to continue his education. The move was a financial strain on his family, and often a difficult experience for Mendel, but he excelled in his studies, and in 1840, he graduated from the school with honors.

Around 1854, Mendel began to research the transmission of hereditary traits in plant hybrids. At the time of Mendel’s studies, it was a generally accepted fact that the hereditary traits of the offspring of any species were merely the diluted blending of whatever traits were present in the “parents.” It was also commonly accepted that, over generations, a hybrid would revert to its original form, the implication of which suggested that a hybrid could not create new forms. However, the results of such studies were often skewed by the relatively short period of time during which the experiments were conducted, whereas Mendel’s research continued over as many as eight years (between 1856 and 1863), and involved tens of thousands of individual plants.

From then on scientist all over the world have continued to build on the discoveries of Gregor Mendel which led to the production of different improve varieties of different plant and animals which we enjoy today, the benefits of this improved varieties can not be over emphasized, they improve yields there by increasing the income of the farmers, are mostly resistance to some certain conditions which the local varieties may not,  this can be attributed to the great work by the father of genetics, Gregor Johann Mendel,  what do you think about this great man, 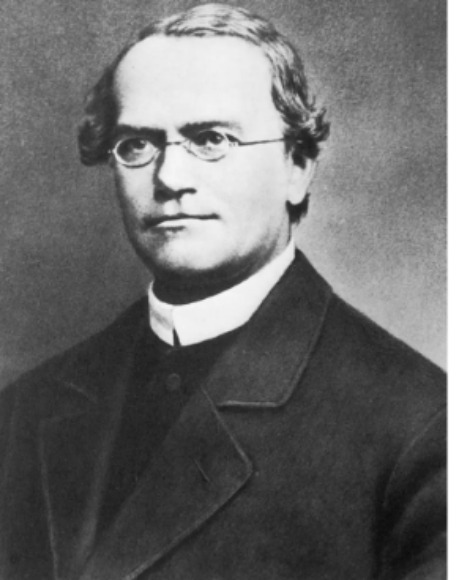 Content created and supplied by: Choice1 (via Opera News )