The Lifestyle and Culture of Ogoni People In Rivers State

By KasAdiele (self media writer) | 1 year ago

Ogoniland is a kingdom which covers close to 1,000 square kilometres in Rivers State, southern Nigeria. Ogoniland is situated in the Niger Delta region, the third largest mangrove ecosystem in the world.

The Ogoni culture also known as the Ogonis are people in the region of Southeastern Senatorial district in Rivers State Nigeria. They now number about over two million people and live in a 404-square-mile (1,050 km2) homeland which they also refer to as Ogoni, or Ogoniland. They share common oil-related environmental problems with the Ijaw peopleof Niger Delta.

Ogoniland has a population of close to 832,000 (according to the 2006 National Census). The region is divided administratively into four local government areas: Eleme, Gokana, Khana, and Tai. The Ogoni people are predominantly farmers and fishermen.

The Ogoni economy is based largely on fishing and subsistence agricultural production of foods such as yams and cassava. Yams occupy a central place in the economy. They not only are an important source of physical nourishment but also have tremendous spiritual importance in the culture. The annual yam harvest is a time when the Ogoni pay respect to the land on which they live. However, oil reserves dispersed throughout Ogoniland remain a primary source of income for the Nigerian government

Within Ogoniland four main languages are spoken, which, although related, are mutually unintelligible. Linguistic experts classify the Ogoni languages of Khana, Gokana, and Eleme as a distinct group within the Beneu-Congo branch of African languages or, more particularly, as a branch in the New Beneu-Congo family.

Oil exploration and exportation is one of the chief commercial activities in Ogoniland, but many of the most impoverished residents of the area do not receive the benefits derived from oil revenues.

Christianity is widely practiced in Ogoniland, but a number of indigenous elements of Ogoni culture are still present. The traditional culture places a great deal of importance on the land, including the abundant streams and rivers that run throughout the region. Those streams and rivers provide food and a source of spiritual nourishment for the Ogoni. They are afforded a good deal of prominence in Ogoni culture and are worshiped by some as a god. The Ogoni also believe that the human spirit or soul can manifest itself in animals.

Despite the introduction of Christianity, many aspects of the indigenous Ogoni culture and religion are still evident. The land on which they live and the rivers that surround them are very important to the Ogoni people. They not only provided enough food, they are also believed to be a god and are worshiped as such

The fruit of the land, especially yams, are honoured in festivals. The annual festival of the Ogoni people is held during the period of the yam harvest

Some of the special qualities of Ogoni people includes

4)They believe in education and doesn't play it

5)They are very strong when it comes to farming ..

7) They are lovely when you understand them . 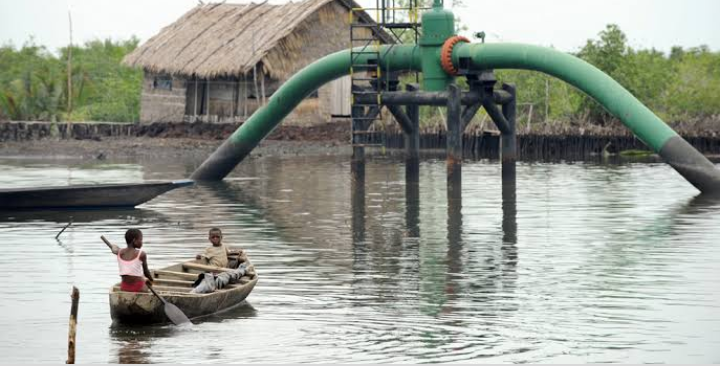