Edo State farmers who participated in the 2017 - 2019 Agripreneur programme are protesting the non-payment of sales from their farm produce by the Edo State Government.

The protesters stormed Abuja to make known their grievances to the CBN, World Bank and the Federal Government.

Speaking on behalf of the group the Edo State Concerned Farmers Association, Mr Abdul Mohammed alleged local farmers were shortchanged in the 69 Billion Naira loan from CBN and other financial donors.

They called on the World Bank, CBN and other financial authorities to begin a forensic audit of the transactions between Edo State Government and the financial bodies in the facilitation of the Agriprenuer scheme. 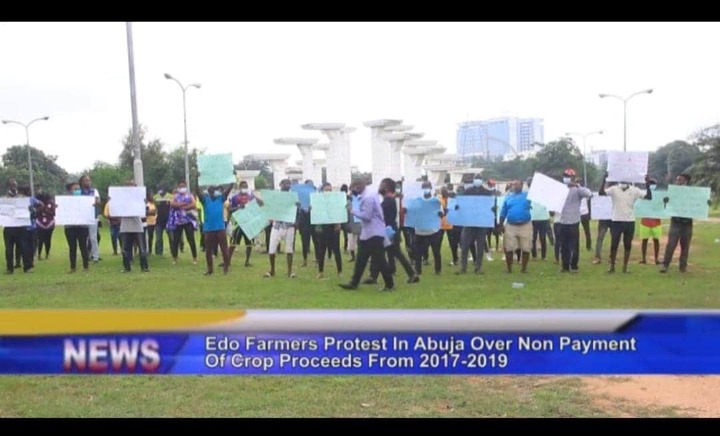 The young farmers who participated in the 2017-2019 Agripreneur SCHEME expressed their frustration on Edo State Government in refusing to pay them their money from the proceeds of crops cultivated. 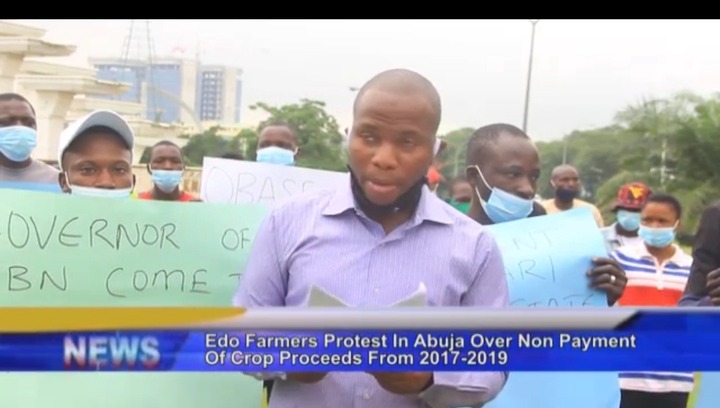 They called on Obaseki to keep to his responsibility by paying them their money. They claim it is over nine months their produce were taken to be sold without the Government giving them a penny for their hard-earned labour after selling the crops.

This is how the Agripreneur scheme works, the Edo State Government secures loans on behalf of local farmers and provide land for them to farm.

After the harvest of the crops, the State Government takes the crops from the farmers for sales then, in turn, returns the proceeds to the farmers.

Now for nine months, these farmers have not received a penny from the State Government after their products were sold. 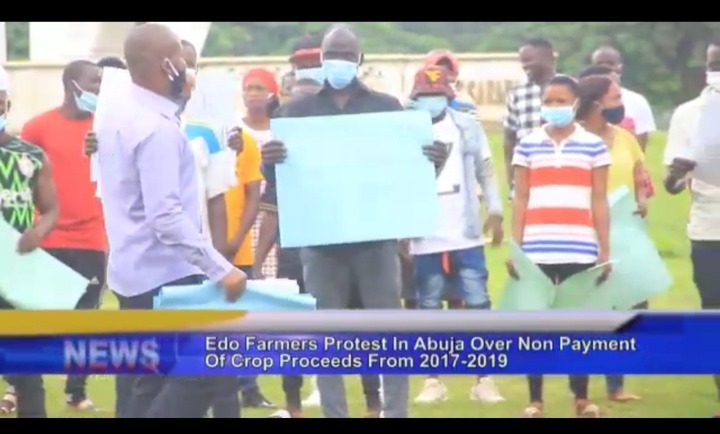 "We demand Justice, Obaseki pay us"

This is the third protest against Obaseki's administration in the last two weeks.

First COVID-19 staff protested the non-payment of their salaries and allowances for three months by Godwin Obaseki.

What are your views on this vexed issue? was Obaseki right to withhold the proceed of their produce for nine months?

Meanwhile, the sum of 2Billion is involved in this particular Sobe scheme.