By Brinklenews (self media writer) | 2 years ago 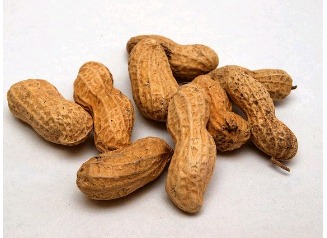 Production analysis of groundnut (Arachis hypogaea) was carried out in Ezeagu local government Area of Enugu State. This was done by randomly sampling 105 groundnut farmers from seven autonomous communities in the local government area. The overall aim was to determine, specifically the profitability of groundnut production relative to the resources used. Data collected was analyzed by using descriptive statistics, gross margin and multiple regression. From the result, it was found that 48.6% of the farmers owned between 4 – 6 hectares while 25.7% had between 1 – 3 hectares of land. Most of the land owned (43.8%) was by inheritance, with purchasing and hiring constituting 21.9% and 34.3%, respectively. Moreso, the type of labour used was predominantly manual (57.1%) and sourced from mainly (33.3%) family labour. This was relatively augmented with both hired labour (30.5%) and communal labour (23.8%). Generally, most of these farmers employed traditional farm inputs, and family labour. They were also found to source their funds for groundnut production mainly from personal savings (26.7%) while relatives contributed 15.2% including 14.3% from friends. Furthermore, the result of gross margin analysis revealed that N8,466 per hectare was obtained. Even at that, a sizable profit of N6,067 was realised, an indication that groundnut production was a profitable venture in the study area. However, the multiple regression analysis indicated R2 value of 0.9825. This implied that 98% of the total variation in groundnut yield was explained by the combined influence of all the explanatory variables (farm inputs) in the regression equation. The overall result indicated a strong, positive relationship between some independent variables (inputs) used in groundnut production and the yields obtained as confirmed by F-test (2.250). The study also identified lack of improved capital inputs (80.95%), non availability of fertilizer, lack of collaterals (47.62%), and high interest rate (38.09%) as major problems hindering the production of groundnut in Ezeagu Local Government of Enugu State.

Content created and supplied by: Brinklenews (via Opera News )