Meet The Maasai Of Kenya, The Tribe Who Greet And Bless One Another Through Spitting

The Maasai culture is an interesting one and this article is a vivid insight into their lifestyle as a tribe. First it is worthy of note to establish that the Maasai tribe of Kenya are semi nomadic and pastoral. They live by herding cattle and goat. Historically, the Maasai tribe have not fared well in modern Africa. 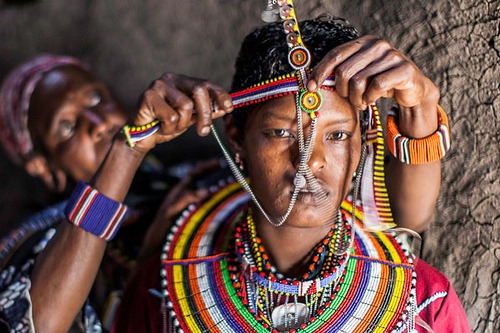 In Africa, several cultures exists. Ranging from classical cultures that include style of eating, greeting, dressing, etc to popular cultures. Generally, respect for elders and grown ups in the community is an integral part of the many cultures that are practised in African countries.

In popular tribes like the Yoruba, Igbo and Hausa in Nigeria, stooping low on bended knees or lying flat on the ground is a way of greeting the elderly people as show of respect or receiving blessings from the aged.

However, contrary to greeting practice in popular cultures and tribe, it's rather strange to see that among the Maasai tribe of Kenya, spitting is a way of greeting eachother. For instance, as symbol of respect, the younger ones spit on their palms or hands before offering it to the elders for handshake. 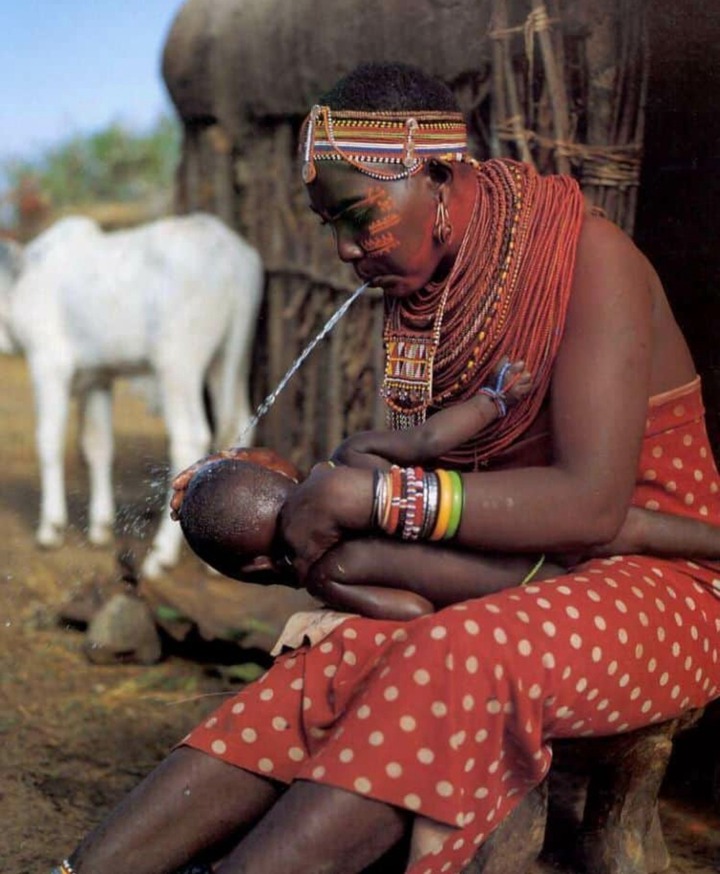 Another strange but amazing practice which is unique to the Maasai tribe of Kenya and Tanzania is spitting on a newly born child. On the birth of a child, the elderly use to spit on the child of the newly born and say that the child is evil and bad. Culturally, the Maasai tribe believe that if a child is praised on its arrival, it will bring bad luck to the baby. Rather, this practice of spitting on the head of the new baby to say evil or bad to him brings good luck.

Other amazing attributes of this tribe is their love for beads and way of dressing. They see the use beads as a way of adding to their beautification. And of a truth, it is obvious in them that they are beautiful. Among others is painting and make up, using local and traditional materials which is also an integral part of the Maasai tribe. 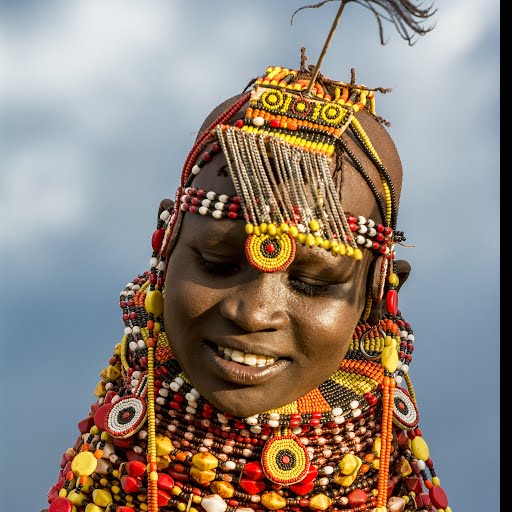 Judging from the above pictures, the Maasai tribe of Kenya can go as far as wearing beads on their neck, filling it to the brim. Forgetting this art and act, they bore multiple holes in their ears and wear rings. This can be seen in both males and females. 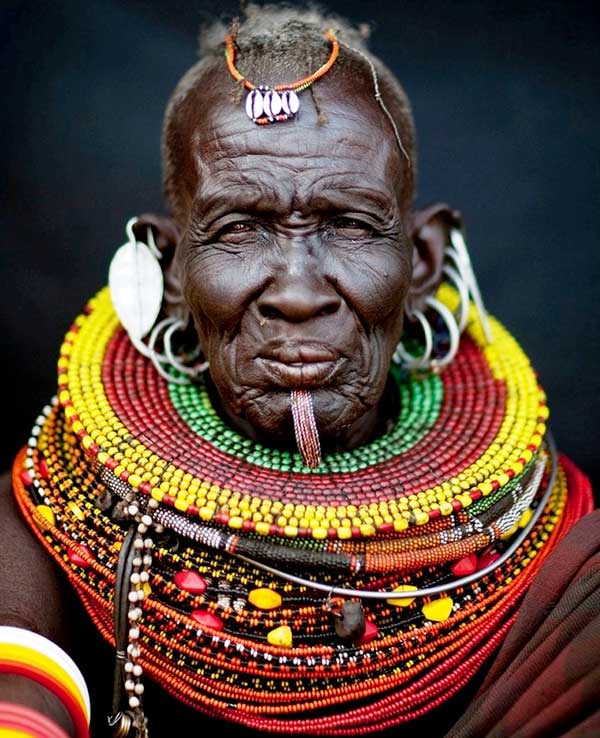 For me, African cultures are truly beautiful. They are expression of God's handiwork of surpassing wisdom and intelligence in man. And this is the greatest advantage of Africa over other continents; keeping her culture from dying through popular participation despite the influence of the Westerners. 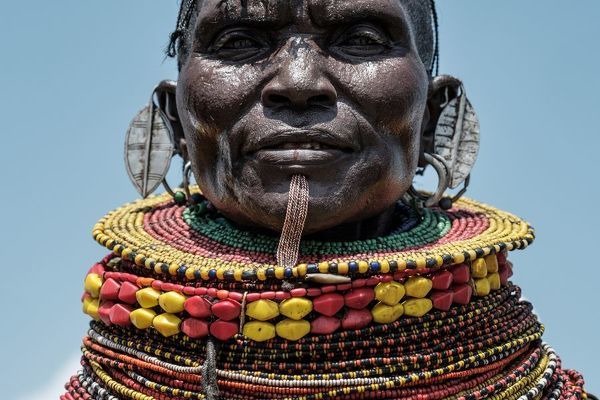 They may appear strange but they are unique in their own way. After all, God created all of us in his own image.