7 Most Expensive Paintings Ever Sold In The World.

Below are the 7 most expensive paintings ever sold in the world, worth millions of dollars. 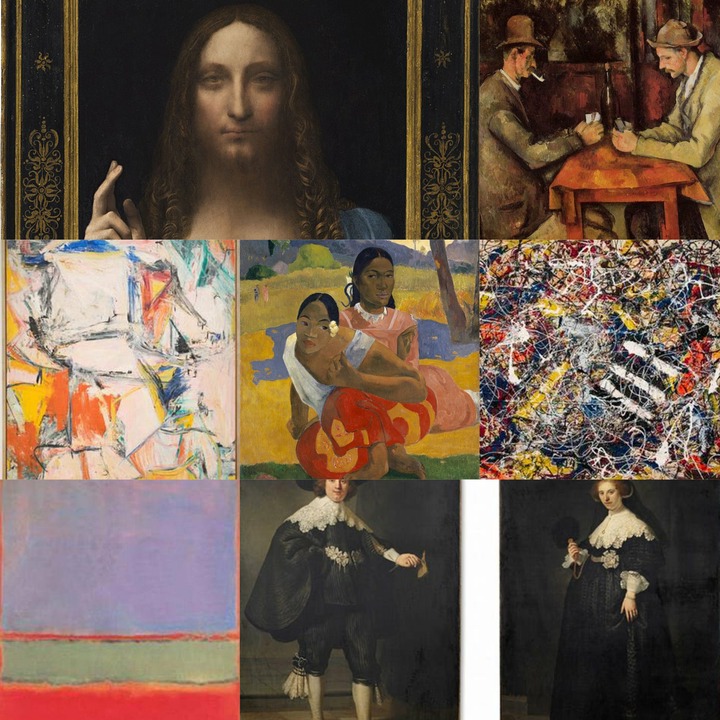 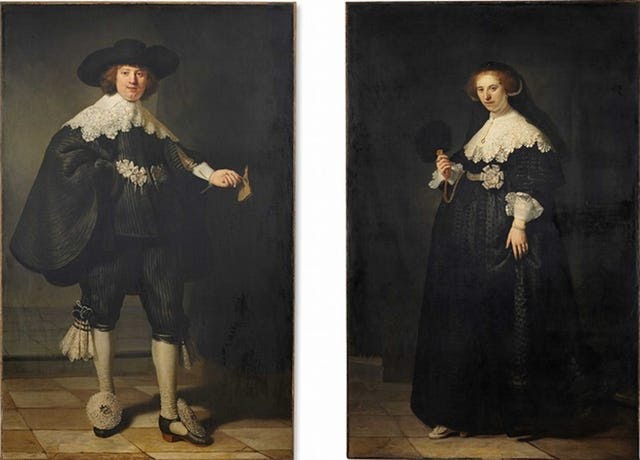 The pendant portraits of Marten Soolmans and Oopjen Coppit are a pair of full-length wedding portraits by Rembrandt. They were painted on the occasion of the marriage of Marten Soolmans and Oopjen Coppit in 1634. Formerly owned by the Rothschild family, they became joinedly owned by the Louvre Museum and the Rijksmuseum in 2015 after both museums managed to contribute half of the purchase price, a record for works by Rembrandt. 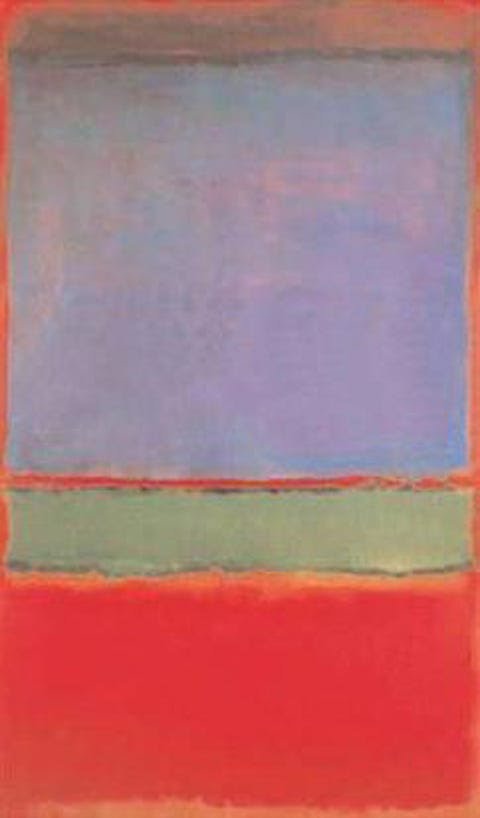 No. 6 (Violet, Green and Red) is a painting by the Latvian-American abstract expressionist artist Mark Rothko. It was painted in 1951. In common with Rothko's other works from this period, No. 6 consists of large expanses of colour delineated by uneven, hazy shades. In 2014, it became one of the most expensive paintings sold at auction 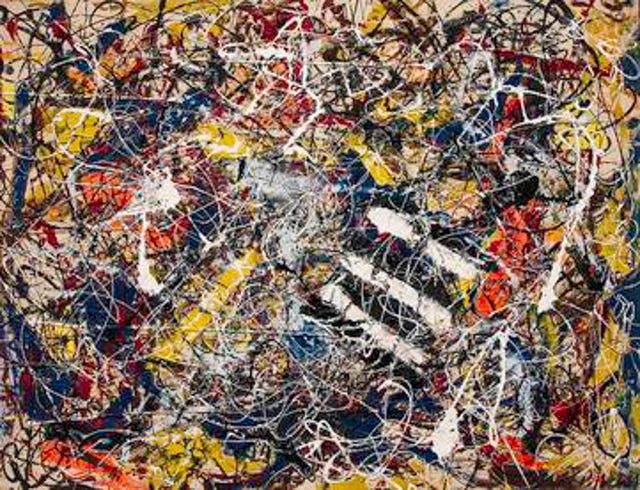 Number 17A is a painting by Jackson Pollock, an American painter known for his contributions to the abstract expressionist movement.

In 2015, it was sold by the David Geffen Foundation to Kenneth C. Griffin for $200 million. 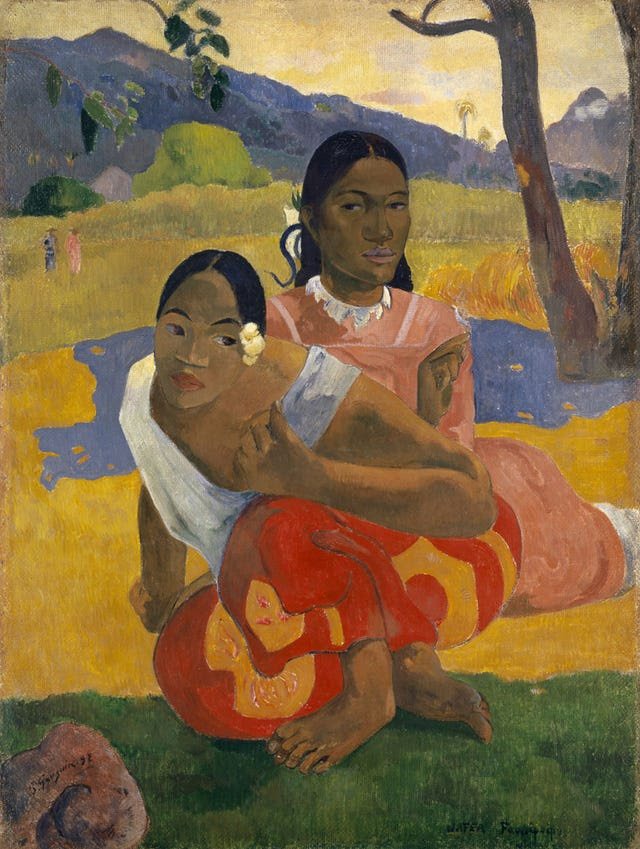 The painting (When Will You Marry?) is an oil painting from 1892 by the French Post-Impressionist artist Paul Gauguin. On loan to the Kunstmuseum in Basel, Switzerland for nearly a half-century, it was sold privately by the family of Rudolf Staechelin to Sheikha Al-Mayassa bint Hamad Al-Thani, in February 2015 for $210 million, one of the highest prices ever paid for a work of art. The painting was on exhibition at the Fondation Beyeler, Riehen, until 28 June 2015. 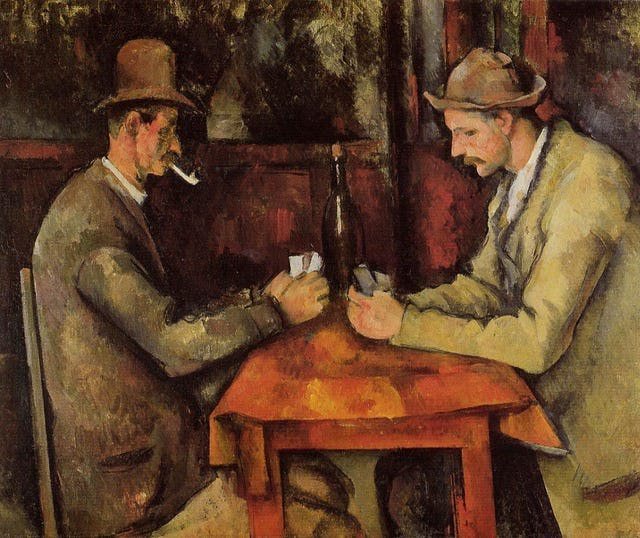 The Card Players is a series of oil paintings by the French Post-Impressionist artist Paul Cézanne. Painted during Cézanne's final period in the early 1890s, there are five paintings in the series. The versions vary in size, the number of players, and the setting in which the game takes place. Cézanne also completed numerous drawings and studies in preparation for The Card Players series. One version of The Card Players was sold in 2011 to the Royal Family of Qatar for a price estimated at $250 million ($284.1 million today), signifying a new mark for highest ever price for a painting as at that period. 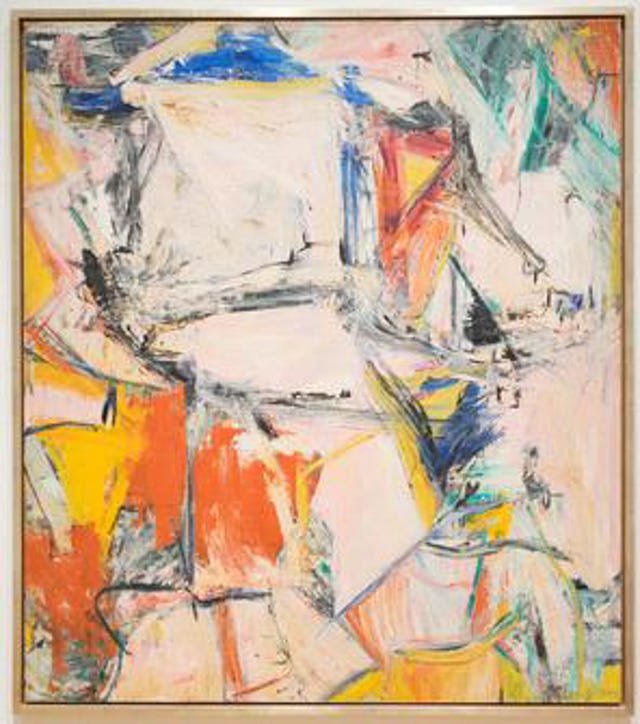 Interchange, also known as Interchanged, is an oil on canvas painting by the Dutch-American abstract expressionist painter Willem de Kooning (1904–1997). It measures 200.7 by 175.3 centimetres (79.0 by 69.0 in) and was completed in 1955. It was one of de Kooning's first abstract landscapes, and marked a change in his style under the influence of fellow artist Franz Kline. In September 2015, it was sold by the David Geffen Foundation to Kenneth C. Griffin for $300 million (equivalent to $325,731,065.70 as of 2019), a new mark for highest ever price for a painting, not surpassed until November 2017 by Leonardo Da Vinci's Salvator Mundi. 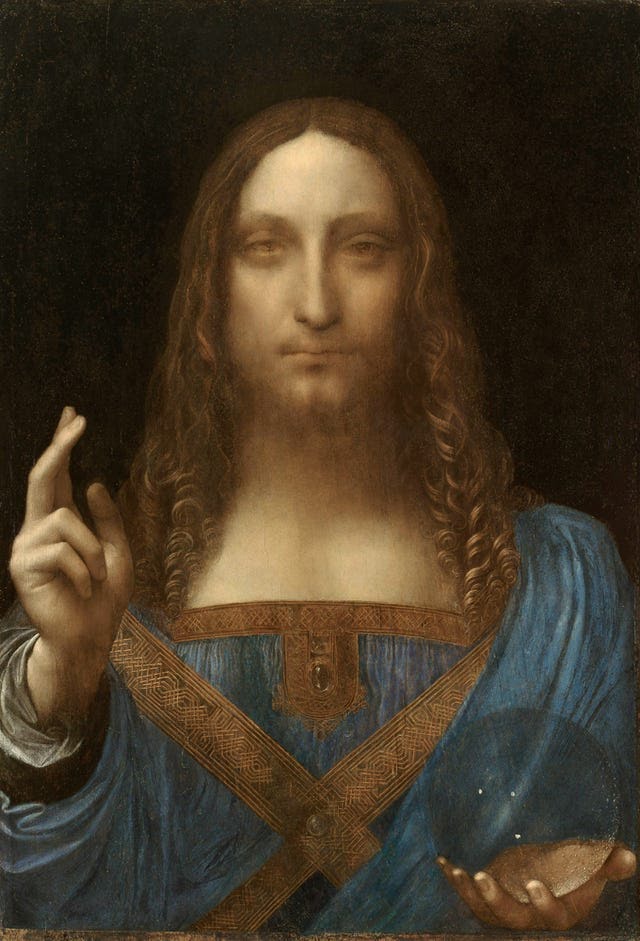 Salvator Mundi is a painting by Italian Renaissance artist Leonardo da Vinci dated to c. 1500. Long thought to be a copy of a lost original veiled with overpainting, it was rediscovered, restored, and included in a major Leonardo exhibition at the National Gallery, London, in 2011–12. Christie's claimed just after selling the work that most leading scholars consider it to be an original work by Leonardo, but this attribution has been disputed by other specialists, some of whom posit that he only contributed certain elements. 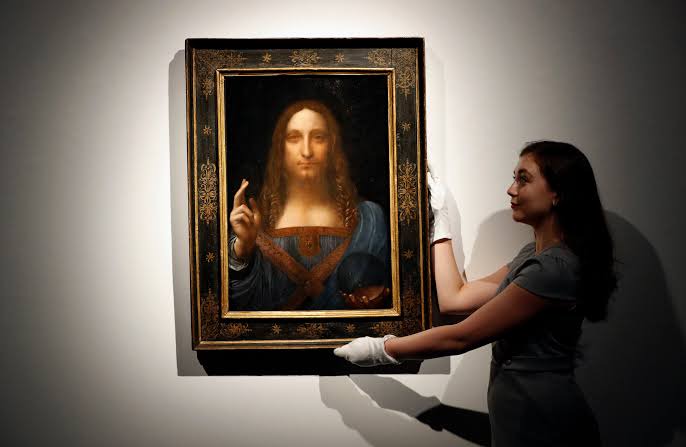 The painting depicts Jesus in Renaissance dress, making the sign of the cross with his right hand, while holding a transparent, non-refracting crystal orb in his left, signaling his role as Salvator Mundi (Latin for 'Savior of the World') and representing the 'celestial sphere' of the heavens.

It was sold at auction for $450.3 million on 15 November 2017 by Christie's in New York to Prince Badr bin Abdullah, setting a new record for most expensive painting ever sold at public auction.