Take A look At Some Expensive Cars, You Will Definitely Want To Get When You Become Rich (Photos)

By StandardArena2 (self media writer) | 2 years ago

Checking through the attics of history, the automobiles are particularly antiquity. With almost person trying to be different, special and be termed rich. The kings, legislators, wealthy people don't want to ride the masses' type of cars. There are request for more good cars that supercede the others and the manufacturers didn't fail in providing according to their demand; that's their own means of income too. More cars are produced and they come with more added cost than the existing ones. This gives rise to rating of cars in term of their prices, and yes the most expensive cars. Each year has its own rating, same with 2020. We will discuss the most expensive cars in 2020 in the following paragraphs.

We will start from the fifth on the list. Lamborghini Veneno Roadster occupies this great position with its price tag at $4.5 million .It takes the aerodynamic efficiency of a racing prototype onto everyday roads. This work of egineering is built with a 6.5 liter aspirated V12 engine and a top speed of 355 km. It takes on corners like it ravages through straight road and gives the exciting feeling of flying. takes the fourth position. It has different features which prove its awesomeness in addition to its cost. These range from a carbon ceramic brakes with ABS, top speed of 254mph and diamond weave fibre finish. What a car! 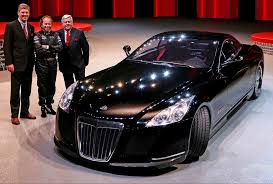 sits solidly at the second position on the list of the most expensive cars. With a prize tag of $8 million, the four seater sports car with V12 twin turbo engine has marvelled the masses. Reports show that it is only 12 that are in the whole world and it was first purchased by rapper Birdman. Jay Z has also featured it in his music video of "Lost one". Although the speed limit is 213mph, a ride in it will feel.like being in paradise. Motor cars made this record breaking car. Built in the United Kingdom and commissioned in 2013 for an aircraft and super- yacht specialist, whose identity wasn't firstly divulge,but was later discovered to be Sam Li, one of the sons of billionaire, Sammy Tak Lee. The car has an engine technical specifications of 6.5L V12 and a power output of 338. Real bookmatched hardwood interior trim and hardcrafting throughout were among factors that had raised its price, but it worth its price.

Content created and supplied by: StandardArena2 (via Opera News )