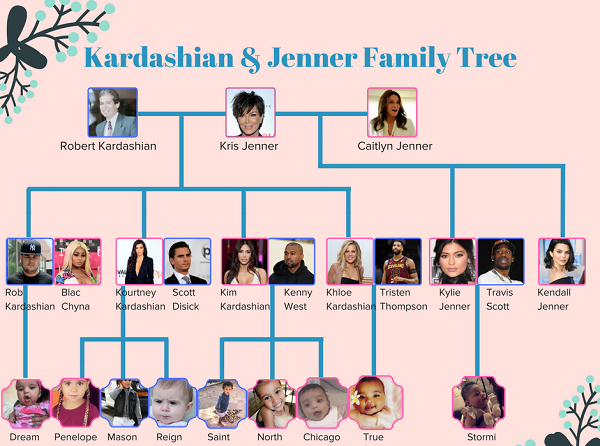 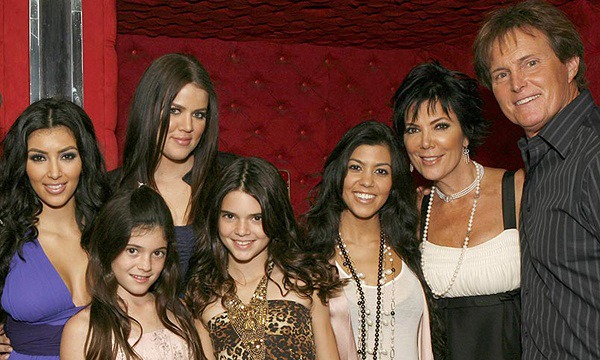 Whenever you hear the name ‘Kardashians’ three concrete things comes come to mind are: Beauty, reality TV show and expensive lifestyle. Probably, one would think that was all they were about but there is more to them than that. Today we would be focusing on their expensive car collection. The Kardashian family has become an important role model in anything relating to women power and fashion. 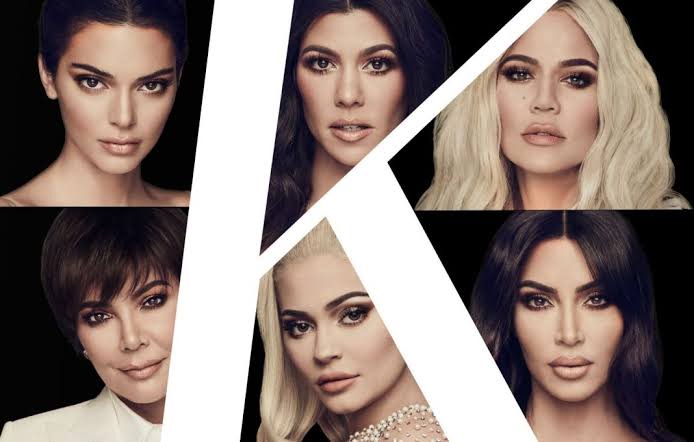 The Kardashian’s family garage is home to some of the world’s most expensive cars. Here are the expensive luxurious cars you’d find in their collection: 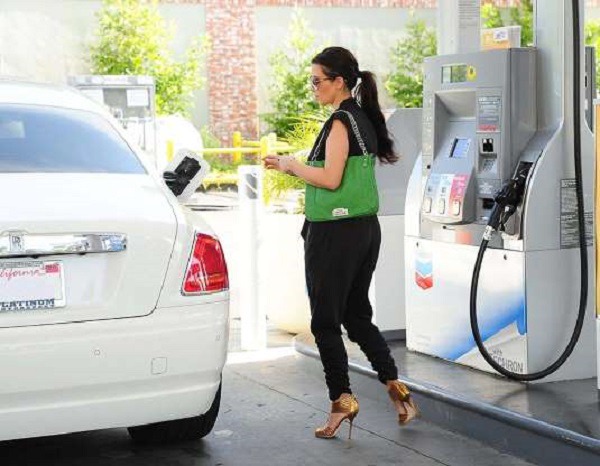 The fashionista Kim Kardashian was seen standing beside a white Rolls Royce Ghost in Los Angeles. She was also seen filling up the car herself at a gas station in 2011. The Rolls Royce Ghost comes with a fitted V12 6.6-liter engine that secretes 563 horsepower and 575-pound feet of torque. Its impressive engine is also mated to an eight-speed automatic transmission system. 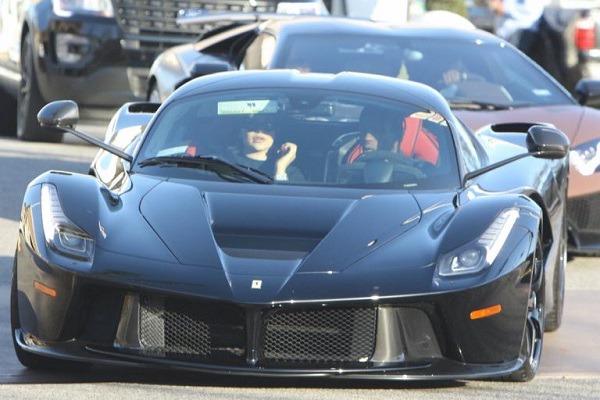 The beautiful black Ferrari belongs to Kylie Jenner. The newest version of this Italian model offers it user about 949 horsepower and 663-pound feet of torque and is powered by a V12 engine. It is also able to sprint from zero to 60 mph in 2.6 secs, adding a top speed of 217 mph, impressive right? 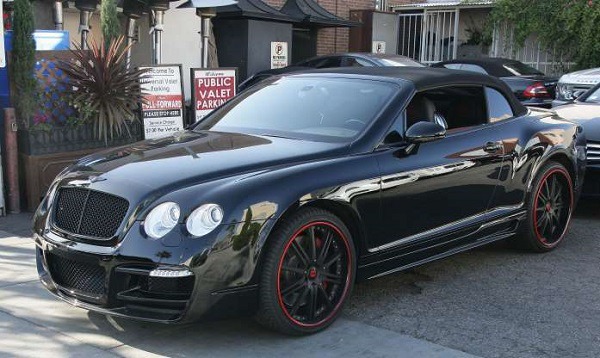 This luxurious Continental GT Convertible produced by the Bentley car company belongs to Kim Kardashian. She has been spotted driving in this road beauty while shopping at Hollywood. She owns the 2009 model and it comes with fitted with W12 engine able to produce 600 horsepower and 553-pound feet of torque. The classy car offers it owners a speed high of 198 mph. 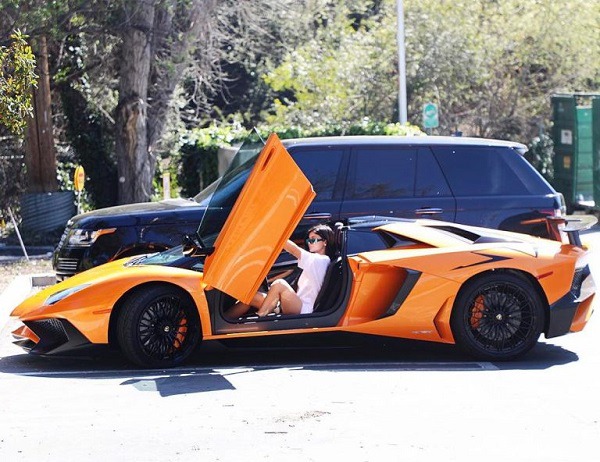 The orange Lamborghini in the Kardashian garage belongs to Kylie Jenner. This road runner comes with a mated 7-speed automatic transmission and can hit 70 mph in 2.5 secs, the only con about this ride is the fact that it comes with a manual shift stick. 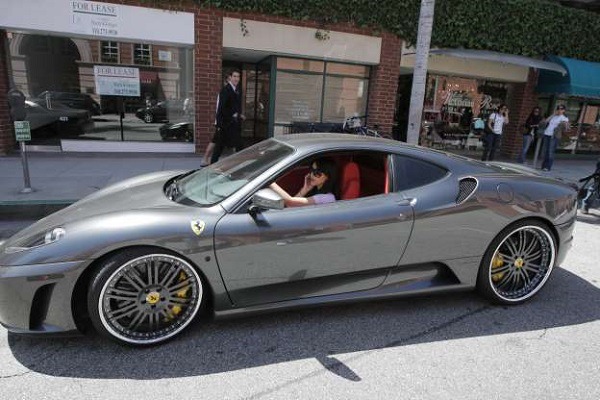 Sometime in 2009, Kim was spotted driving around in this classic Italian made ride. It is powered by a 4.3-liter V8 engine which is powerful enough to produce 460 horsepower and 340-pound torque. 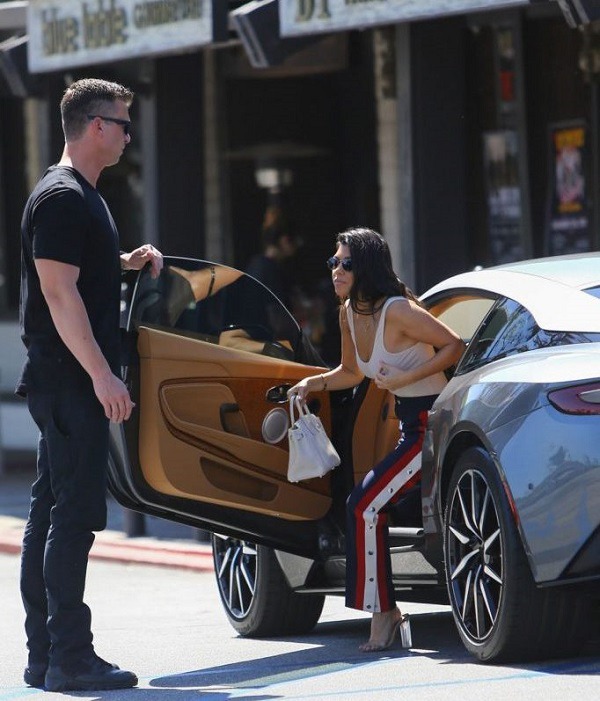 This luxury model and highly classy car from the British carmaker belongs to the second born in the family, Kourtney Kardashian. The latest version of the DB11 coupe is equipped with a V12 4.0-liter engine, it is also mated to an 8-speed automatic transmission. 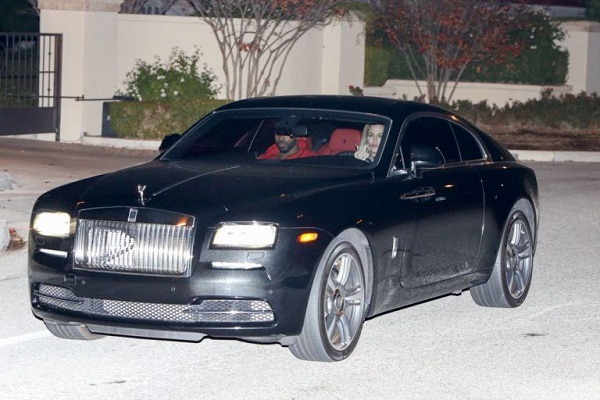 The Rolls Royce Wraith in the Kardashian family garage belongs to Khloe. Purchased sometime in 2014, it comes with a V12 6.4-liter engine with an impressive output of 620 horsepower and 608-pound feet of torque, added with a 9-speed automatic transmission. 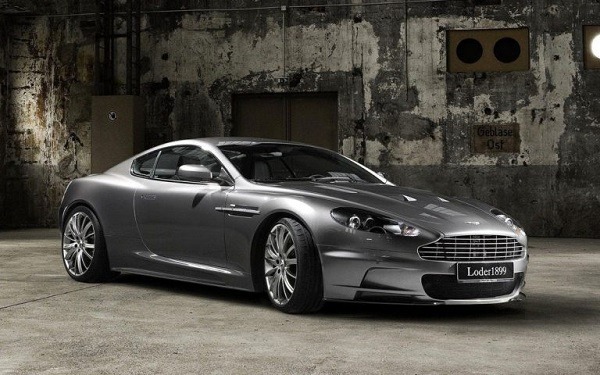 This classic DB9 model made by Aston Martin is owned by both Kim and her controversial husband Kanye West. Do not be fooled by how sleek and classy it looks, this road machine is very powerful and has an impressive acceleration. 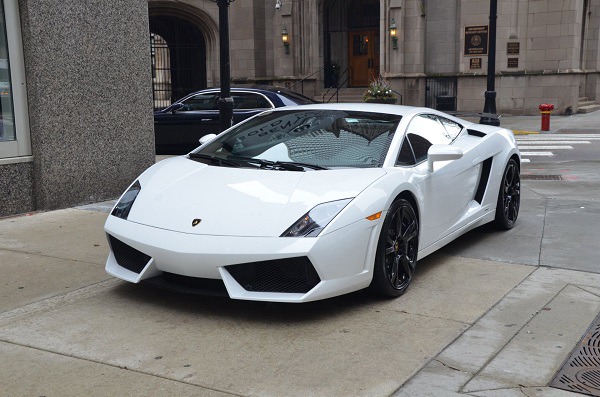 It is clear that Kimberly Kardashian is a huge fan of fast and expensive cars. She used this Lamborghini Gallardo for a sizzling photo session in 2014. Kim’s Gallardo is equipped with an impressive V10 engine which can produce as much as 500 horsepower and 390-pound feet of torque. Added to it is an acceleration from zero to 60 mph in an impressive 3.2 secs. 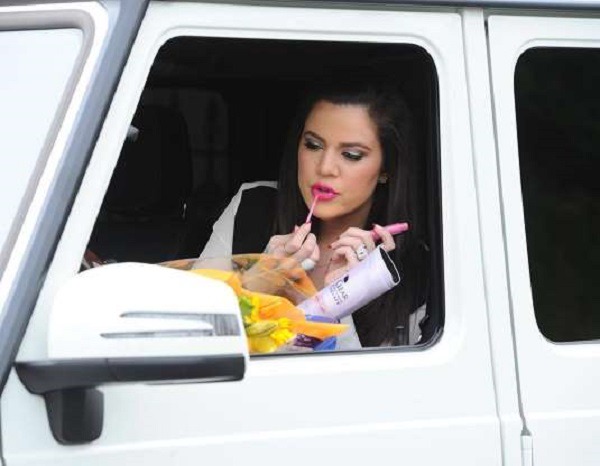 This Mercedes Benz G-Wagon belongs to Khloe as she has been seen in it a number of times. Purchased in 2013, The Mercedes G-Wagon is a landmark luxurious vehicle made for all types of road. It engine emits about 372 horsepower and 381 pound feet of torque. 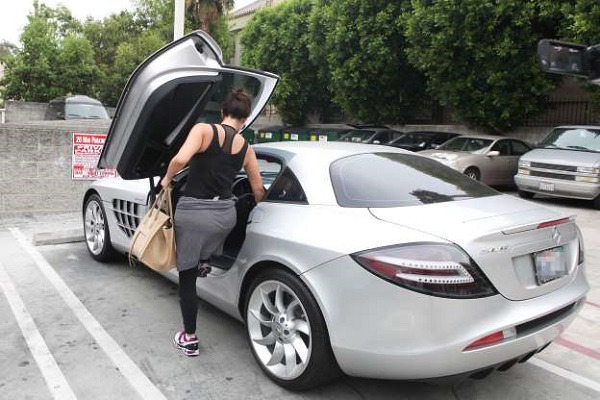 One of the finest rides you’d find in the Kardashians car collection is the ever green Mercedes-McLaren SLR super ride. Kim has been seen driving around in the supercar a number of times.

The Mercedes-McLaren SLR is almost a perfect fusion of the German car makers. It is equipped with a V8 5.5-liter engine that has an impressive output of 656 horsepower and a top speed of 219 mph which is quite impressive. All this ensures the car can sprint from 0 to 62 mph in just 3 secs, absolutely astonishing. 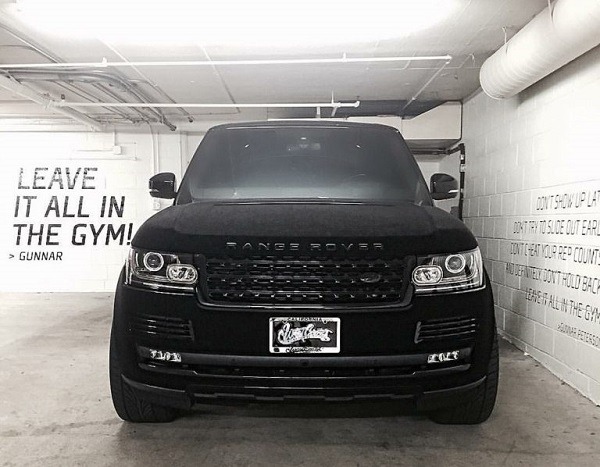 The comfortable Land Range Rover has been tagged a family car due to it comfortability and efficiency. The Range Rover is stacked with a V8 5.3-liter engine capable of producing 510 horsepower and 466-pound feet of torque, it is also equipped with the popular 8-speed automatic transmission. 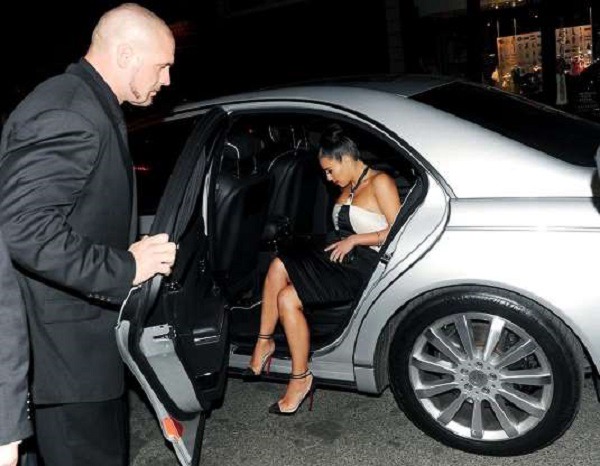 The lovely Kim Kardashian steeped out Mercedes Maybach at the 7th Annual Tribeca Film Festival Artists Dinner in New York. The Mercedes Maybach is was built so it owner could be chauffeured in because of the amount of attention given to the passenger seats. 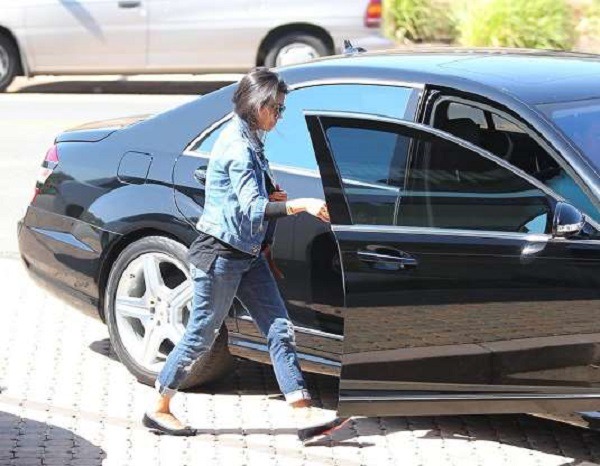 Paparazzi spotted Kourtney Kardashian getting into this expensive and much exotic Mercedes Benz S-class at a mart in 2012. It is equipped with a V6 hybrid engine. 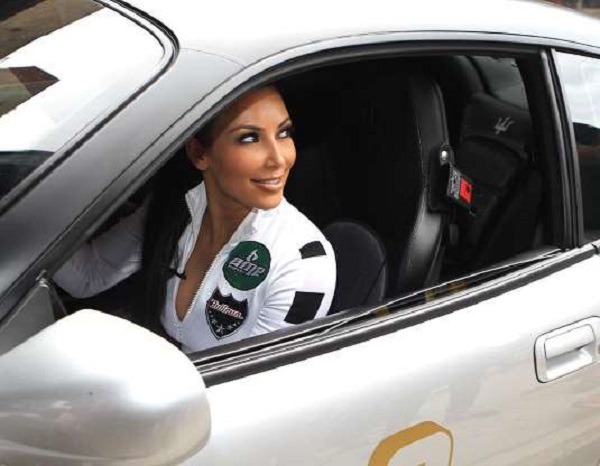 Kim Kardashian pulled up in this expensive Maserati Coupe at the Bullrun Super Car rally which was staged in New York in 2010. The 2-door coupe is powered by an impressive V12 4.1-liter engine, it is also equipped with an 8-speed automatic transmission. Its impressive engine produces about 410 horsepower which is enough to give anyone an awesome driving experience. 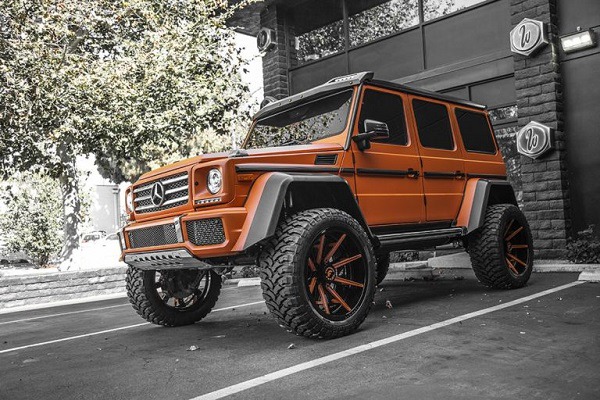 The acquisition of this car just goes to show that Kylie isn’t all about speed when looking for a ride, but she also loves off-road monsters as well. Her Mercedes G-Wagon is a very intimidating ride when gazed upon with our normal eyes and it can probably ride on any kind of road in the word. It is powered by a well-built 4.1-liter V8 twin-turbo engine that comes with an output of output of 420 horsepower and 455 pound feet of torque 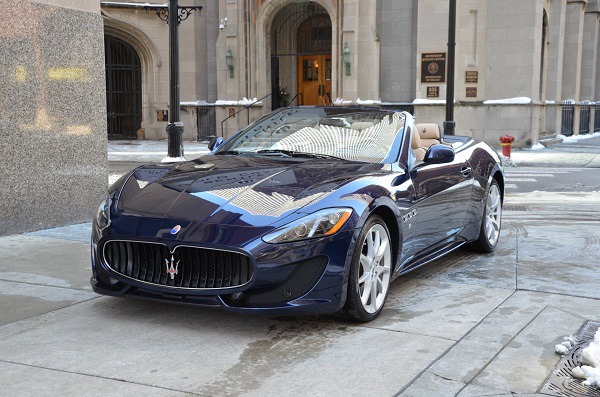 The acquisition of this car just goes to show Kim’s love for luxurious cars. She was spotted in her Maserati GranTurismo she got for herself in 2014. The year model offered it users a V9 4.7-liter engine, while also producing an output of 434 horsepower and 396-pound feet of torque. 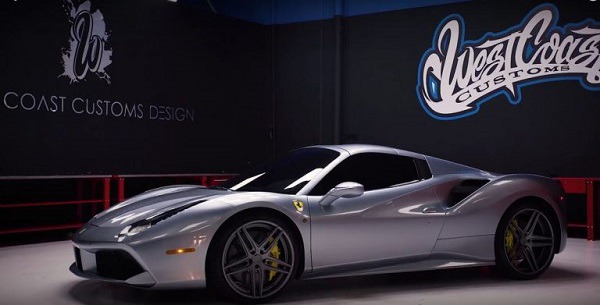 Just like her sisters, Kylie also has a longing taste for expensive luxury cars. This 488 Spider made by the Italian automakers is one of the fastest cars in the Kardashian family her garage. The Ferrari 488 Spider is powered a V9 3.8 -liter engine producing about 652 horsepower and 545-pound feet of torque.