By PostMaster (self meida writer) | 1 months

It may really sound interesting to hear that the first woman in Nigeria to ride a scooter/motorcycle is still alive, and celebrating her birthday today.

Birthday is always a special day to every living being, it marks the beginning of one's journeyday on Earth.

This is why we always take it to all possible corners including social media to celebrate our friends or great figures on their birthdays, inorder to make them feel special on that day.

If we can celebrate other great figures on their birthdays, I think this great woman of history, Elder Aderonke Adedamola Ayeni JP, deserves to be celebrated on her birthday as well.

She is a great woman of honour who has created a history that would never be erased; in fact she has written her name in the book of history, with an indelible pen.

Ayeni, who was born on March 7, 1941, is historically believed to be the first woman in Nigeria to ride a scooter/motorcycle. 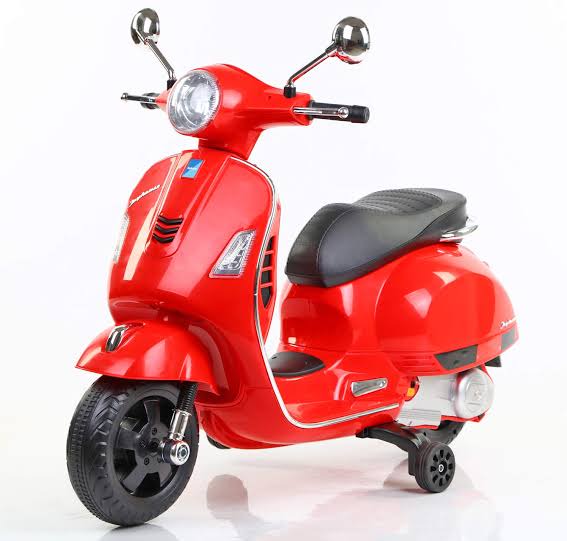 According to the report on TheNation, Ayeni made a viral headline on DailyTimes Newspaper on July 1968, when her photos permeated everywhere as the first woman in Nigeria to ride a motorcycle. 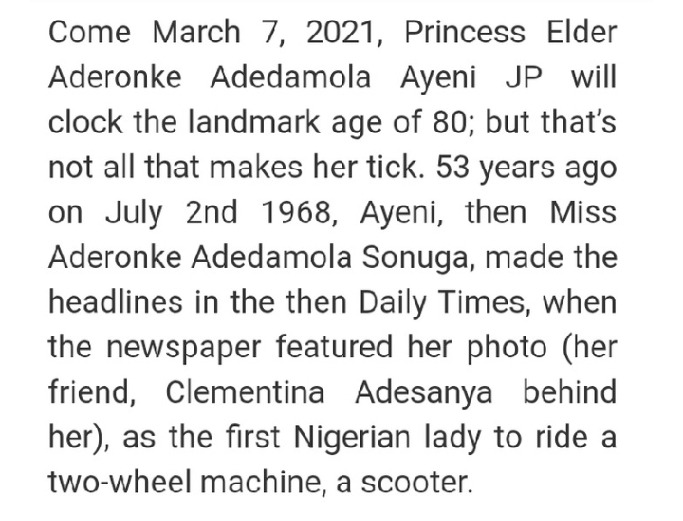 This would really sound funny but it's actually a history that had been created and maybe difficult to forget.

Even at her old age of 80 years, Ayeni still feels the fun remembering how she made the newspaper headline in 1968.

On several interviews with Ayeni about how she really made the newspaper headline in 1968, she always explain that the whole thing was just like a joke.

On that faithful day, she actually went to DailyTimes' office in Lagos to place advert about the upcoming burial ceremony of her late mother.

As she rode in with her motorcycle, she immediately became an object of amazement to the Journalists in the office. In full of surprise, the Journalists were all struggling to snap her while she was still on top of her scooter. 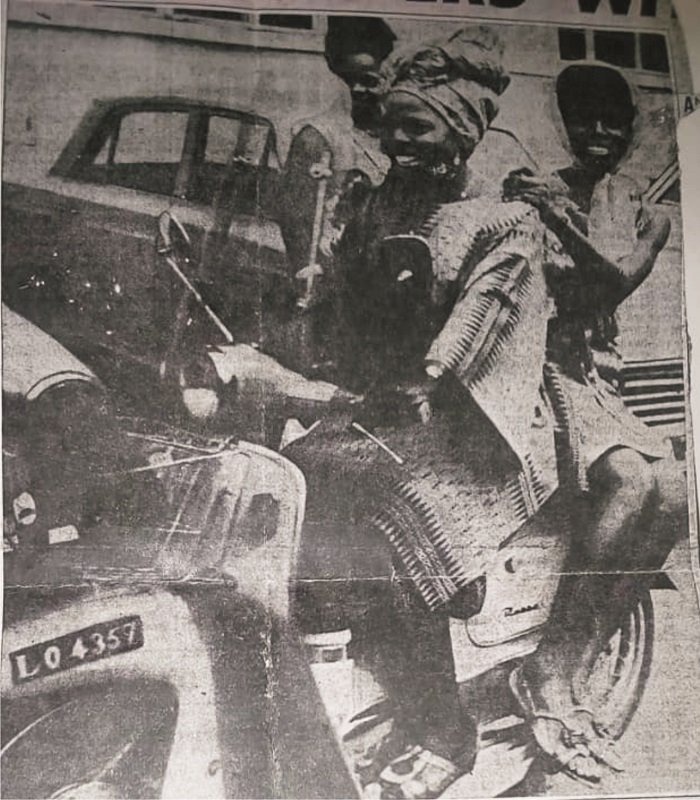 Just as she would always say, she never saw it as anything serious, as she thought the Journalists were just playing so funny at her. But to her greatest surprise, the news about her bursted immediately across the globe even before she could get back home from the office.

From that day, Ayeni began to be recognized as the the first woman in Nigeria to ride a scooter/motorcycle.

When Ayeni was interviewed by TheNation about how she actually got the scooter in such early time, she explained that the motorcycle was given to her by the ministry of Agric of the old Western Region of Nigeria, as a gift for being the first trained lady cooperative inspector in the Ministry of Agric.

According to her, the headline later paved way for her, and even got a car for her after within a little period of time. Not only that, she automatically rose to become a celebrity even till today.

Ayeni is now a widow, but thank God she was blessed with three children; two girls and a boy. 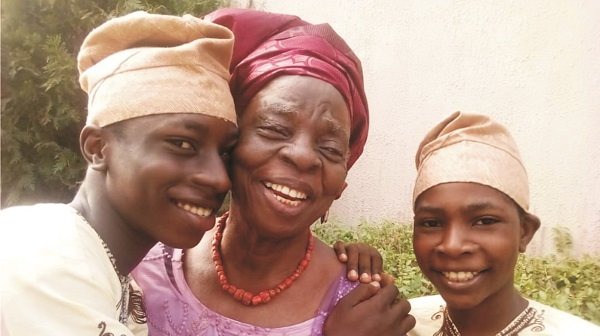 Even as old as 80 years, Ayeni said she is living a very healthy life, and has not been admitted to the hospital for some years now.

Being a dedicated Christian and an Elder in the church, She is happily living her healthy life, always keeping herself busy and positive by reading all sorts of books, including her Bible. Believing that she still have more years to live and impact more lives. 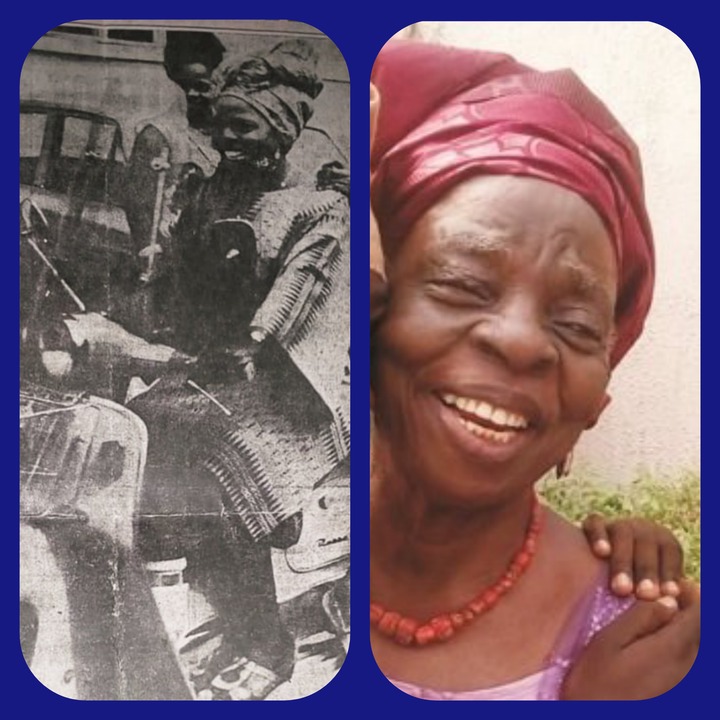 As she celebrate her birthday today, may God bless her with more healthy years 🙏

Happy Birthday To Her🎂

Please wish her well, it's not easy!👍

Ladies, Check Out 23 Different Designs Of Matching Outfits To Rock With Your Best Friend