By People'sDaily (self media writer) | 25 days ago 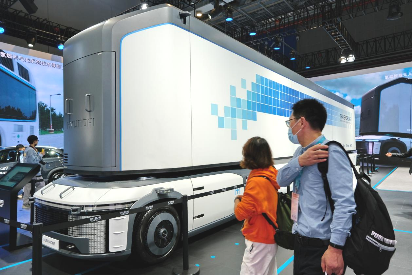 “Green” and “low-carbon” have become keywords of the 4th China International Import Expo (CIIE), where new products, technologies, and services that are environmentally friendly, including green energy sources and green and smart home appliances, are easily seen.

Many products displayed by American chemical manufacturer DuPont were made from Dupont Tyvek, the company’s unique nonwoven fabric made of high-density polyethylene materials.

Tyvek is not only resilient and durable but recyclable and environment-friendly, with no plasticizer added during its production, according to Zhu Xuzhen, a staff member of the company who works at the company’s exhibition booth at the 4th CIIE.

At the exhibition booth of Italian tiremaker Pirelli, different types of tires catch visitors’ eyes. Pirelli’s tires are equipped with sensors. Although these sensors are only several grams in weight, they are quite helpful, said Giuliano Menassi, chief executive officer (CEO) of Pirelli Asia Pacific. 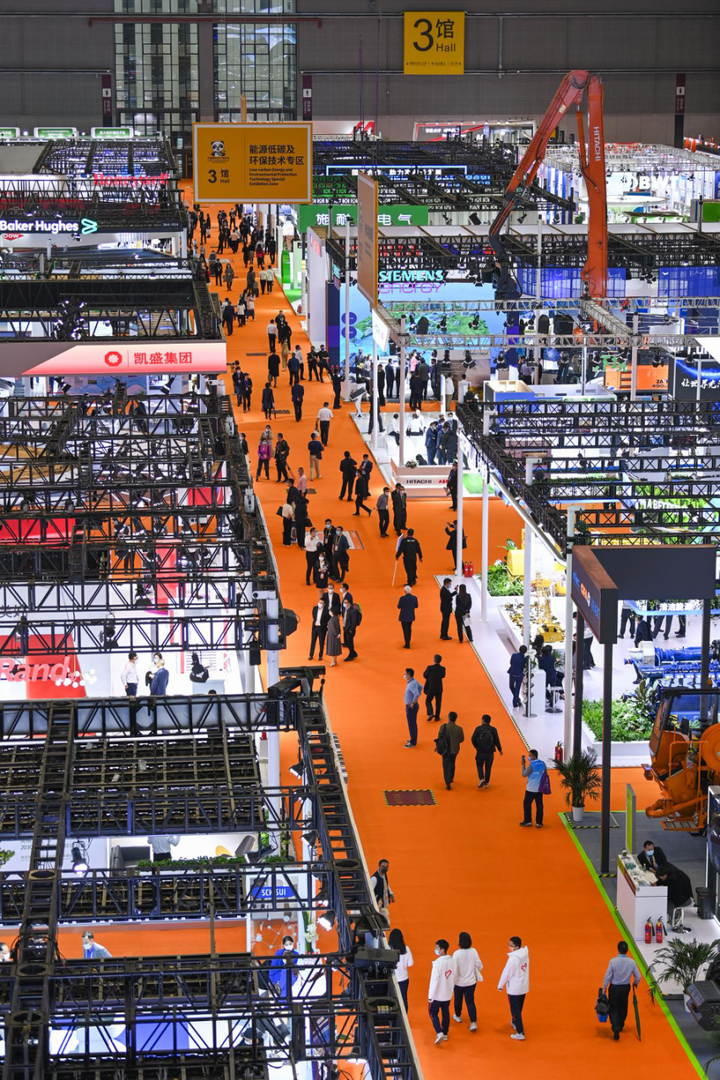 These sensors can provide such information as tire pressure, temperature, load index, and speed rating for the vehicle electronic system, helping reduce rolling resistance, achieve lower fuel consumption and reduce the frequency of tire replacement, according to him.

The tire manufacturer’s factory in Yanzhou district, Jining city, east China’s Shandong province, has become a production base of green tires in terms of the choices of raw materials and lightweight tires, he said, adding that the company will intensify efforts to promote energy-saving and environmental protection in production so as to help China realize its goals of peaking carbon dioxide emissions before 2030 and achieving carbon neutrality before 2060.

According to Miyazaki, Toshiba has brought to the 4th CIIE its latest pure hydrogen fuel cell system that does not emit carbon dioxide.

The system’s power generation efficiency has been increased to 50 percent to 55 percent, and its comprehensive energy efficiency to 95 percent, he said, adding that it only produces water while generating electricity, and emits no carbon dioxide throughout the whole process from the production to the utilization of hydrogen. 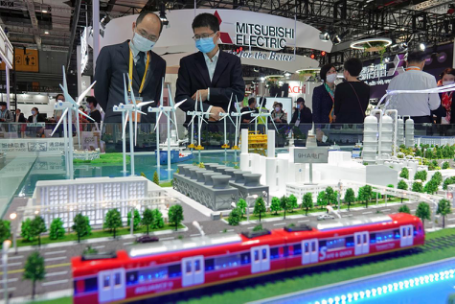 Toshiba has attended the CIIE for four consecutive years, during which it has signed strategic agreements with many partners, he pointed out.

As an important platform that helps China promote a new round of high-level opening-up, the CIIE has facilitated international cooperation on zero-carbon and green endeavors by taking a series of measures, including carrying out carbon-neutral projects, to set an excellent example of green development.

So far, many overseas exhibitors have announced their carbon neutrality-related goals and visions and expressed the willingness to actively support the CIIE’s carbon neutrality initiative with practical actions.