What You Need To Know About this 2020 Powerful Car

By Pannan (self media writer) | 1 year ago 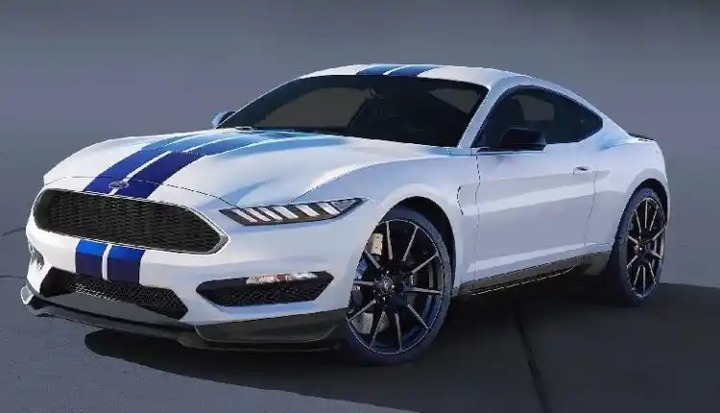 Ford is one of the successful car brands that has been around for years. It’s founder is credited with being the first person to streamline industrial production, which led him to become one of the most wealthy men of his time. Which is why it isn’t surprising that the brand that he founded many years ago has managed to weather many economical storms to maintain a sizable market share of the car market. Thanks to introduction of various competitive car models, Ford is still a force to reckon, which is why we weren’t surprised when they decided to make the 2020 Ford Mustang Shelby GT500 design.

With other leading carmakers such as Dodge and Chevrolet having released the Challenger SRT Demon and Camaro ZL1 1LE, it was just a matter of time before Ford responded with one of theirs. It obviously was not going to fail in sticking a claim of the muscle car market share.

They are working on the Shelby GT500, and it’s going to be based on the sixth-generation Mustang. While the launch of the final car is expected to be made in 2019, we expect that it will hit the retail market as the 2020 Ford Mustang Shelby GT500.

On March 15, Ford allowed us to have the first glimpse of the Shelby GT500 through a teaser shot, although some of the details are still hidden. Still, some bits and pieces have continued to leak over the past few months and we know quite a bit of what to expect. In that regard, here is the rest of what we know about it so far.

Under its hood, you will find a 5.2-liter V-8 engine that is supercharged, although it’s actually an improved version of the Shelby GT350R and GT350 duo, which are naturally aspirated. Inside it, we expect to find a conventional cross-plane crank as opposed to the flat-plane of the atmo engine unit. We also expect upgrades to other internal parts to handle the additional grunt.

The supercharged 5.2-liter V-8 engine will provide the Shelby GT500 with over 700 horsepower. However, there are also suggestions that the actual figure might be in the neighborhood or 800 horsepower. When you compare the 800hp to the 662 horsepower of the previous GT500, also powered by a supercharged V-8 engine, it becomes clear that Ford wants to make a statement in the muscle car niche.

The Ford Shelby GT500 is designed to compete more with the Demon than the ZL1 1LE. While it will have great steering capabilities around corners, it’s more powerful engine will make it a better buy for Mustang buyers wishing to hone their race-track skills.

To complement the powerful engine underneath, it will come with a vented hood, at least that’s what we gathered from a previous teaser video.

Ford have chosen to make use of carbon fiber to increase the strength of some parts without adding more weight. Those parts include the rear carbon-fiber wing, the brake rotors made of carbon-ceramic compound, and carbon fiber rims. We also expect they may choose to have the front lip spoiler made of carbon as well as the vented hood.

While this isn’t confirmed yet, don’t be surprised to find the 2020 Ford Mustang Shelby GT500 with a dual-clutch 7-speed transmission system, which is also used by the GT super car, that’s also from Ford. Alternatively, it may have a 6-speed standard manual clutch or an automatic 10-speed clutch that’s in the current Mustang GT.

While we know that it’s going to be a powerful car and will likely be well received by Fiord fans, it’s isn’t clear whether they will be able to have an equivalent EV as we move forward. That’s because it has become clear that EV car will in one way or another take over from the gas powered vehicles. Unlike the self-driven cars that are likely to face strict regulations thanks to the fear of a rise in road accidents if they were to flood our roads, EV cars are likely to receive government incentives in some markets. Overall, we look forward to seeing what Ford has in store for us in this 2020 Shelby GT500.