Top eight most expensive cars in 2019

By Herlexandre (self media writer) | 3 years ago

Cars were originally invented as means of transportation, but only the wealthy could afford them. As time went by, common people were able to own them. Then, car manufacturers decided to make cars only the rich could afford, and in some cases, the rich people REQUESTED the companies to build them a car!

There are lots of very expensive cars out there, but well be looking at the extreme ones. 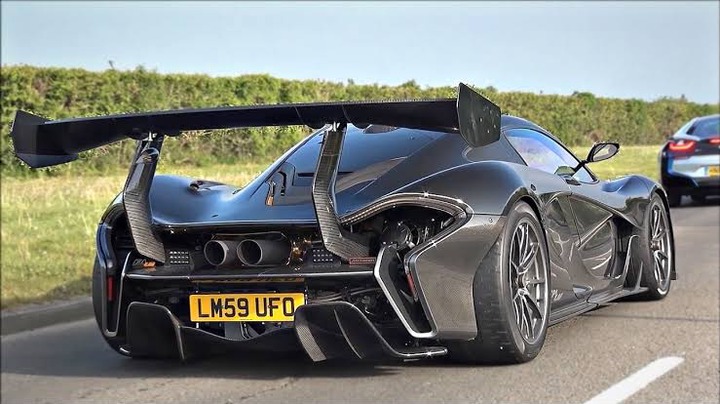 Coming in at number 8 is the McLaren P1 LM. It is the street legal version of the McLaren P1 GTR. A British firm called Lanzante bought the original P1 and converted it for sale. Only 6 units were produced and 5 were sold to individual owners. the last one is kept by the company for development purposes. The McLaren P1 LM isn't just one of the most expensive, it is also one of the fastest as it boasts a whooping 214MPH top speed. 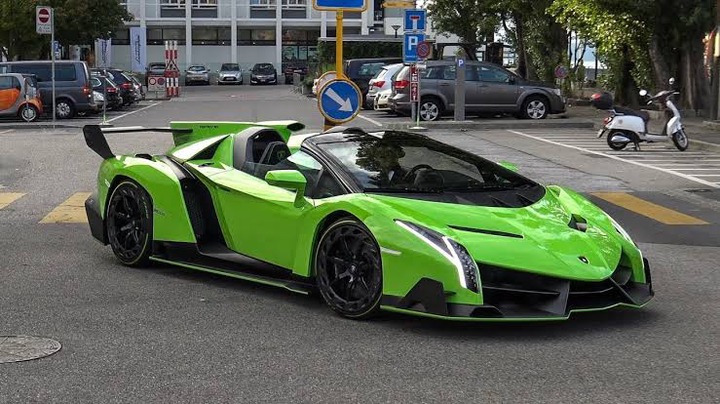 Lamborghini is an Italian car manufacturer that produces some of the finest cars on the planet. In 2013, they introduced the Veneno to the world at the Geneva Motor Show to celebrate their 50th anniversary. The Veneno is based on the Aventador, only that it it is 10 times the price! However, the Veneno is somewhat of a controversial car, some people think it is poorly designed and therefore ugly, while some think it is something Cinderella should be driving.

Regardless of what people might think, the Veneno is a very fast machine as it has a top speed of 221MPH. Only three Veneno roadsters were made, and they were painted in the colors of the Italian flag (how cool is that?!). 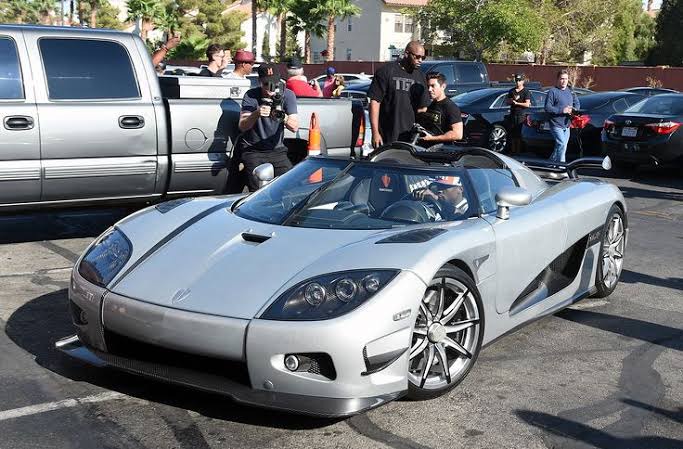 Koenigsegg has been making some really cool cars since they came around in 1994. However, the CCXR Trevita is somewhat special in their already special lineup. This CCXR Trevita is a special edition of the CCXR unveiled in 2007. It features a special kind of body work. Koenigsegg make all their cars with carbon fibre, but in this case, they coated this material with diamond finish! Imagine driving around town and your car is sparkling. Koenigsegg made only two units of this car, and Floyd Mayweather purchased one for a mouth-watering $4.8 million.

Koenigseggs are known for their beauty and crazy speeds too, the CCXR Trevita will top out at 254MPH........that's not just a showcar! 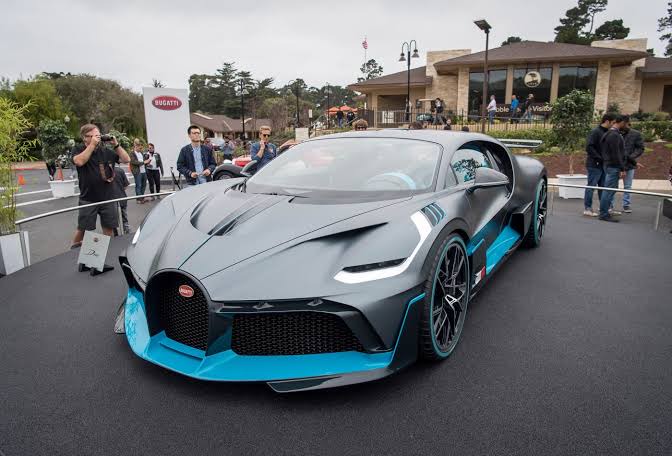 Bugatti is a French auto maker whose cars are widely known to smash speed records, they also smash price records too! The Divo is based on the Chiron, and is claimed to be more track focused. The car is named after a French racing driver (Albert Divo), who won the Targa Florio race twice in the 1920s for Bugatti. Only 40 units of the Divo were produced, and buyers were selected by the company. To stand a chance of being selected, you need to already own a Chiron. The Bugatti Divo sold for $5.8M and has its top speed electronically limited to 236MPH. 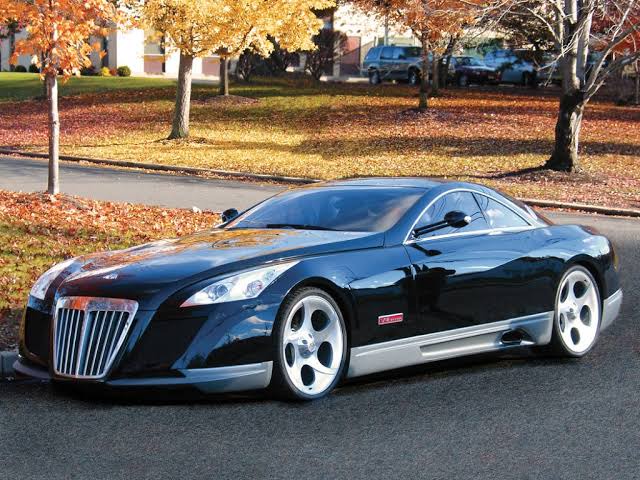 Hip-hop fans might recognize this car from a Jay-Z video back in 2011 or so. The Exelero was commissioned by a German subsidiary of Goodyear, Fulda, to test their new Carat Exelero tire range in 2005. You might be wondering why a car this old is this expensive, well, that's because only one was ever made, and it is reportedly owned by the American rapper Birdman. The Exelero, as other cars on this list, isn't just for show. It has a powerful V-12 engine and will reach a top speed of 213MPH. 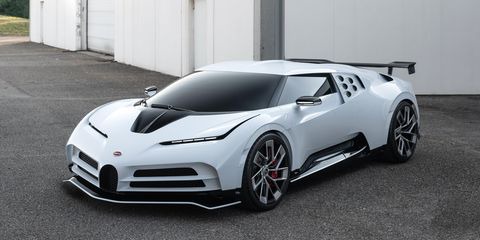 Yes, we have another special edition Bugatti. This one is also based on the Chiron. It was unveiled earlier in the year to celebrate and pay tribute to the EB 110 that was produced way back in 1991. Only 10 units will be hand built, and customers will be getting the cars delivered by 2021. Even if you love this car and have $9M lying around, you can't get it anymore because its already sold out. 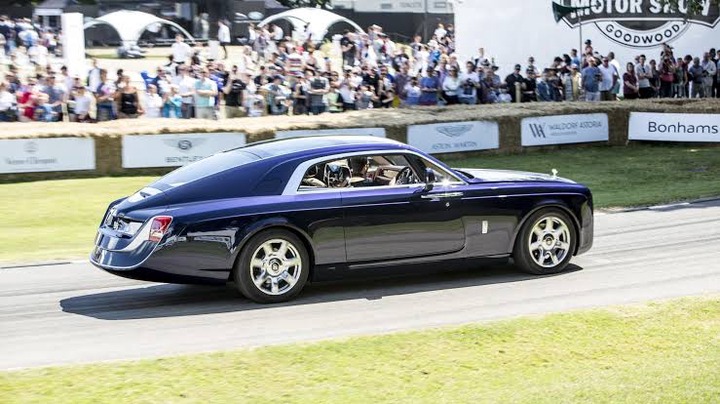 Rolls-Royce is arguably the most luxurious car manufacturer on the planet. As I said earlier, some people are so rich, they go straight to a manufacturer and ask them to build a car exclusively for them. This is the case of the Sweptail. It is based on the famous Phantom, but that's pretty much the end of the similarities. The sweptail is like a yacht on the road. It was commissioned in 2013 and was finally revealed in 2017. 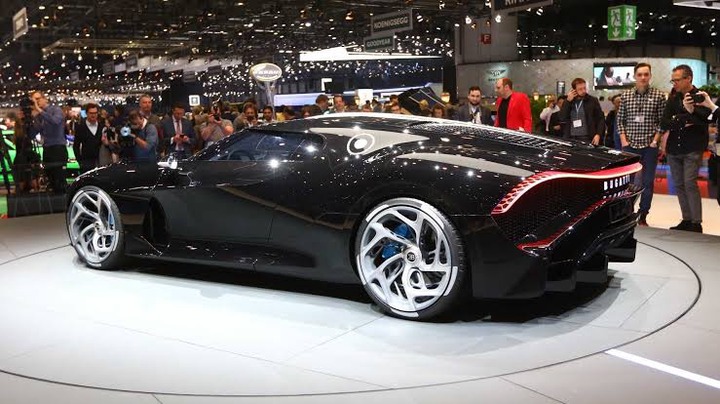 Yes, I know.....yet another Bugatti. Those Bugatti people don't know when to quit do they?! Anyways, this car was built to celebrate the company's 100th year anniversary. The name "La Voiture Noire" or "The Black Car" is also a tribute to black Bugatti Atlantic which belonged to Jean Bugatti (Ettore Bugatti's first son) that went missing during the world war 2. Only one unit was made, and it has been purchased by an unknown buyer.

Content created and supplied by: Herlexandre (via Opera News )