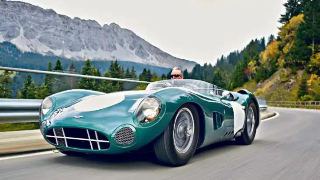 Built in 1956, the DBR1 is arguably Aston Martin’s most valuable and sought-after vehicle to date. The prestigious automobile company only produced five editions of the DBR1, with the DBR1/1 selling for $22.5 million in 2017, a record for a British-made car.

But perhaps the biggest reason for the DBR1/1’s record-breaking price tag is its racing pedigree. Not only does the DBR1/1 hold claim to Aston Martin’s single victory at the 24 Hours of Le Mans (’59), but it’s also one of only three vehicles to win both the World Sportscar Championship and Le Mans in the same year. 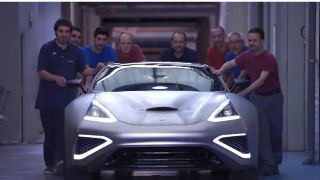 If a twenty-million-dollar piece of racing history isn’t your thing, how about a sports car made entirely of titanium? Icona’s Vulcano Titanium is a work of art in and of itself, with each vehicle requiring over 10,000 man hours to complete.

Considering that titanium is incredibly difficult to work with, it’s no surprise this top-of-the-line vehicle is one of the most expensive on the market. But for a cool $2.78 million, you can make all of your slightly less-wealthy friends jealous with a sports car that looks like it was designed by Iron Man himself. 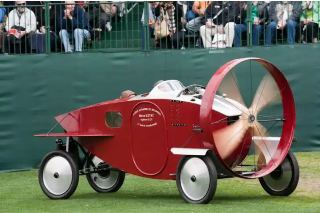 Yes, that’s right: this is a car. Invented in 1921, the Hélica – also called “the plane without wings” – is a revolutionary vehicle created by French automobile designer Marcel Leyat. Like the aircrafts of the day, this unique machine was powered by a front-mounted propeller and was steered from the rear.

Unfortunately for Leyat, the popularity of the Hélica never really took off, and he sold just 30 vehicles between 1919 and 1925. While all known models of the Hélica are currently held by private collectors, the estimated value of the vehicle at auction is $20 million. 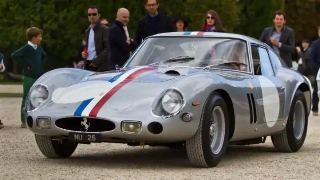 Another luxury GT built with a need for speed, the Ferrari 250 GTO was one of the most dominant sports racing cars of the 1960s. Though Ferrari racers were initially hesitant to drive the 250 GTO, the vehicle went on to pick up three World Sportscar Championships between 1962 and 1964 as well as two Tour de France cups in 1963 and 1964.

This pedigree, combined with the vehicle’s complete embodiment of the Ferrari brand, has made the 250 GTO the most valuable car in the world. Originally sold for $18,000 upon its introduction in 1962, a June 2018 auction saw a 1964 250 GTO sell for an all-time auction record of $70 million. 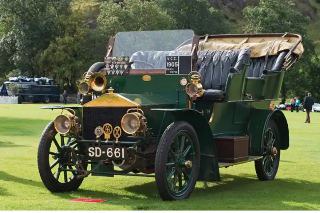 Born from an agreement made on December 23, 1904, between Charles Royce and Henry Rolls, the 15 hp was one of four cars produced by what would later become the Rolls-Royce company. The vehicle was sold exclusively by Rolls’ motor dealership – C.S. Rolls & Co. – for £500.

Because each cylinder of the 15 hp’s engine had to be cast separately due to the incompatibility of some of Rolls’ and Royce’s designs, only six vehicles were produced. Only one car – registered SD 661 – is known to have survived, and its value currently sits at $35 million.