MINI Electric celebrates the 80th anniversary of the superhero "The Flash"

By DynamikGBlogger (self media writer) | 1 year ago

MINI Electric celebrates the 80th anniversary of the superhero "The Flash" during Lucca Changes 2020. 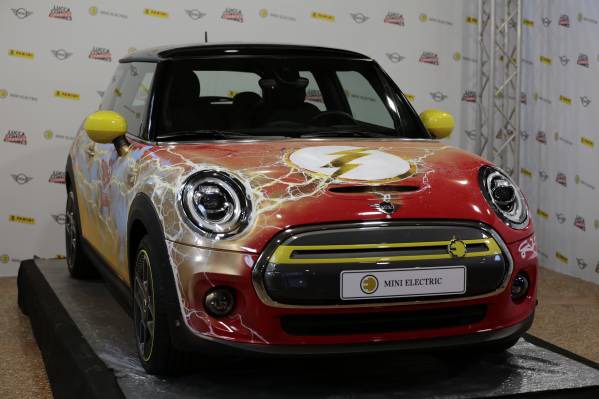 Lucca (Italy). MINI celebrates the superhero "The Flash" during Lucca Changes 2020, the new edition of the international fair dedicated to comics, gaming, animation and fantasy, taking place from October 29 to November 1st with a rich cultural programme only available online. 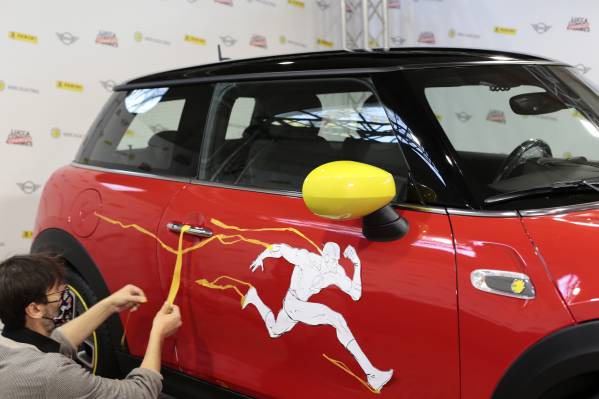 “The Flash” is a superhero who, just like MINI, has a long successful story. A character that has been modernised and transformed, whose unmistakable traits have been renewed but always remaining faithful to its DNA.

“The Flash” main characteristic is the super speed, faster than the speed of light, and this year we celebrate 80 years since his first appearance in the United States back in 1940 on the Flash Comics issue. 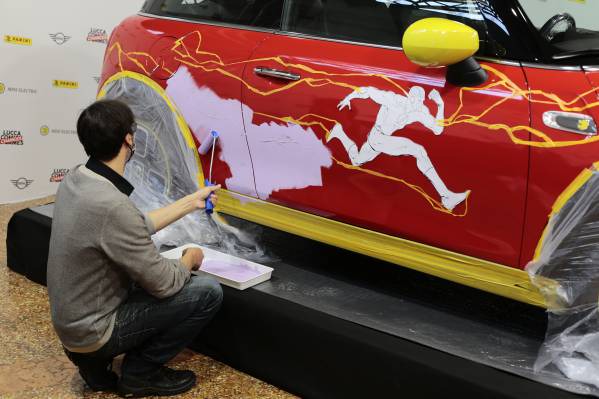 The DC superhero magically and quickly appears on the new MINI Electric: two true icons of style, design and - without any doubt - speed that come together at Lucca Changes to tell the story of a car that collects many of the peculiarities of the DC Comics hero: full electric, no noise, highly performant and truly powerful.

The author, Carmine Di Giandomenico, is one of the most known and active Italian cartoonists all over the world. He is very familiar with the scarlet sprinter, since he created more than 34 issues.“The Flash” by Carmine di Giandomenico is a runner that makes every page explode thanks to its dynamism while remaining loyal to the original character. 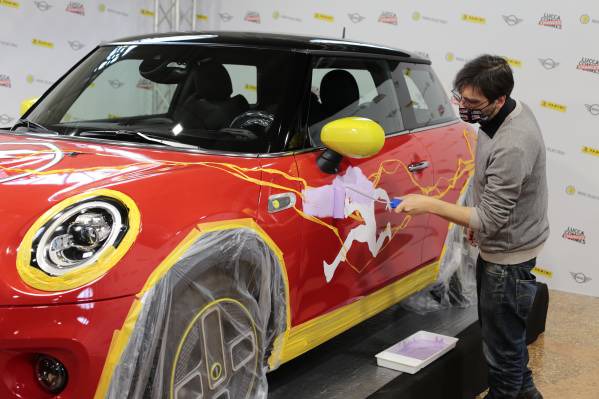 Starting from the costume, Carmine di Giandomenico has drawn the scarlet sprinter and he has also made its own some peculiarities, starting from the speed. In 2016 he drew 56 comics tables in 48 hours (five hours earlier than expected). A unique accomplishment, typical of those who possess superheroes’ features, like the ones of the DC Comics multiverse that he knows so well, and which has earned him the nickname “the faster cartoonist of the world”. 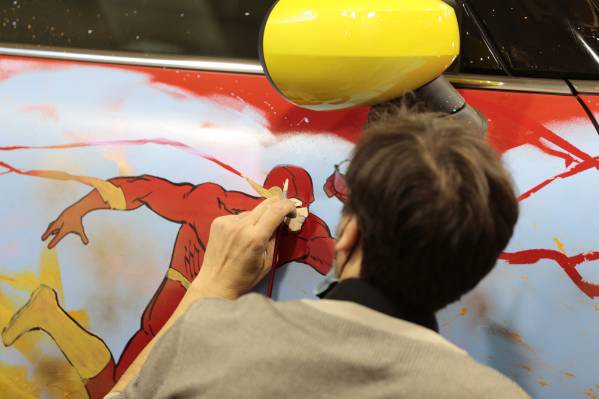 “The Flash” is a superhero with the ability to move seven-time faster than light, going beyond certain laws of physics. In the first character interpretation, “The Flash” is the alter ego of Jay Garrick who accidentally inhales heavy water vapours and becomes the fastest man in the world. He wears a red, blue and yellow costume, boots on his feet and a winged helmet on his head, just like Mercury.

In the ‘50s, it is Barry Allen who plays “The Flash”, a chemist hit by a lightning while testing some chemicals. This incident turns him into a superhero with a total red costume who wears a mask instead of a helmet.

The work done on the MINI Electric is a reinterpretation of the historical issue 123 cover drawn by Carmine Infantino, a version that is a merger between the classic version of “The Flash” (Jay Garrick), and its modern version (Barry Allen), becoming very popular thanks to different movies and tv series. In the background, just like in the original book cover, it appears the city where all “The Flash’s” adventures take place: Central City.

Carmine di Giandomenico has combined a very plastic and dynamic touch with a prodigious speed - just like “The Flash” - completely designing the MINI Full Electric in just 10 hours and using a mixed technique.

MINI’s tribute to “The Flash” at the Lucca Comics has been conceived in synergy with Panini Comics – that starting from 2020, publishes the DC Multiverse comics in Italy. The partnership has been announced during a digital press conference. It will be also shared on MINI, Panini Comics and Lucca Changes social profiles.

Fuel consumption, CO2 emission figures and power consumption were measured using the methods required according to Regulation VO (EC) 2007/715 as amended. The figures are calculated using a vehicle fitted with basic equipment in Germany, the ranges stated take into account differences in selected wheel and tyre sizes as well as the optional equipment. They may change during configuration.

The figures have already been calculated based on the new WLTP test cycle and adapted to NEDC for comparison purposes. In these vehicles, different figures than those published here may apply for the assessment of taxes and other vehicle-related duties which are (also) based on CO2 emissions.

Content created and supplied by: DynamikGBlogger (via Opera News )