By Pheelphilly (self media writer) | 6 months ago

The streets of Los Angeles County are full of celebrity cars. After all, celebrities need to show the world they “made it,” right? And for those lucky enough to have made their riches, what better way to show off that success than with one, two, or even more of these luxury car purchases? From luxury sedans to mansions on wheels, the elites of Hollywood have made some pretty privileged and excessive car purchases. No luxury car maker has been left untouched: Rolls-Royce, Bentley, Mercedes, Lamborghini, Maserati, Lexus, Land Rover, Tesla, and so many others have graced the streets. 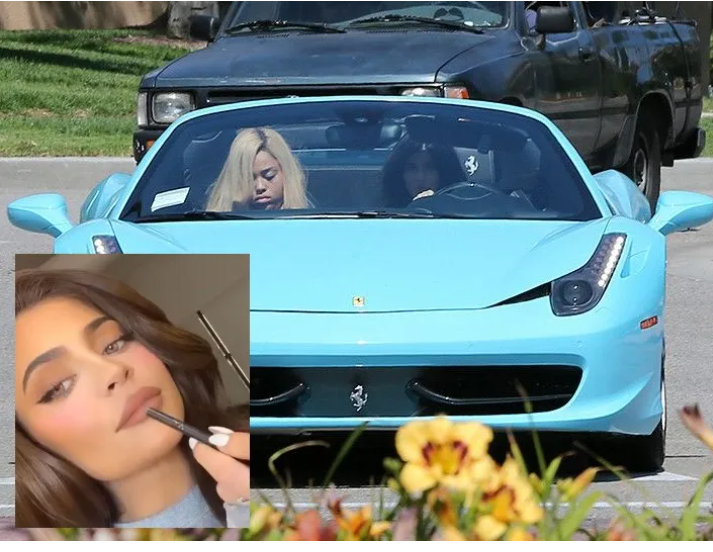 At $250,000, Kylie Jenner stuns in her neon-blue Ferrari 458 Spider. And thanks to her multitude of seasons on Keeping Up with the Kardashians as well as the continued growth of her makeup line, it should come as no surprise that she also owns a Rolls-Royce Wraith, Mercedes G-Wagon, a Range Rover, and was even kind enough to gift her mother, Kris, a red Ferrari for her 63rd birthday. 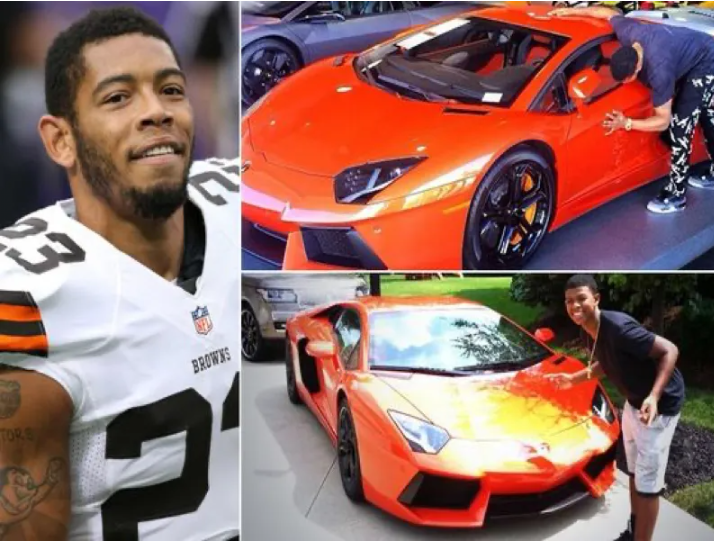 Between 2010 and 2016, Joe Haden was a cornerback for the Cleveland Browns, but since 2017 he’s been a part of the Pittsburgh Steelers franchise. With such a long playing career comes a long list of heavy-hitting paychecks. At $1.1 million, Haden is proud of his fast Lamborghini Aventador, owning several others as well. 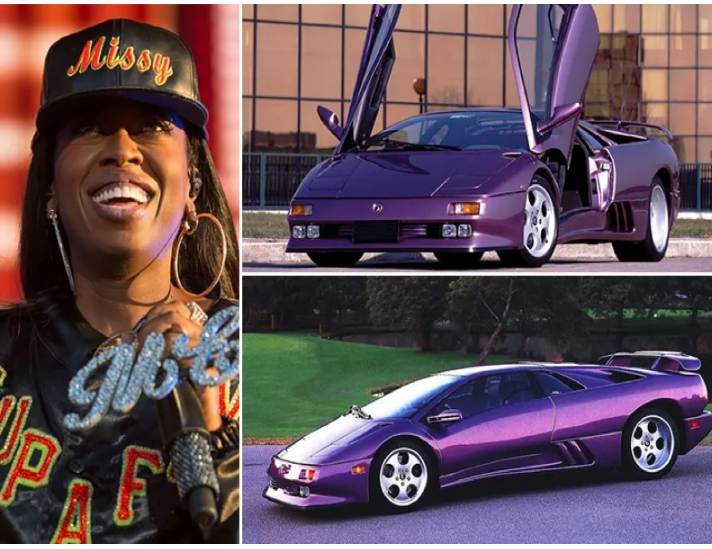 Beloved hip-hop icon Missy Elliot loves to be seen in a $300,000 Lamborghini Diablo 3, painted a rich and sultry purple. We haven’t seen the car in a while although we did see Elliot in Ariana Grande’s music video for her song, Borderline. 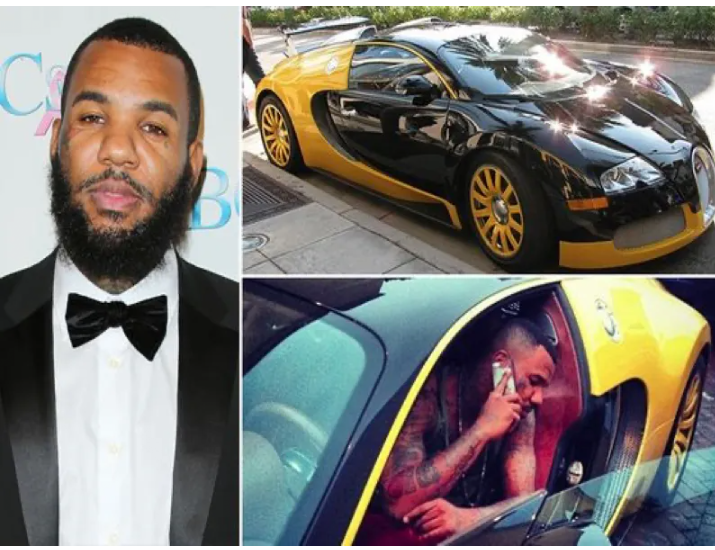 With his 2019 album entitled Born 2 Rap, we’d expect to see rapper The Game feel free to drop $2.2 million on a black and yellow Bugatti Veyron. The multi million-dollar purchase shouldn’t hurt too bad, as he’s worth $22 million. 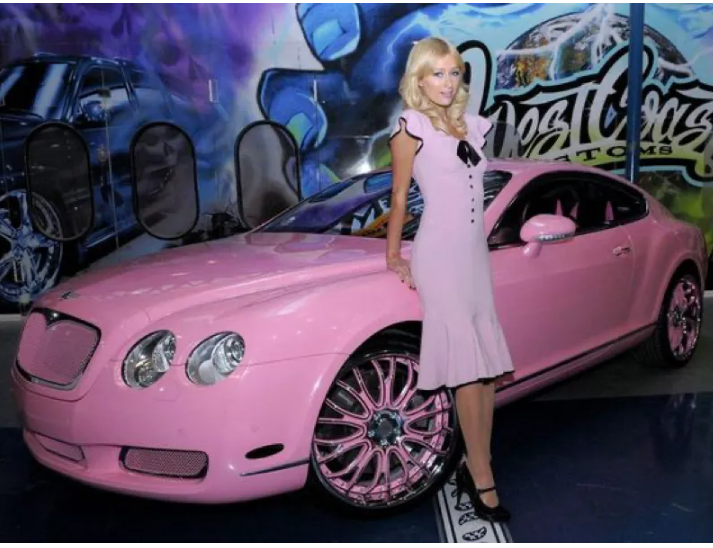 As the most famous family member of the Hilton family, socialite Paris Hilton drives around in her unique pink Bentley Continental GT Coupe. The $212,000 coupe was customized to fit Hilton’s style on Pimp My Ride. 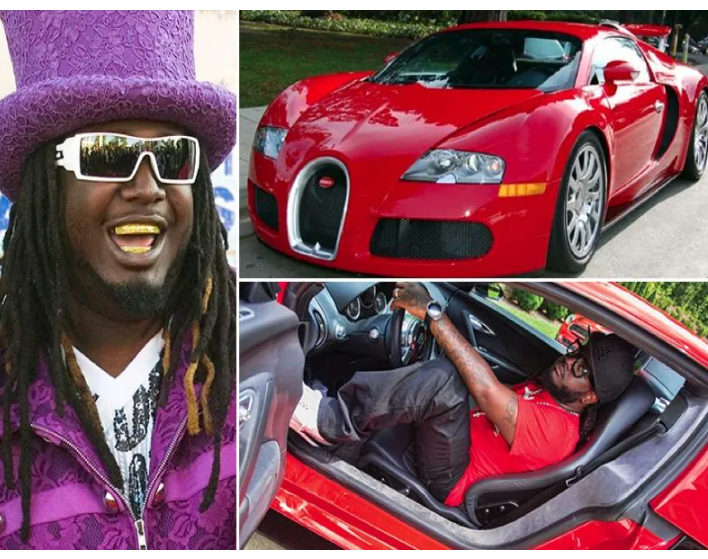 Like The Game, T-Pain is a fellow multi million-dollar rapper worth a staggering $35 million. Additionally, he even paid $1.8 million in 2010 for a black and red Bugatti Veyron. Even without his world-famous autotuned voice, T-Pain is a smooth rapper and driver. 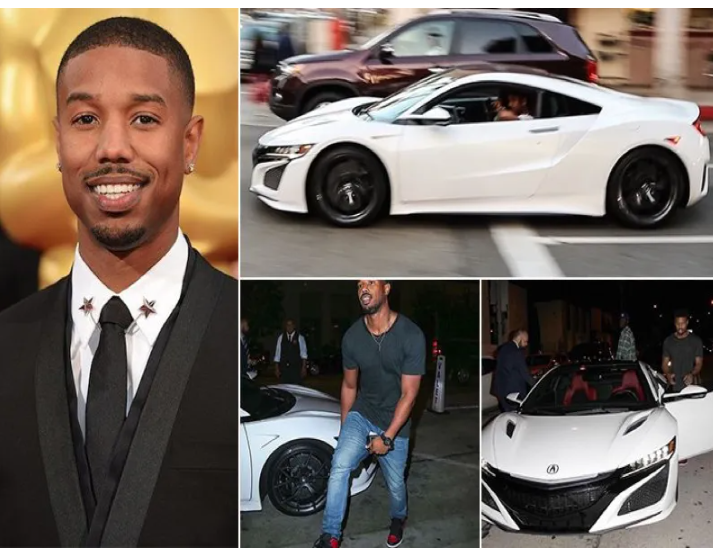 Black Panther villain Michael B Jordan, knows a “bad” car when he sees one. He can bee seen driving around in his $156,000 white Honda Acura NSX Supercar. 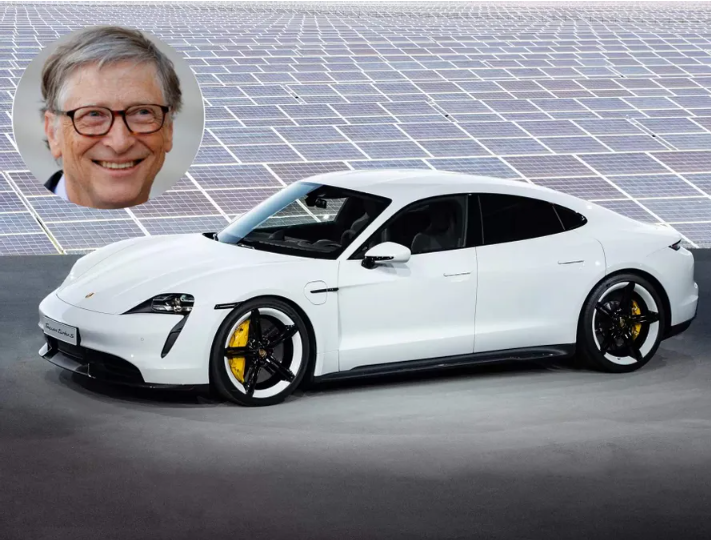 It comes as no surprise that billionaire Bill Gates is an avid luxury-car collector. He currently drives a Porsche Taycan which he chose instead of the Tesla Model S as they were competitive in performance. Despite a $90,000 price difference between the Porsche and the top of the line Tesla, loyalty to the brand won him over.