There are some questions we find ourselves asking during our time on Earth that may make up appear to be great thinkers. ‘Why are we here?’, What is the meaning of life?”, and ‘Why does the toilet water flush counter-clockwise?’ are all legitimate questions, yet none of the answers are really going to change anything, and they make no difference to the grand scheme of things. We know this, but we find we want the answers anyway. So it was when, during my own personal ponderings, I asked the universe whether or not Ferruccio Lamborghini envisioned his own company being responsible for the design and manufacturing of the Lamborghini Aventador SVJ Roadster of today. The answer, of course, is very likely ‘no’. But it would have been nice to be a fly on the wall and see the look on his face had he been able to take a look into the future and get an eyeful. 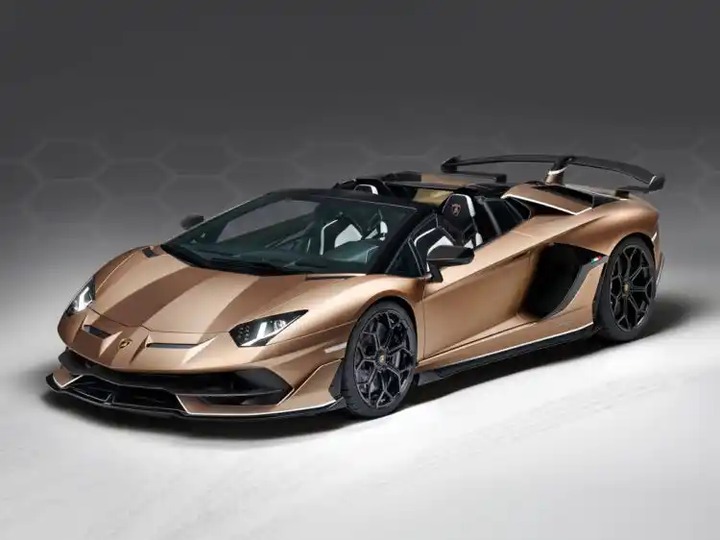 The Lamborghini Aventador SVJ Roadster (codenamed LB834) was initially revealed to the public by the renowned Italian car company in October of 2010 at Sant’Agata, Bolognese; it was then launched at the Geneva Motor Show in February of 2011. Originally, the Aventador was designed and manufactured with the intent of it taking the place of the Lamborghini Murcielago, and it would be considered Lamborghini’s new flagship vehicle. Now, nine years after its initial unveiling, Lamborghini has unveiled the highly beautiful and effective Aventador SVJ Roadster. Nine years can mean a lot when it comes to automobile models and the differences between them, and while we’re not here to compare, we are here to take a closer look at the 2020 model and discover all of its little secrets.

So, rather that just sitting and staring at (which may be happening later anyway), we put together a list of ten facts about this incredible car. Hopefully the information we have gleaned will be fresh for you, but even if it isn’t completely new, it will feel like it when added to some of the points we dug up. Now, don’t just sit there! Read on and discover the lowdown on one of Lamborghini’s most incredible cars. 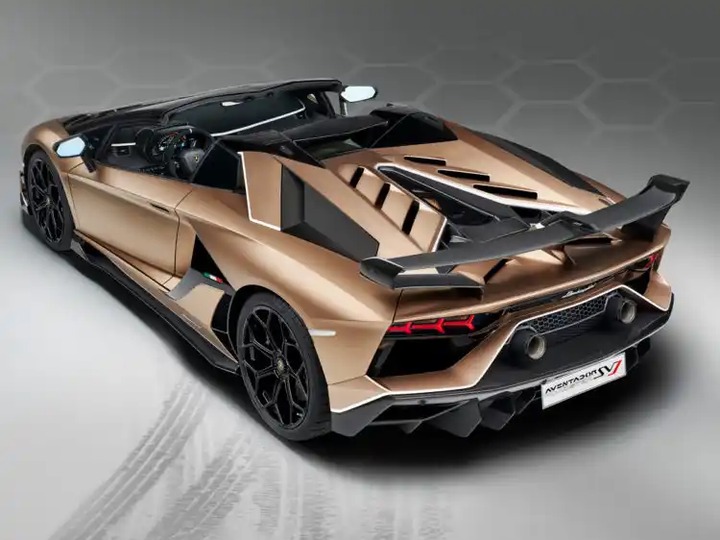 1. They Take No Bull…But Their Names Will Suffice

Many of the cars made by Lamborghini have interesting names, especially to those of us who don’t know what they mean. The Aventador wasn’t just named in an ‘off the cuff’ fashion. No, it was named for a historic Spanish bull which had been bred for fighting. It originated in the Spanish Corrida, and was an award-winning type. And as an extra bonus, you may be interested in knowing that many of the cars made by Lamborghini are named for bulls.

As you may have guessed, we’re referring to the engine, which actually does a bit more that just tick. The Aventador has a multi-point injection V12 that is located mid-car. This particular engine just happens to be a pretty powerful one, to say the least. It features no superchargers or turbochargers whatsoever, and is still able to boast an incredible 759 horsepower…and that single-handedly. Not too shabby… indeed.

Did we say this car is fast? Well, we meant to, but I guess we thought that giving you the information above would cover it. But just in case it didn’t do it for you, we thought you should know that the Aventador IS fast. In fact, the AVJ Roadster model can go from 0 to 62 mph in 2.8 seconds, and from 0 to 124 in 8.6 seconds, or 98 feet, 5 inches. But that’s not all; it has a top speed of 217 mph. Can you say ‘eat my dust’?

In 2011, the first year the Aventador was available for public purchase, Lamborghini had their hands a bit full. Right after unveiling the vehicle, the company announced they had sold 12 of cars, and would begin delivering them during the second part of 2011. As of March, 2016, Lamborghini had manufactured more than 5,000 of them. As of this writing, the company has celebrated the manufacture of 8,000 Aventadors; Considering the price tag, they haven’t done too badly in the five years they have been available.

5. What About That Price Tag, Anyway?

When the majority of the automobile-driving public shops for a new car, the last place they think of stopping is the Lamborghini dealership; as a matter of fact, they don’t even stop there last. That would be due to the cost of the average auto made by them. But we won’t get into the cost of average Lamborghinis; instead, we’ll just discuss the price of a new 2020 Aventador SVJ Roadster. Drum roll, please…the price of an Aventador when purchased new today is…$573,966. Yes, you read that right. So, you’ll be skipping the test drive? 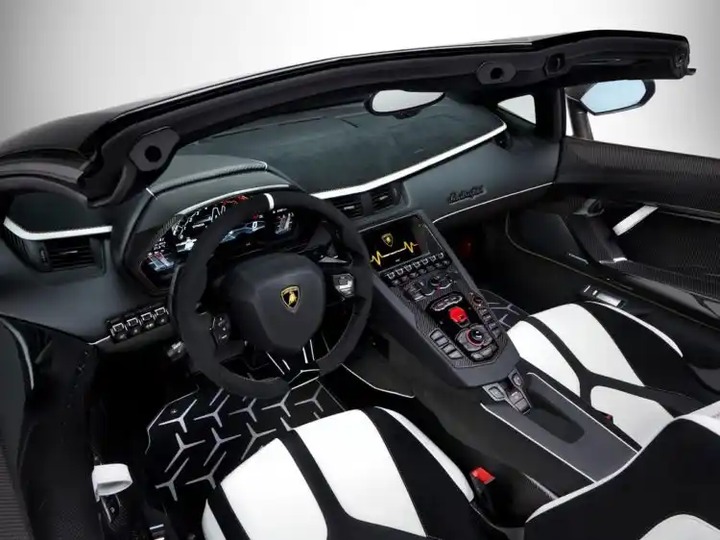 The new Aventador SVJ is said to have the best suspension system ever, as Lamborghini has improved its ‘anti-roll stiffness’ by 50%. Because of the incredible speed the car can reach, having an effective suspension system is a must. Their public relations people say that the company had to completely rework four different areas of the system entirely. Dampers are 15% stiffer, and they have reprogrammed the LMS system in the car. Also, the rear-wheel steering has endured a reworking , helping it to corner better than any Aventador made prior. This vehicle is certainly living up to its Supercar status.

In 2018 the Aventador was taken out on the Nurburgring’s Nordschelife circuit and given a good run. We can be sure that everyone involved, from Lamborghini to the driver of the car had high hopes, and they should have. As it turned out, the Aventador not only broke the previous record set on that track by completing it in 6:44:97, but it also managed to go down in the history books as the fastest production car to ever complete the track at all. What car did it beat? The Porsche 911 GT2 RS, which took 3 seconds more to finish. The last Lamborghini to set a record on the track was the Huracan Performante, which took seven seconds more to complete.

8. The Lightest and the Best

There are reasons, besides the powerful motor and incredible suspension, that the Aventador can reach such incredible speeds. First, it is made of materials that are extremely lightweight. The ‘RTM-Lambo process’, which is a patented design, uses lightweight carbon fiber composite; not only is it lighter, but it’s more flexible and speeds up manufacturing time. Secondly, the vehicle’s aerodynamic design, including the flaps that extend and retract, assist the car in going faster while providing better driver control in high speeds. When you put those things with the amazing engine and the improved suspension system, what you have is the record-breaking Aventador SVJ Roadster.

9. Electrification: The Future of the Aventador?

Yes, you read that right. According to the head of Lamborghini’s research and development department revealed to Top Speed that while the V12 is the current rage for the model, especially after taking the record at Nurburgring, people shouldn’t expect it to remain the norm. No, it will be getting more help when it comes to power in the years to come (like it needs it!). The company is currently exploring options for electrification that will aid in adding even more performance and power than the model currently has. While it’s difficult to fathom, it’s a fact, so buckle up for the future.

10. As Much Fun Stopping As It Is to Start

Well, as it turns out, the only thing that is as much fun as the driving the high-speed Aventador is…stopping it. This is because of a state-of-the-art braking system that was tweaked and improved upon by Lamborghini in an effort to accommodate safer stopping from the speeds that the car could reach. In fact, the braking system is so good that the car can go from 62.1 mph down to a strict 0 in a distance of just over 100 ft., or 33.3 yards. Can you imagine? While we won’t get into the system’s mechanics here, we will say that Lamborghini devoted much time and attention to reworking and perfecting the brakes for this car, and it sounds like it worked.

The Lamborghini Aventador SVJ Roadster is not just a car that will get you to rubberneck when it cruises by (if you are fortunate enough to see one drive by), but it is also mechanically sound and high in its performance levels from the starting line. With all of the information above taken into consideration, we still have to wonder if the $500k-plus price tag still isn’t a bit much…after all, it’s just a car. But saying that this Lamborghini is just a car is like saying Elvis Presley was just a singer…or that the Beatles were just a band. Anyway, it’s not likely that any of us will ever get one, but we can dream…and so can you, so dream on.