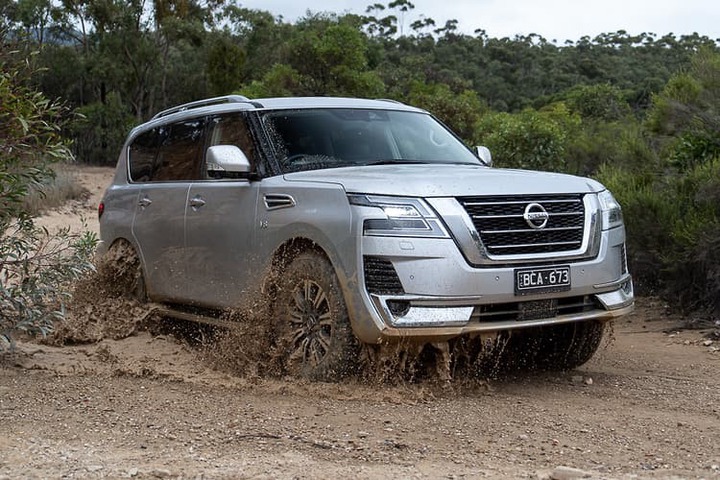 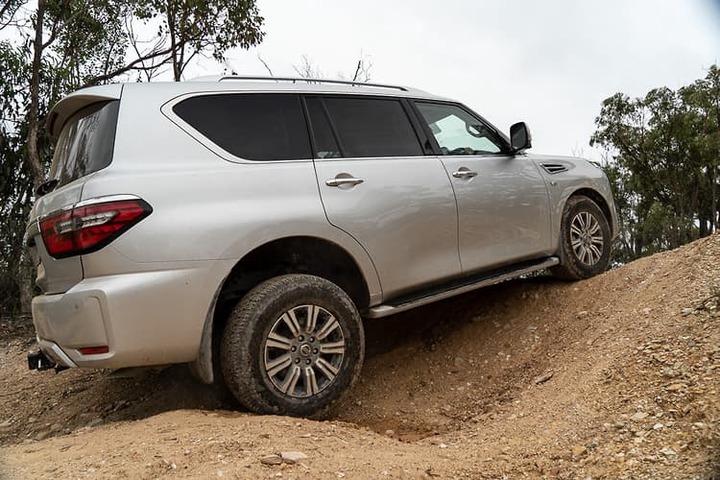 The 2020 Nissan Patrol gets new frontal styling – a sportier look for the Ti and a more premium look for the Ti-L, says Nissan – plus refreshed rear styling, along with improved LED headlights and taillights, recalibrated suspension, and three new colour choices (white, gold, and blue) for a total of six. 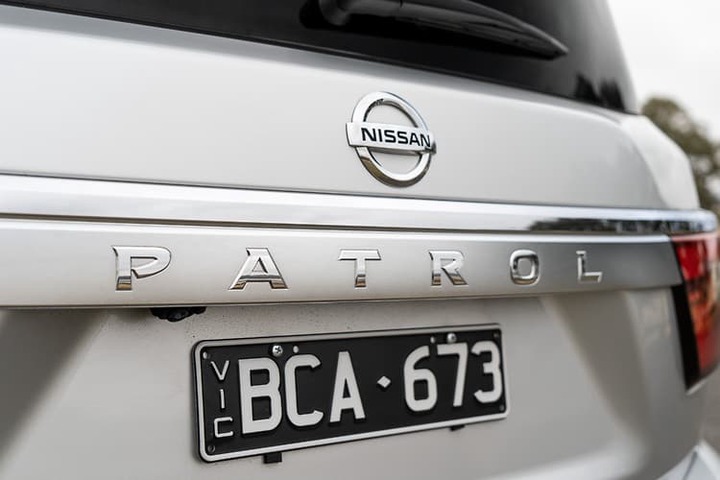 The Patrol Ti-L receives updated autonomous emergency braking, forward collision warning and rear cross-traffic alert, all with moving object detection, but these features also make an appearance for the first time in the Patrol Ti. 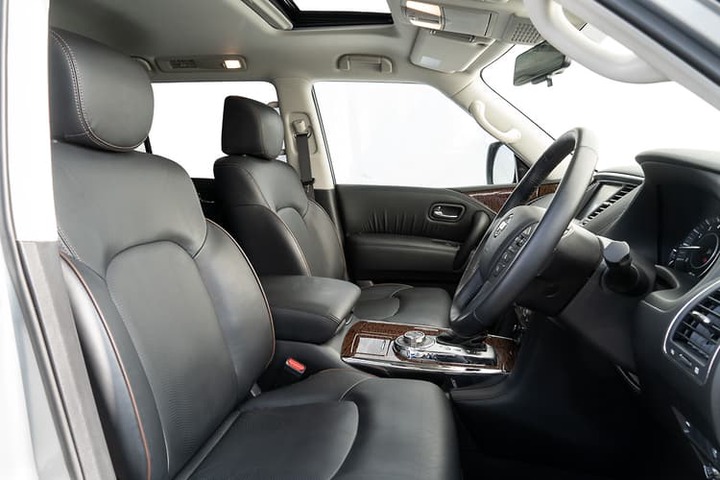 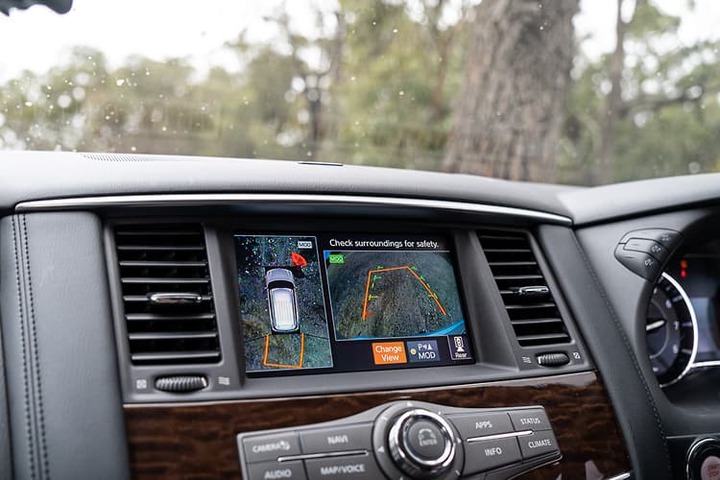 With a 2750kg tare weight, the 2020 Nissan Patrol Ti-L is a big vehicle with an overall length of 5175mm. Even with three rows of seating (2-3-2) there's plenty of room for adults to stretch out, although the third row is really mainly for kids.

The supportive leather-accented seating features heating and ventilation up front while the driver's seat has eight-way electric adjustment with lumbar support and memory function, the latter also incorporating the electric adjustment (tilt and reach) of the steering wheel.

A couple of push-to-open panels in the centre console reveal front cup holders and some oddment storage, but nothing of a shape and size that neatly accepts a typical smartphone, despite the twin USB ports at the bottom of the centre stack.

That, I guess, is no surprise for a platform that dates back to 2013 in Australia and that has been produced since 2010. In a similar vein, this latest Patrol still has a manual foot-operated park brake and there's no digital radio, nor Apple CarPlay or Android Auto. Second-row occupants benefit from 8.0-inch entertainment screens built into the front seat head restraints plus a fold-down centre armrest with cup holders. There are multiple device charging options and air-con controls located on the rear of the centre console bin, which is large and offers a cooling function.

The second row adopts a 60:40 split-fold arrangement for easy access to the third row, which adopts a similar configuration. This makes accommodating various combinations of people and/or luggage easy and there's acres of storage space – 550 litres behind the third row, increasing to 1490 and 3170 with third- and second-row seating folded. The Patrol Ti-L has a maximum payload of 750kg.

Add in the electric sunroof, the 13-speaker BOSE sound system and the opulent cabin trim, and this is no jacked-up rock-hopper you simply hose out come the end of the weekend… 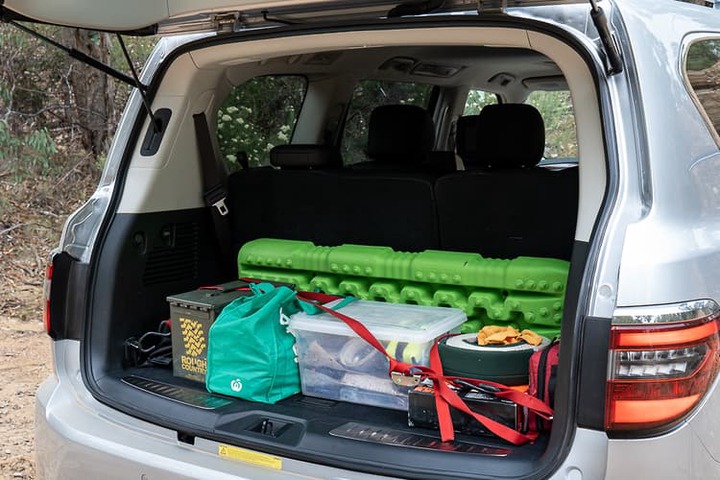 Despite the lavish interior, the 2020 Nissan Patrol Ti-L has all the essentials required for family off-road exploration, with a dual-range transfer case, electronic locking rear differential and reasonably healthy off-road geometry.

There's a very decent 273mm of ground clearance but the Patrol Ti-L's front lip spoiler does limit its approach angle to 28.0 degrees (34.4 degrees for the Patrol Ti). Both variants have a departure angle of 26.3 degrees and a wading depth of 700mm.

While the underbody sees everything largely tucked out of harm's way, the steel front bash plate isn't the strongest we've seen. There's also a guard under the fuel tank. 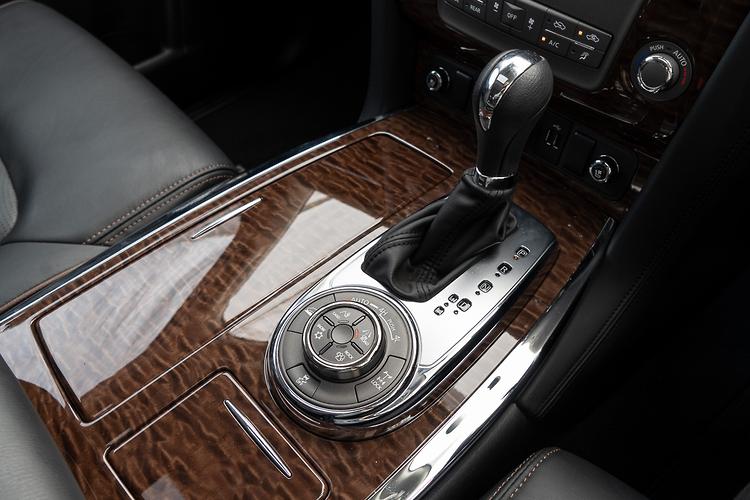 All the off-road controls are neatly grouped together on the centre console, with a dial to select between automatic, four-wheel high-range (4H) and four-wheel low-range (4L) gearing. Clustered within and around the dial are pushbuttons for the rear diff lock, hill descent control, traction control and various drive modes: On-road, Sand, Rock, and Snow. 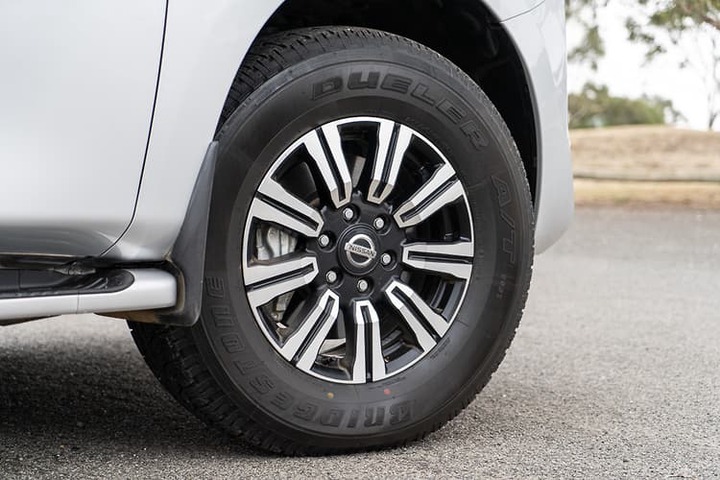 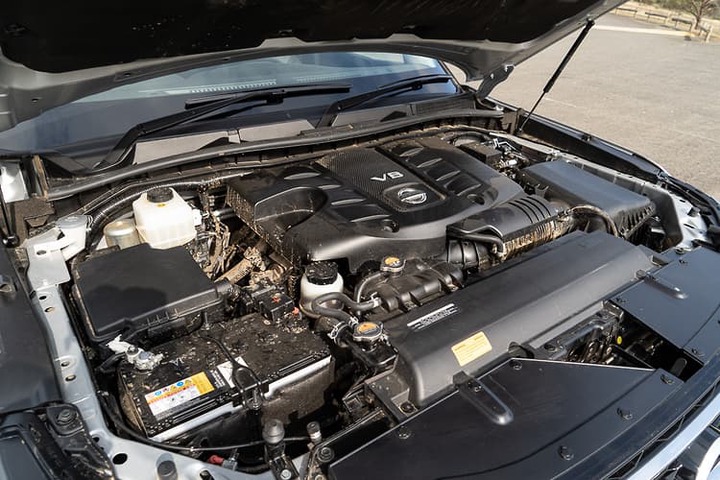