What is the strangest culture you have ever faced?

I will give my answers for two different countries: Japan and the USA.

1: Japan (Probably the best country I have ever visited): One of the first things that I have noticed are the vending machines. In Austria (and in the USA) you usually find them in big department stores. But in Japan, they were everywhere. 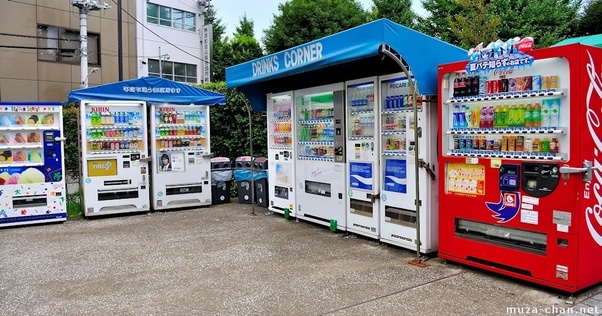 Every 100 meters or so, we pass a white vending machine selling bottled Green Tea, Oolong Tea (my favorite), Pocari Sweat, etc. There are 2.7 MILLION vending machines in Japan - one for every 50 people. All of them consume more energy in a year than a nuclear power plant can produce running nonstop for 4 months! I also noticed that Japan has a very, very good train system. It is often precise to the second, and it rarely has delays. When I rode the Yamanote line, there happened to be a delay on another subway line, and a message was broadcast on the train: “The subway line is delayed due to rain.” 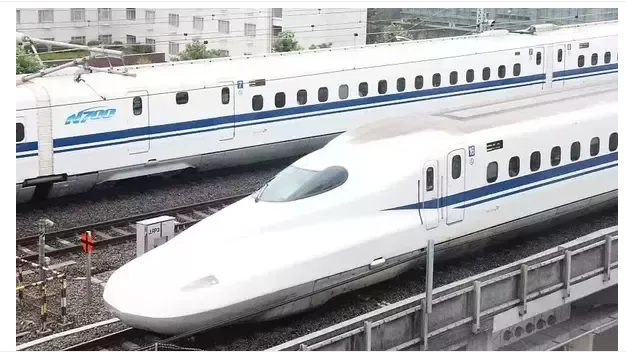 The Shinkansen trains were remarkably smooth. It was as if you weren't moving at all. I think the rails are welded together, so the train doesnt shake around as much. There is also a whole street dedicated to selling plastic food that you can display in front of your restaurant in Tokyo - its called Kappabashi Street. You will also see a building with a giant beetle on it as well: I was walking down a street (I forgot the street name, I think it was near Gotanda Station) in Tokyo when I heard a noise coming from behind me. I saw at least 5 go-kart vehicles, which had people dressed up as Nintendo characters riding them. There are many other things that were different in Japan, but I would like to point out the two main things: Politeness and Safety.

Politeness in Japan is big. In Osaka I was lost trying to look for a bookstore, and somebody helped us find our way to the bookstore. And I don't just mean giving us directions… he guided us all the way to the escalators and the bookstore, when he eventually left us. People in Japan are very polite. When I went with my father to buy some Titanium Glasses from a store, they were displayed right next to the warehouse. Employees that went into the warehouse stopped at the doors, turned around, bowed, and then entered the warehouse. Safety is another biggie in Japan. My friend once lost a wallet with ~20,000 yen (150 euro, 180 USD) on the Yamanote line. He noticed it was gone, and he went to the police and he got his wallet back after 2 days (with the money). Seeing people reserve tables in Japan by putting their phones or wallets on the tables and then getting their food and leaving them alone is not an uncommon sight. If that were to happen in the USA, your wallet/phone will almost certainly get stolen. Although I did not see any, I have heard of kids as young as 5 years old taking the subway to go to school. Japan has been one of the best countries that I have ever visited, and I look forward to revisiting it!

2: United States: The first thing I notice when I arrive at the USA are the shops. We usually go to Walmart on the first day. And we see this: Stores in the USA have everything. In Austria, a Spar only sells food in a small store. In the US, a Walmart has food, clothes, technology, pretty much everything you need in a single store. The closest we have to that in Austria is Metro, a Cash and Carry store. Lets have a look at the Candy department in a Walmart: A whole aisle full of candy. A Walmart in Colorado had three aisles full of Candy, Chips, etc. In a Spar, you only have a small aisle filled with candy! What I find ludicrous are the Pharmacies in the USA. In Austria, Pharmacies only sells pharmaceutical drugs. They look like this:

(They are called “Apotheken”) But in the USA… This is a CVS Pharmacy. It might as well be an Austrian Spar, if you remove all the Pharmaceutical Drugs. The opening times are also pretty cool. 24/7 everywhere. In Austria, stores are usually 6:00–20:00 on Weekdays, 8:00–18:00 on Saturdays and closed on Sundays.

But the best part about the USA? The cities. Lets take a look at a typical European city: Messy. You will probably get lost. What about Manhattan?

Wow! Look how nice and neat the streets look! They look (roughly) square, and streets are numbered as well - so your chances of getting lost are significantly lower! (One exception is Boston.) But these American cities? They are big. One block in NYC probably has more skyscrapers than all of Austria has. Its ridiculous! But all countries have their downsides. For the United States, its the Public Transportation system. Europe has a very developed system, but the US is certainly less developed. I'm not saying that it is completely horrible, but it certainly could be better. There is a clear difference between the Wiener Linien (Vienna) and the MBTA (Boston).