"Nissan has revealed its first new logo in 20 years"

By Horlaheedey (self media writer) | 2 years ago

The new logo turns out from July, in both digital and physical platform. It will initially show up on the new electric vehicles, trailed by a more extensive turn out. The organization records letterheads, dealership signs, internet based life and computerized promoting among these. It is trusted that the four cycles of the logo will have the option to flex over across all this uses.

One part of this will be for computerized interchanges, where the logo can "mirror the present ever-evolving condition" by utilizing various foundations. In a limited time video for the dispatch entitled A New Day for Nissan, the new logo shows up in an assortment of normal settings, from cherry blooms to crystalline formation. 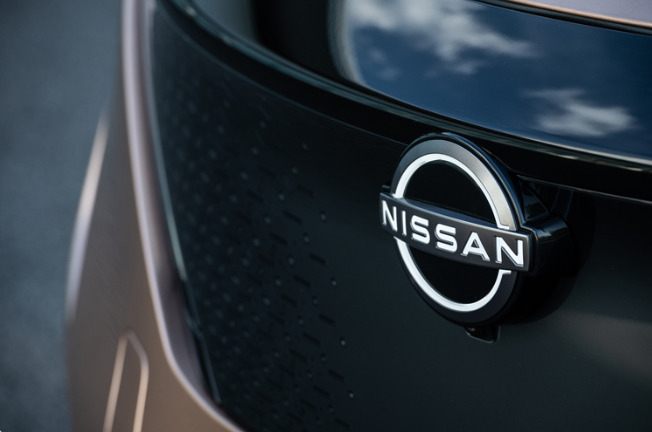 The Japanese car company revealed the logo, along with a new model of electric car, at a “digital world premiere”. In a statement on its US website, the company detailed the design process and outlined the uses for the updated brand identity. A two-year design process followed. “Inspiration was drawn from breakthroughs in science, technology and connectivity – how these have brought fundamental changes to customers,” Albaisa says. “As you can imagine, visions of digitalisation started swirling in our heads.”

Part of the design challenge was taking variables of different vehicles into account. The logo is to be illuminated on electric vehicles, for example. This meant the team had to work out the thickness of the logo’s outline “to ensure a crisp impression when lit” as well as considering government regulations for cars’ illuminated features. The logo also needed to make a “strong impression when not illuminated” like when it is used on more traditional formats like paper.

The company is detailed about the design process: the logo design started in 3D and was then developed in 2D. The illuminated badge was created first and the lit-up area was then used to create the 2D form of the badge.

The previous logo was inspired by Nissan founder Yoshisuke Aikawa’s mantra: ‘if you have a strong belief, it penetrates even the sun’. The logo’s circular design featured a horizontal plate with the company’s name. Nissan says that it was a priority to retain this belief, and so the new logo’s core elements are familiar.

The result is a flat design update, in line with BMW’s hotly-debated new logo and Volkswagen’s updated design from last year. And like Volkswagen, Nissan also announced the design update with the reveal of an electric vehicle. The Ariya is the company’s “first all-electric crossover SUV”.

Nissan calls the new two-dimensional look “more designed than manufactured” and claims it has “the flexibility to live in multiple worlds”. It hopes that the redesign takes the identity from a “hard-edged, industrial feel to a refined, familiar and digital-friendly look”. It says that the new logo symbolises “the company’s dedication to keep innovating for new generations of customers”.

Content created and supplied by: Horlaheedey (via Opera News )

A New Day Japanese Nissan US