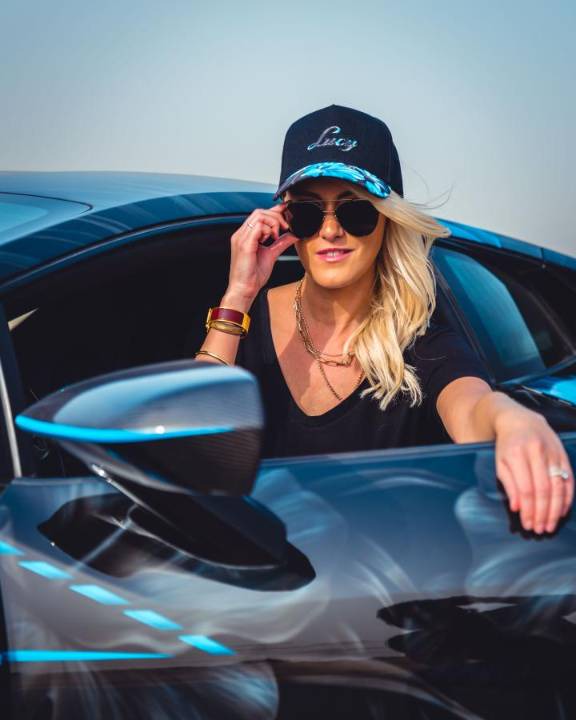 An Instagram Celebrity and a vlogger took to her Page to Appreciate Fan's for always supporting her all through her carrier , On her words she Said " Wow.. i didn't imagine Owning a McLaren 720s "

Though she's planning to Customize the McLaren

The Car was delivered to her by VIP Motors UAE.

The McLaren 720 is said to be one of the coolest among it predecessor, possibility. Lighter, stronger, faster. It’s all of these and more. But how it makes you feel is altogether something else. Prepare to push the limits of what you thought possible in a supercar.

McLaren Automotive (formerly known as McLaren Cars) is a British automotive manufacturer based at the McLaren Technology Centre in Woking, Surrey. The main products of the company are sports cars, which are produced in-house in designated production facilities. In July 2017, McLaren Automotive became a 100% owned subsidiary of the wider McLaren Group. The 720S features McLaren's new M840T engine which is an evolution of the M838T used in the 650S. It is a 3,994 cc (4.0 L; 243.7 cu in) twin-turbocharged V8 engine. However, the stroke has been lengthened by 3.6 mm to increase the capacity and 41% of the engine's components are new. The engine uses new twin-scroll turbochargers which have a low inertia titanium-aluminium turbines which spin with maximum efficiency with the help of actively controlled waste gates.

Check Blazer - How to Wear it with Class