Winning $45,000 lottery ticket found in man’s pocket after he died after drowning

By ClawOutreach47 (self media writer) | 9 months ago

A man from Michigan, USA, died without cashing the $45,000 lotto ticket he had in his wallet.

Gregory Jarvis, according to ABC News, purchased the winning ticket on Sept. 13 at the Blue Water Inn, where he was a regular. He'd kept it in his wallet while waiting for a new social security card, which is required to win a Club Keno prize. 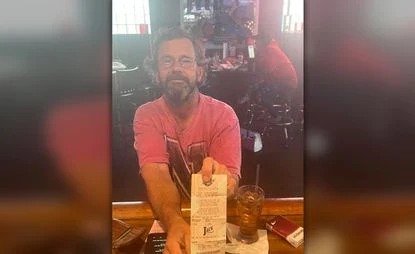 The 57-year-old man was discovered on a private beach in Saginaw Bay on Friday, September 24. Jarvis drowned, according to the coroner.

Jarvis reportedly applied for a new social security card after discovering he couldn't collect his prizes, but it has yet to come in the mail.

Jarvis' boss returned to the bar a few days after his last visit to say the big winner hadn't shown up for work.

Dawn Talaski, owner of Blue Water Inn, described the lucky recipient as a "really nice guy" who came in virtually every day.

Jarvis was buying beverages to celebrate with guests on Sept. 19, she told ABC, despite the fact that he had yet to redeem his winning ticket.

Jarvis had planned to visit his sister and father in North Carolina with some of his winnings, according to Talaski.

Jarvis tripped and fell while tying up his boat, hitting his head, and ending up in the water, according to Caseville Police Chief Kyle Romzek. When officers discovered the winning ticket, they decided to investigate Jarvis' death further, but found no indication of foul play.

Content created and supplied by: ClawOutreach47 (via Opera News )