Check out for your state among the 10 developed states in Nigeria.

By EnochAdeyemi (self media writer) | 2 years ago 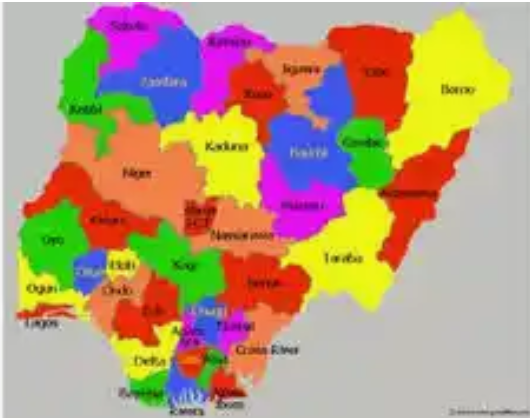 The developed state are also the richest states in Nigeria because they can fend for the state's activities without necessary assistance from the Federal Government.

Below are the 10 developed states in Nigeria.

Lagos State is discovered to be the most developed state in Nigeria due to the commercial activities of the state. It is also the richest with the gross domestic product of about $33,679 billion. This makes the state to stand out among its counterparts in the aspect of commercialization. The population is estimated to be 20 million people and still increasing. The economy of Lagos is the 5th largest in Africa. Areas in Lagos State like banana island, lekki, ikoyi, Ikeja are places that are well developed in Lagos State.

It is located in the northern part of Nigeria. It was formed in the year 1967. It is known to be the state which has fast growth in the development of commercial activities. It has one of the highest population of people in Nigeria. The gross domestic profit of the state is over $12 billion. The government of the state has embarked on development projects that cost millions of naira.

It is located in the south-south area of Nigeria. It is an oil producing state with different oil and gas companies which makes it one of the richest in Nigeria. It has a GDP of $21,073 billion due to the investment in oil and gas sector.

It has developed cities with good road network, infrastructural facilities, air ports, sea ports and so on.

It is ranked the 4th largest economy in Nigeria. It participate mostly in mechanized farming which makes it one of the best state that deals with food production. The government of the state has really invest in the aspect of industrial development, road construction, infrastructural facilities.

This is one of the richest state with low poverty rate. The development of the state was due to the judicious investment of the past government especially in human infrastructure. The investment has also caused development in other sectors in the state's economy. The standard of living within the state is affordable.

Abia state has good government that makes it well developed. People within the state are involved in textile making, footwares, plastic production etc. It is an oil production state and also deals with agricultural production.

It is one of the most peaceful state in Nigeria. The government invest much on the aspect of security for the protection of lifes and properties of the people within the state. It has good infrastructures, high quality education. Best schools and institutions are located in the state. An example of one of the best institution in Nigeria which is located in Enugu state is the University of Nigeria, Nsukka.

It is one of the best state in Nigeria. The government of the state really deals with the construction of roads, rehabilitation centres. It has tourism areas where people can go for vacation. The state government has embarked on infrastructure development project on urban redevelopment that cost millions of naira.

It was established on 23rd of September 1987 during the military regime by General Ibrahim Babangida. It is an oil producing state located in the south-south area of Nigeria. It has attractive centres which makes the state so beautiful. It has tourism centres, stadium and well laid infrastructures.

Abuja is the Federal Capital Territory of Nigeria. This makes it one of the developed places in the country. Abuja consist of the presidential villa and other government parastatals. It has good road network and good electricity.

Make your opinion known in the comment section below.