Have You Wondered Why Most Rich People Get Richer And Poor People Get Poorer? Here Are The Reasons

While it is true that money is not easy to get and getting rich is very difficult, one truth most people may not be aware of is that the most difficult task is staying rich after accruing wealth. In fact, it is more difficult to remain in wealth than to acquire it.

A simple truth about wealth is that the more you have, the more you feel you need to get, and the more you increase your investment or expand your income stream in order to have more. This is the motivation behind rich men and reason why it always appear like the rich always get richer. 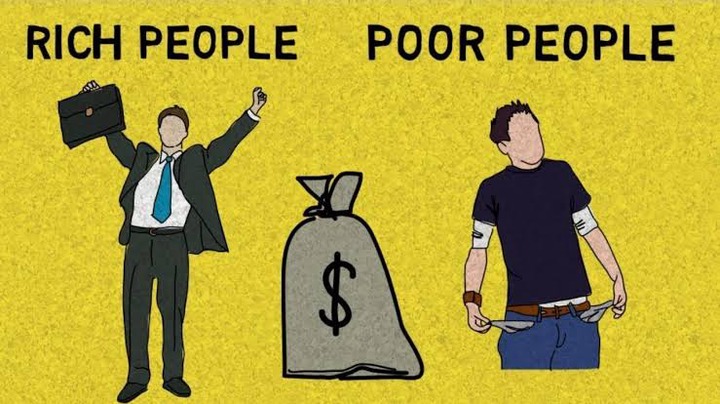 May I also add that being rich, staying rich or being poor first start with the mindset of individuals. Those who are poor or stay poor usually set a standard of what they consider as "success" for themselves. This could be getting a job or establishing a small business that pays their bills or could afford them means of livelihood. Once they achieve this standard, they become comfortable thinking all is settled. Meanwhile, little did they know that as your revenue increases, all your liabilities also increase. This is one reason most people are either stuck in their poverty or don't grow beyond certain standard.

Meanwhile, those with rich mindset knows there is no standard of success that is ever enough. They set standard per period, and upon attainment, they set a higher standard for themselves. Once they attain their new height, they set a new one and so on. They know that staying at the top of the wealth echelon requires continuous improvement.

Another reason why rich people get richer while poor get poorer is that the rich man's goal is to give himself a decent life but he knows that his assets and income must always overshadow whatever he spends as liability. But the poor would do all they could to acquire liabilities in order to feel good without putting extra efforts to increase their assets and revenue base to fund their cravings. 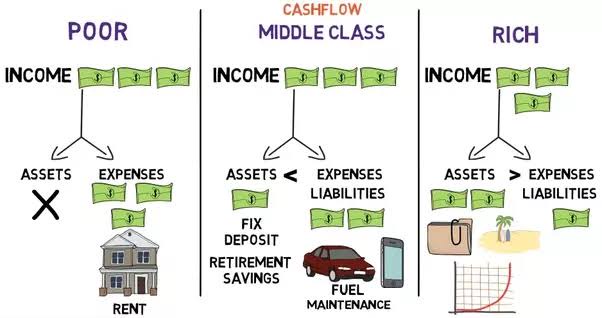 Let us see this two instances:

Instance 1: A jobless man with mind of being rich that has no means of income but gets a job that pays N50,000, knows that the salary is not enough to give him what he wants in life irrespective of the fact that his new job will improve his standard. He knows that to step up to the next level, he needs to either get a business on the side to expand his income base or to get a better paying job. Depending on what he decides, he either acquires a new skill, learn a trade or get higher certification to give him extra edge in the job market. If he gets a higher paying job, he set a new standard for a better paying job and acquires necessary certifications that is RELEVANT to his industry or the industry of his dream in order to move up the ladder. If he decides to expand his base via small business, he seeks to expand the business further. The trend continues until he either becomes a senior executive in his industry or a major businessman. Even after attaining this height, he set new high standard for himself and so on.

Instance 2: A Man with poor mindset:

He gets a job that pays him 100,000 naira monthly (I am being meticulous). He relaxes and feels he has arrived. He buys expensive shirts, and shoes once he gets salary. He also buys decent phone and moves to a relatively good apartment after 2 years where he pays 450,000 naira or more annually. He also buys a car after 3 years worth N1.2 million. Years into his job, he either remains at a spot because he failed to improve himself in the industry nor invest in other income spending all his income to fund his lifestyle, or he get drops lower once his income can't meet up his lifestyle. Should inflation set in, his means of livelihood drops drastically and he ends up a poor pensioner after retirement if he doesn't lose his job. 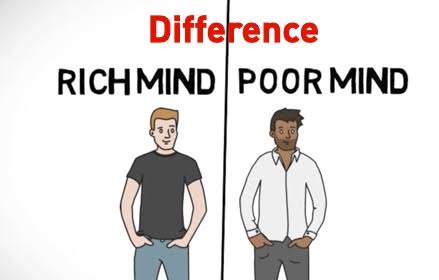 10 Classes Of People By Annual Income

So I developed 10 classes of success based on individual's annual revenue/income. Find below categories of success 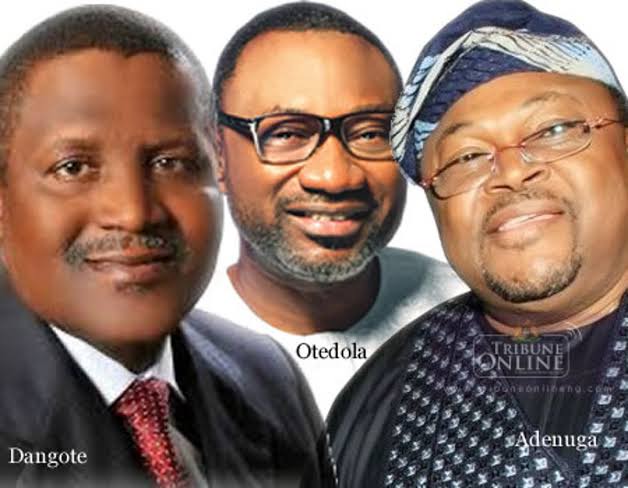 Extremely Wealthy/Multibillionaires: People that rakes in at least N3 billion and above annually. They are also called multibillionares. They can afford any lifestyle including luxury without the blink of an eye.

Wealthy/Billionaires: This are people that rakes in at least a billion naira annually.  They are also wealthy as they can afford any luxury but not as much as multibillionaires. They easily move up the ladder to the status of extremely wealthy in few years or even months. 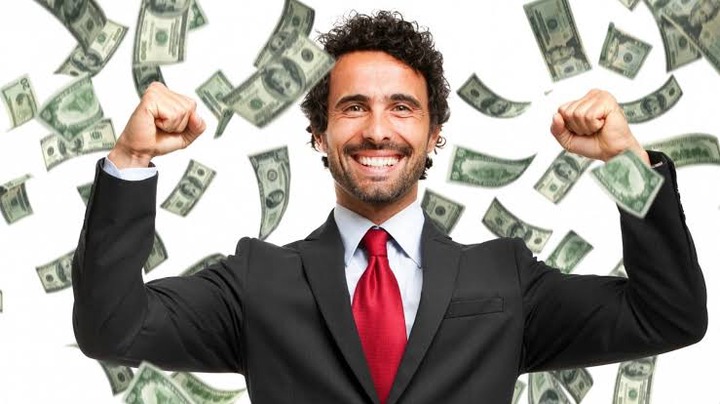 Super multimillionaires+: The Super Multimillionaires+ are those that gets at least N500 million naira annually. Those in this category can always afford decent lifestyle for themselves and those around them. With consistency and hardwork, they easily move up the ladder to join the billionaire squad.

Multimillionaires+: Those who fall into this class are people whose annual income is at least N50 million naira annually. They only need to keep up the hardwork to be able to move to join league of super Multimillionaires.

Multimillionaires: you are also a mulmillionaire if you rake at least N20 million naira annually. 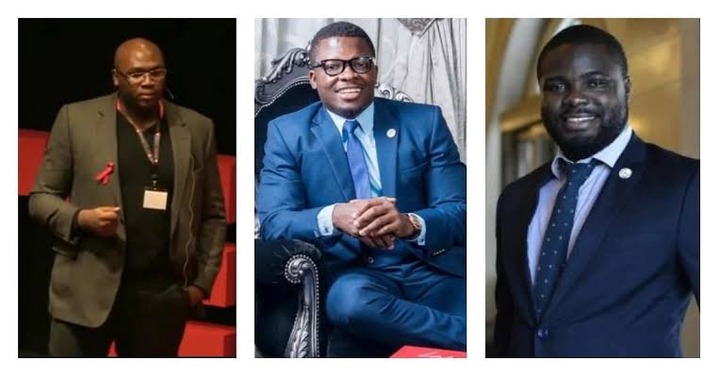 Struggling Millionaires: Those whose annual income or revenue falls between N2 million and N4.9 million annually. They aren't poor but at same time aren't rich.

False Millionaires: False millionaires are people whose annual income stands at N1 million annually but not up to and N2 million naira annually. I call them false because most in people this category are easily deceived that they are doing fine by the million figure but in reality they are not.

NB: Most employees in decent organisations either fall in the category of struggling millionaires or false millionaires. They easily go broke or return to poverty if anything negative happens to their employment.

Those whose annual income/revenue stand at N500 thousand to N999 Thousand annually is in the lower class.

Lower Lower Class: Those with annual income of at least N300 thousand but below N500 thousand annually.

Those who earn anything below N150,000 naira annually.

Conclusively, God is so merciful to have given man the knowledge and resources to legitimately succeed and acquire all that is needed to give us decent lives. HE has given humans the templates and set of principles for us to achieve our objectives irrespective of the circumstances of our birth. 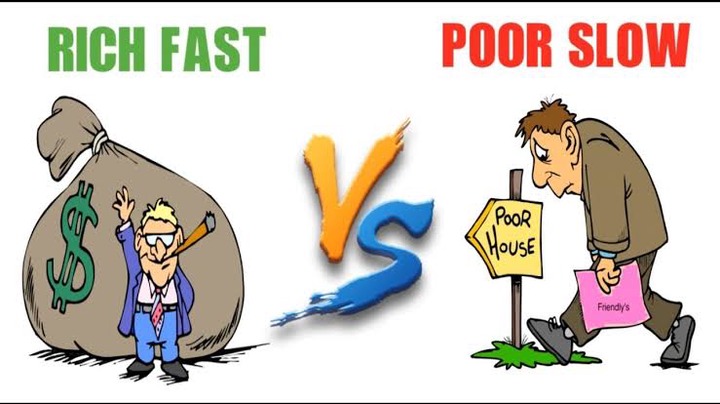 Therefore, it is now incumbent on us to decide whether we desire to be rich and grow in riches or to be comfortable with out little success and remain where we are. No matter the class we fall into at present, it is incumbent on us to set a higher class as target and gradually, we shall make it legitimately.