History of money and facts about it.

By Theluckiest1 (self media writer) | 2 years ago 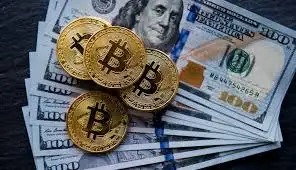 Money. People worry about it, think of ways to get more of it, and dream about how to spend it. But how much do we really know about money? Keep reading for a short history of currency. 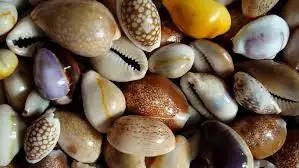 Cowrie shells and other items from nature

Some of the earliest currencies were objects from nature. A notable example is cowrie shells, first used as money about 1200 BCE. Although they may seem a pretty random choice, the shells had a number of advantages: they were similar in size, small, and durable. While the mollusks that produce the shells are found in the coastal waters of the Indian and Pacific oceans, the expansion of trade meant that even some European countries accepted cowrie shells as currency. Shells in the form of wampum (tubular shell beads) were used as money by Native Americans. Another currency from nature was whale teeth, which were used by Fijians. And the people of Yap Island (now part of Micronesia) carved huge disks of limestone that eventually became currency and remain part of the island’s culture. 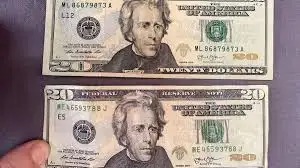 Counterfeiting dates to the invention of money. Even wampum was the target of counterfeiters. Forgery proved such a huge problem around the world that harsh penalties were enacted. Chinese currency from about the 14th century carried the warning that counterfeiters would be decapitated, and England was known for punishing perpetrators by burning them at the stake. In the American colonies too, death greeted early counterfeiters. Numerous measures were taken to prevent forgeries. Ben Franklin, who owned a firm that printed money for several colonies, notably misspelled Pennsylvania, believing that counterfeiters would correct the error in their forgeries. Today anti-counterfeiting measures are much more elaborate. For example, the $20 bill—the most counterfeited note in the United States—has raised printing and a watermark and security thread that are visible when the note is held to the light. However, penalties for counterfeiting have relaxed. In the United States, the maximum prison sentence is 20 years. 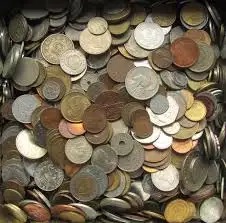 While the use of metal for money can be traced back to Babylon before 2000 BCE, standardized and certified coinage may not have existed until the 7th century BCE. According to many historians, it was during this time that the kingdom of Lydia (in present-day Turkey) issued the first regulated coins. They appeared during the reign (c. 610–c. 560 BCE) of King Alyattes and were made of electrum, a natural mixture of gold and silver. Crudely shaped like beans, these coins featured the royal symbol, a lion. Alyattes’ son, Croesus (reigned c. 560–546), reformed the kingdom’s currency, introducing silver coins and gold coins. Soon such currency began appearing elsewhere. 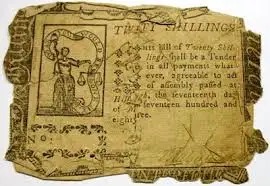 About the 6th century BCE leather and animal hide began to be fashioned into currency. Early ancient Rome reportedly used this type of money. It was also found in such areas as Carthage and what is now France, and Russia is believed to have used leather money into Peter the Great’s reign (1682–1725 CE). The Chinese emperor Wudi (reigned 141–87 BCE) created currency out of skins from his personal collection of white stags. It was fringed and decorated with elaborate designs. Although no longer used, leather money may have left a lasting legacy: some believe it gave rise to the use of buck as slang for dollar. 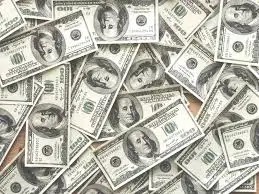 Given that paper is widely believed to have originated in China, it is fitting that that country introduced paper currency. This innovation is widely thought to have occurred during the reign (997–1022 CE) of Emperor Zhenzong. It was made from the bark of mulberry trees (so, in a sense, money really did grow on trees). By the late 18th and early 19th centuries, paper money had spread to other parts of the world. The bulk of this currency, however, was not money in the traditional sense. Instead, it served as promissory notes—promises to pay specified amounts of gold or silver—which were key in the development of banks. 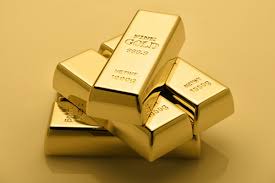 Unsurprisingly, currency comes with a number of problems, one of which concerns fiat money. This is currency that is issued on the “fiat” (decree) of a sovereign government and, unlike gold and silver coins, has no intrinsic value. Countries can thus issue such money at will, and some did (and do), potentially making the currency worthless. This became such a problem that in 1821 the United Kingdom—then the leader in international finance—introduced the gold standard. In this monetary system, the standard unit of currency is typically kept at the value of a fixed quantity of gold, which increases confidence in international trade by preventing governments from excessively issuing currency. Eventually, other countries, including Germany, France, and the United States, adopted the gold standard. However, the system had its drawbacks. Notably, it limited a country’s ability to isolate its economy from depression or inflation in the rest of the world. After the Great Depression (1929–c. 1939), countries began to rethink the gold standard, and by the 1970s gold was no longer being tied to currency. Since then there have been a number of extreme cases of hyperinflation. A notable case is Zimbabwe in the early 2000s, when the country issued currency in denominations as high as $100 trillion—which was worth about a loaf of bread. 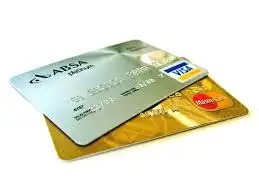 While credit has existed for ages, the first universal credit card was not introduced until 1950. That year Americans Ralph Schneider and Frank McNamara founded the Diners Club. Other cards were soon created, and in 1959 American Express debuted a plastic card. We have IBM to thank for the magnetic stripe on credit cards, which was introduced in the 1960s to contain account information. Because of the stripe, merchants no longer needed to make phone calls to obtain authorization from credit companies. In the 1990s, cards began to have chips embedded in them to encrypt their information, providing even greater security. Other changes involved account balances. In the beginning, credit card users were required to pay the full balance at the end of the month. Eventually, American Express allowed consumers to carry balances—though interest was applied—and other credit companies quickly followed. Customers took advantage of this development—maybe a little too much. In 2017 American consumers were carrying $1 trillion in credit card debt. Bitcoin is a digital currency system created in 2009 by an anonymous computer programmer or group of programmers known as Satoshi Nakamoto. The currency is not issued by a central bank and is not regulated, though a decentralized network of computers keeps track of transactions. Users of Bitcoins are anonymous, known only by their digital wallet ID. The value of Bitcoins is determined by bidding, similar to the way stocks are valued. How are Bitcoins created? In a process called mining. This involves a race between computers to solve complex math problems and thus verify blocks of transactions. While that may sound easy, it isn’t. It’s estimated that nearly seven trillion attempts may have to be made before a solution is discovered. In the end, the owner of the winning computer gets newly created Bitcoins, and the system is made more secure. The cap for the number of Bitcoins that can be created is 21 million, and more than 17 million have been created so far.